Halloween is a big day for kids, especially when it comes to getting to go trick or treating. Mason Boudreaux, 25, who lives in Lake Charles and is an air conditioner technician, had gotten a text from his fiancé that it was time to leave the stand and head home to get ready to take their two youngsters for the annual Halloween treat gathering event. Something happened, however, that put the brakes on his leaving his stand and heading home immediately.

“I hunt on a 200 acre lease in Allen Parish with some friends and I decided to head to my ground blind that morning with my crossbow to see what I could see,” Boudreaux said. “I had only gotten in the lease at the beginning of bow season so I really didn’t know what was there. I just wanted to go sit and see what might show up.”

Crawling into his ground blind at 5:45 that morning, he had sat until noon without having any action.

“I like to use a grunt call, especially now that the rut is about to begin in Area 3,” he said. “I had used it off and on all morning without success. Around 11:00, I hit the call when I heard a buck responding as it grunted back.”

Boudreaux’s stand overlooks an area with a few openings that are surrounded by thickets. The grunt made by the buck came from a thick area he couldn’t see into. 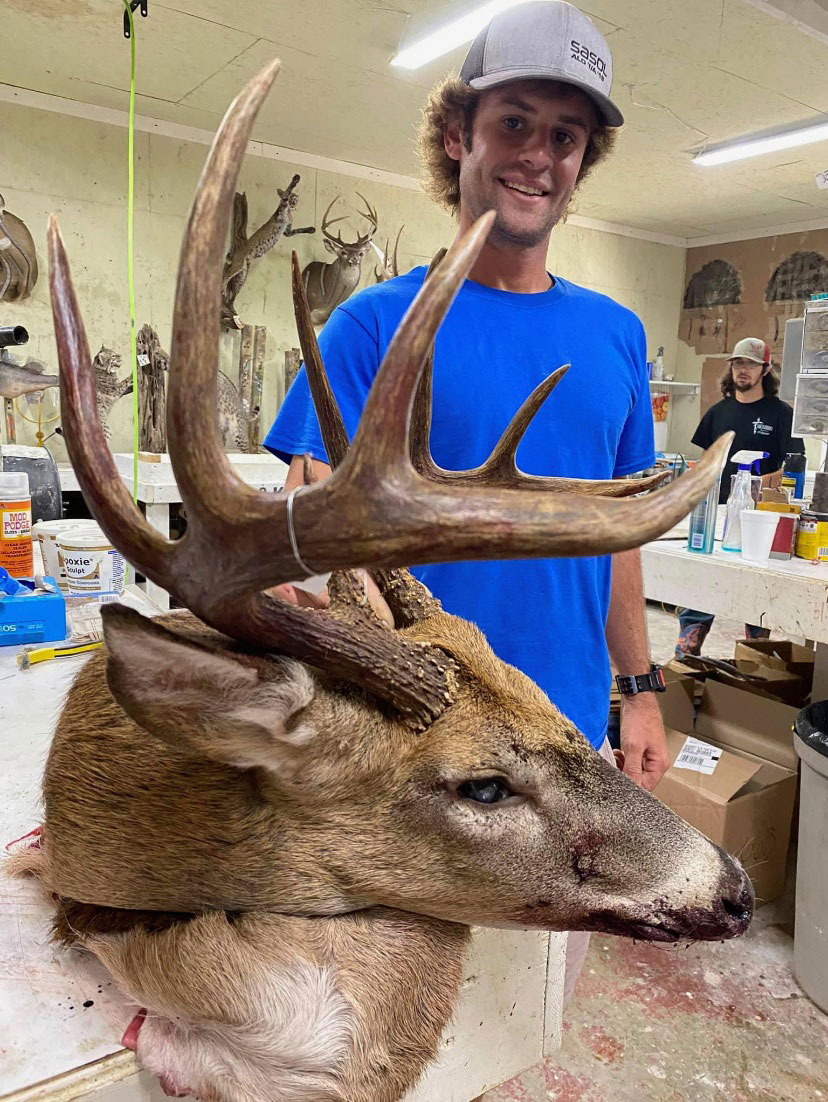 “About the time I was getting excited about hearing a buck grunting, I got a text from my fiancé telling me I needed to come home and help her get the two kids ready to go trick or treating,” Boudreaux said. “I texted her back that I had heard a buck grunt but no matter what, I would leave my stand at noon to head home. I figured if he hadn’t shown up, I’d at least know where he was hanging out and come back and hunt him later.”

At noon, Boudreaux stepped out of his blind preparing to head home. He got his backpack on his shoulders, picked up his crossbow, looked up and saw a big buck standing at 120 yards. The buck, alerted to Boudreaux’s movements, darted back in the thicket.

“I was sick at my stomach knowing I was looking at the biggest buck I have ever seen and I have to leave,” Boudreaux said. “I figured that before I headed home, I’d move in a little closer to where I had seen the deer and give it one more try.”

Easing down the lane about 50 yards, Boudreaux found a tree he could sit down against and hit the grunt call again.

“I let it get quiet for five minutes or so and hit the grunt call,” he said. “A few minutes later, I hit the call again, I heard him grunt and could tell he was moving in my direction. Then he stepped out at 70 yards, eventually coming to within 60 yards of where I sat, and turned broadside.” 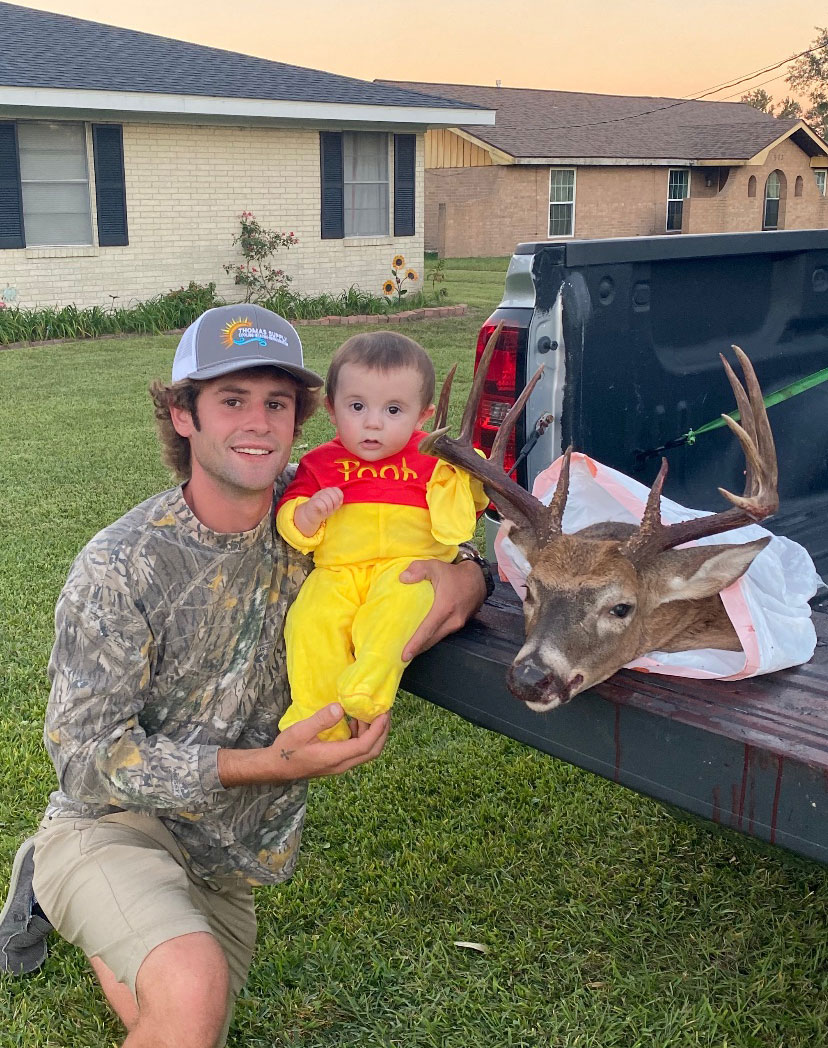 Boudreaux has practiced with his Ten Point crossbow and Wicked Ridge bolts tipped with Rage broadheads and felt comfortable hitting a target at 50 yards. He felt 60 yards would be the maximum so he held high and released the bolt.

“The buck ran into a thicket and I heard him crash,” he said. “Since time was of the essence, I headed that way immediately and found him piled up 10 yards into the thicket.”

The buck, estimated to be either 3 ½ or 4 ½ years old, sported a rack of 10 points with mass throughout the rack, 18-inch inside spread and weighing 182 pounds. The rack was green scored at K&K Taxidermy at 144 inches of mass.

For Mason Boudreaux, it was a trick that turned into a treat on Halloween day.