The quickest way to clean specks — or most any fish

Admit it: The worst part of a fishing trip is not finding trout, but cleaning the day’s catch.

Yeah, we all say it’s part of the experience, but few people really like getting their hands full of slime and fish guts.

So it’s important to get the job done as quickly and as efficiently as possible.

That’s where these seven steps come in. I first learned it by watching guides in Venice, La., and soon discovered that it’s a way to work around the rough bellies of reds and specks.

Now it’s the only way I clean pretty much any fish but panfish (which, honestly, is not that difficult).

And once you get the steps down pat, they all seem to flow together almost as a single, continuous movement.

You’ll burn through the day’s catch, get the fish in the freezer and clean up in time for dinner.

1.) With the cutting edge of the knife turned towards the tail, insert the knife through the fish just below and slightly behind the pectoral fin. 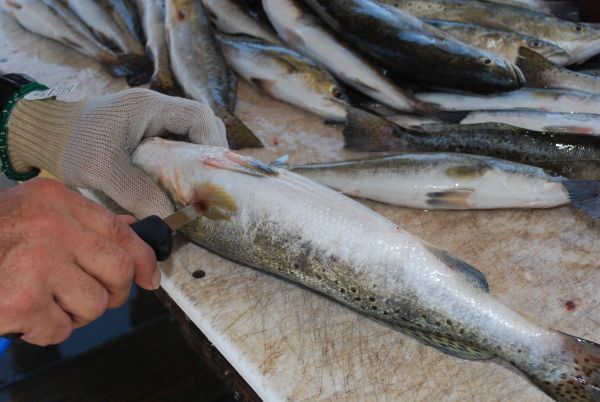 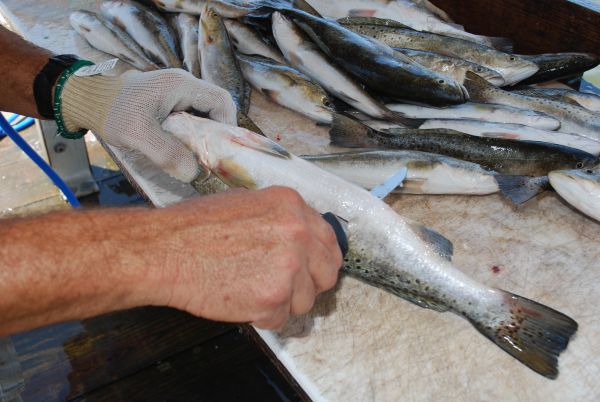 3.) Lay the fish on its side and make a vertical cut to the backbone behind the head of the fish. 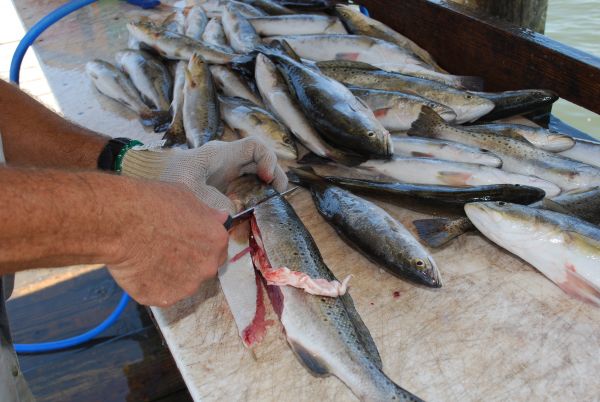 4.) Turn the knife blade to face toward the tail and hugging the backbone cut down the length of the fish to separate the fillet from the carcass. 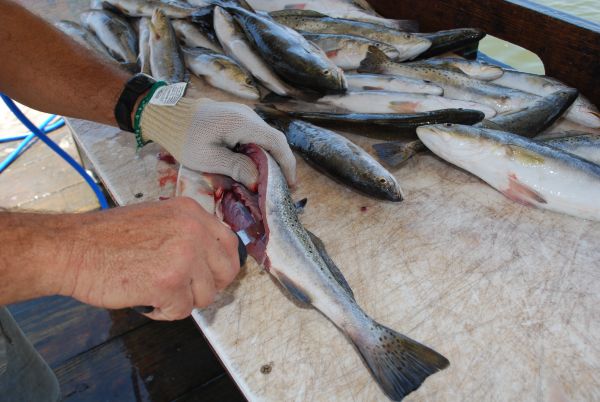 5.) Remove the fillet and set it aside. Its edges should be smooth and straight. If it is raggedly, the knife needs honing. 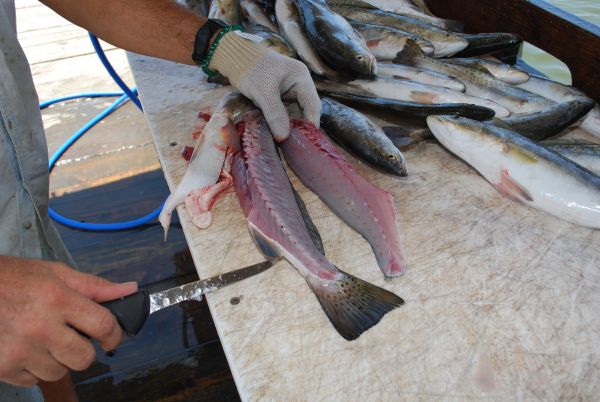 6.) Turn the fish over and repeat the filleting procedure for the remaining side. Then cut out and discard the rib cage from the fillet. 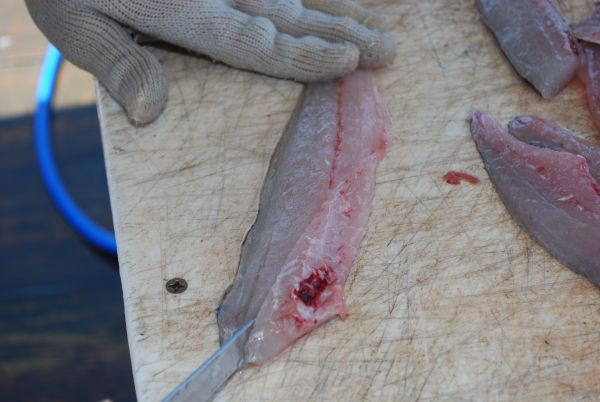 7.) With a fingertip, pinch the fillet, skin-side down to the cleaning surface, and with the other hand use the Flex blade to gently cut-scrape the flesh from the skin. 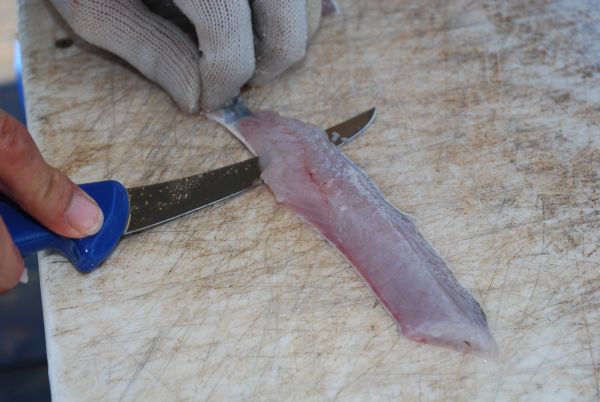