With Louisiana’s fragile shorelines retreating at alarming rates, shoreline protection systems have become key defenses in protecting what remains for generations to come. As a result, installations of various hard structure types are cropping up as part of the daily battle against land loss.

Although large rocks are one of the most-common examples of such efforts, others are also being installed using a variety of man-made objects. Dubbed “living shorelines,” these installations offer a number of benefits beyond shoreline protection against wave action.

From domes and cones, from triangular to circular, government entities like the Coastal Protection and Restoration Authority (CPRA) are experimenting with manufactured structures well beyond the old standby boulders. Mesh baskets filled with oyster shells are also a key design being tested for further implementation.

“Biodiversity” may be the technical term project planners use, but to area fisherman, that translates to having all the key ingredients for productive fishing locations, as the structures are havens for a myriad of aquatic species. 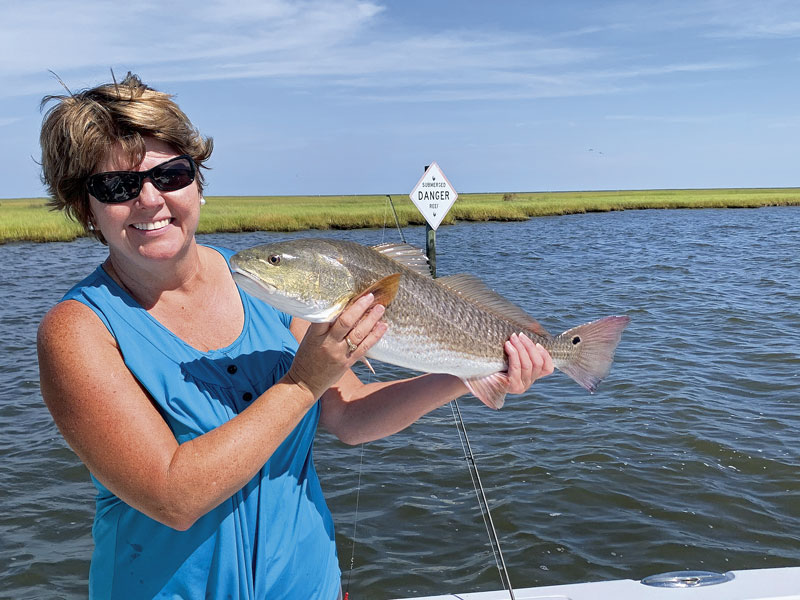 Though surface observations make them appear to be promising, their full value is only fully understood when a low tide reveals just how much biodiversity is present. Barnacles and oysters affix themselves to the structures, baitfish and crabs swim in, through and around every nook and cranny as well. To area anglers targeting gamefish like speckled trout, redfish, black drum and sheepshead, these structures provide everything a fish could want, from protection to food.

As the variety of species and structure shapes may greatly vary from reef to reef, there’s no shortage of ways to effectively fish them. From your favorite soft plastics to live bait and even topwaters, a number of approaches can produce throughout the year.

The tried-and-true approach for maximum species variety would be live-bait offerings suspended above or around the reefs with a cork. Adjusting for the depth of the installation to avoid snagging, live or even dead shrimp are typically not passed up by much. Depending on the particular shape of the structure, the key may be a precise cast between or along the edge of the various reefs for redfish, sheepshead and black drum, while working lures off the structures is a bit often produces the trout.

Given the varieties of species often available, such structures are ideal for less-experienced anglers, who just want action of any kind and don’t care to target any one species. The boat can be positioned fairly close to the reefs, so a short pitch and not a long cast is all it takes when properly anchored. You never know what might be on the other end of the line when the cork goes under.

On high-tide events, when certain structure types might be only submerged by a foot or two of water, I have a hard time not throwing topwater plugs over to the back side of the reefs and working them over the top and back to the boat. We’ve seen some explosive strikes from both redfish and trout ambushing the lures as they lie in wait within the structures. This approach can be very effective for those looking to up the excitement on their outing.

Such shoreline projects appear to be a critical tool for long-term plans to combat coastal erosion. With living shoreline installations, the needs of both the fish and fishermen are met, all while preventing further degradation of our fragile remaining marshes. Keep an eye out for installations coming to a marsh near you in the years to come.