Cleaning redfish over 25 inches long is so difficult that many fishermen don’t even attempt it, justifying their actions with a claim that “they don’t taste any good, anyway.”

Actually, large redfish are quite tasty — especially in the hands of a skilled cook, of which Louisiana has no shortage.

Justin Head has his own method of cleaning big redfish that doesn’t require hacking through rib cages and leaves virtually no meat behind on the frame.

Try it for yourself and you will be surprised how good bull reds taste after all.

1) With the back of the fish facing you, make a vertical cut to the backbone behind the gill over. 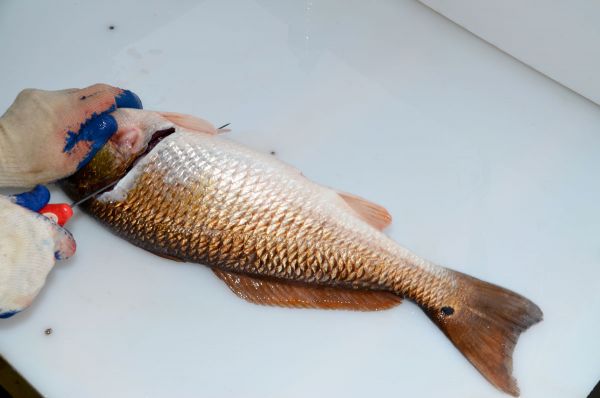 2) Run the blade of the knife along the “seam” between the side of the fish and the dorsal fin. 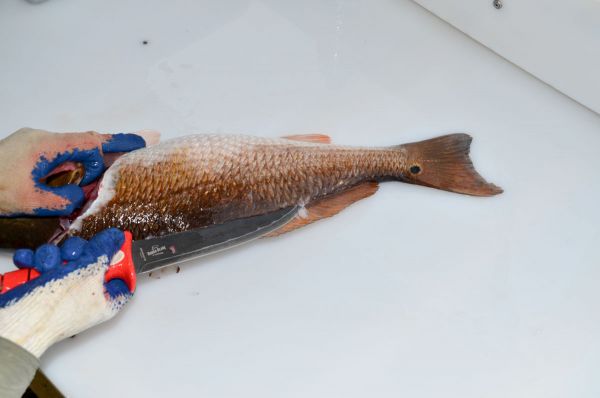 3) Cut the flesh from the frame, being careful to trim closely to the bones of the backbone. 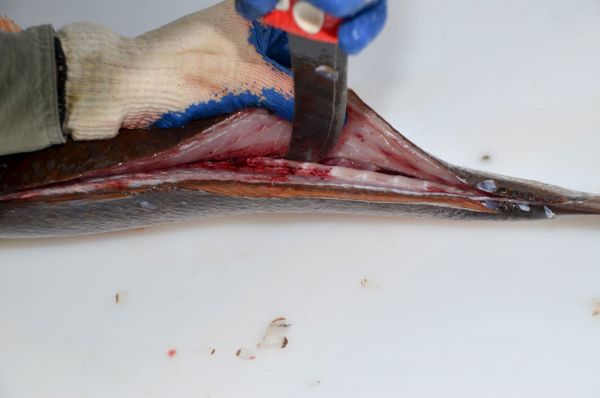 4) Once to the rear of the rib cage, run the point of the knife completely through the fish. 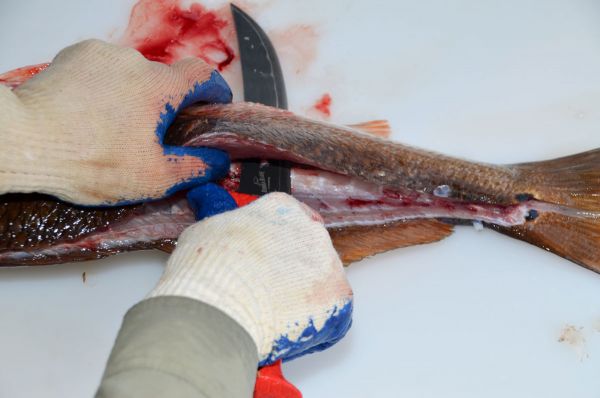 5) Cut the rear of the fillet completely free. The fillet should now be attached to the fish only by the rib cage. 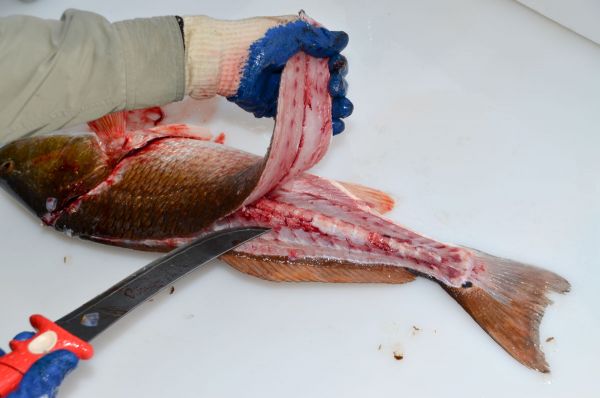 6) Turn the fish over and, with the belly facing you, make a vertical cut to the backbone on the second side of the fish. 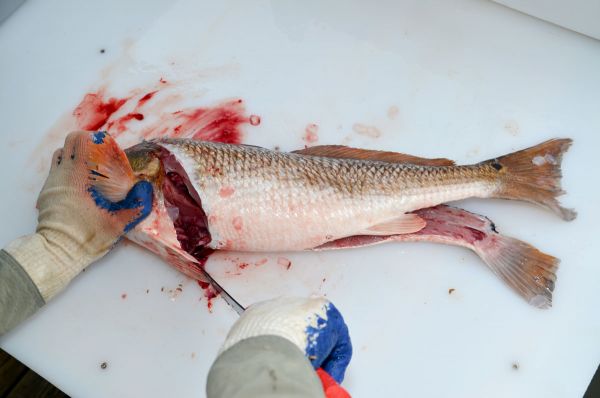 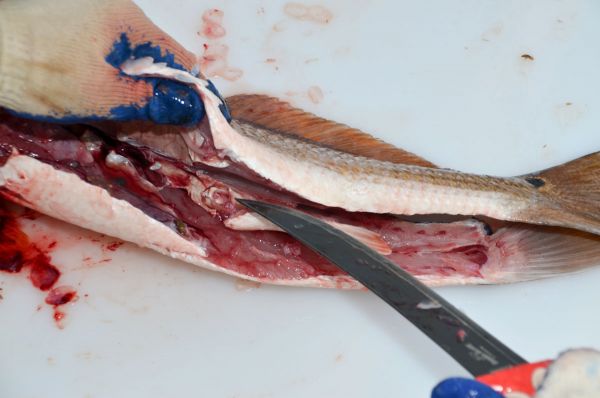 8) Spin the fish around so its back faces you and cut the fillet free from the frame, beginning on the seam along the dorsal fin. 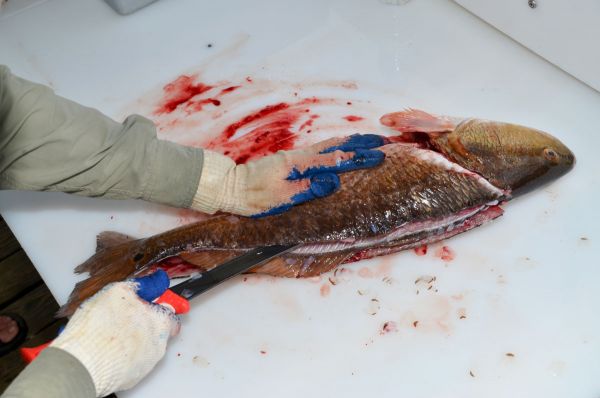 9) The fish should now resemble a butterfly, with the fillets attached to the frame only by their rib cages. 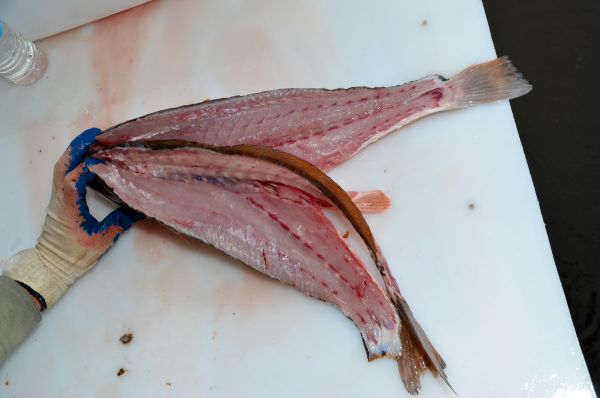 10) Lay the fish with its back facing you and hold down the bottom fillet with one hand. With the other hand, grip the frame and the other fillet together and with a firm motion, lift it upward and forward from the bottom fillet, essentially breaking the fillet loose. 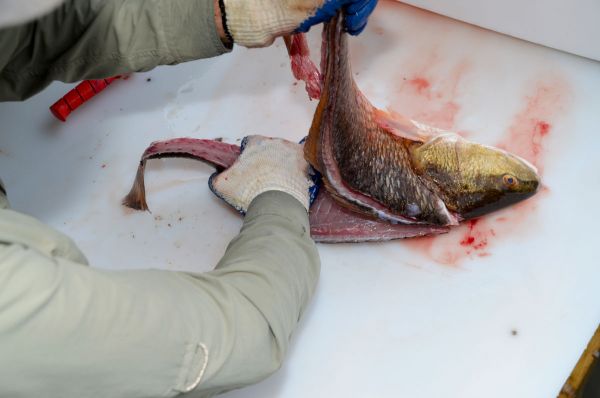 11) Turn the fish over and with one hand hold the frame down. Grasp the remaining fillet firmly and with the same motion as with the first fillet, break the frame free from the fillet. 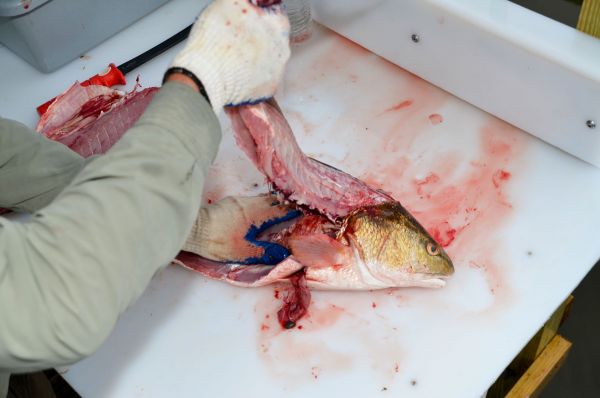 12) Discard the frame. Notice how little flesh is left on it. Trim the rib cages from the fillets, and they are ready for cooking “on the half-shell” on a grill. 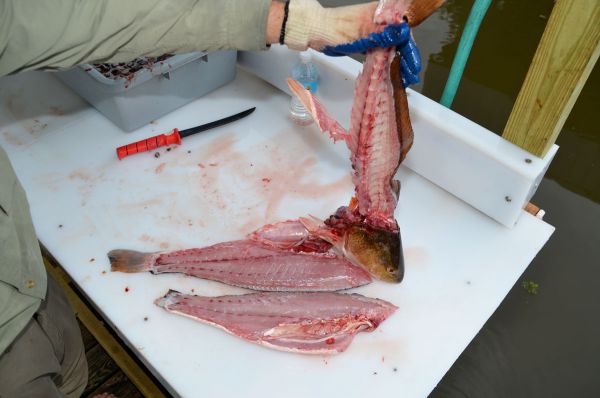 Coastal fish populations didn’t crash after the Deepwater Horizon spill – why not?

Ten years later, researchers have found that the Deepwater Horizon oil spill did not appear to cause significant oiling injury to coastal fish populations. […]

Sammy Romano of Chag’s Sporting Goods hit Reggio with a buddy recently and they found some redfish along the shoreline in wind-blown pockets. […]