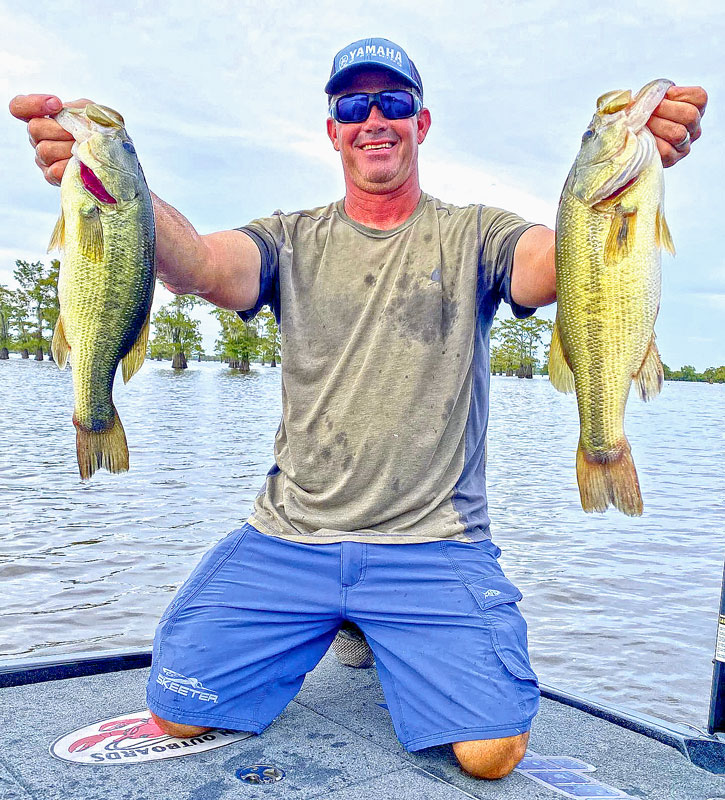 The cooler the water gets as December arrives, the better his bassing success is when pro Tyler Carriere of Youngsville fishes with a Strike King Hack Attack structure jig.

“A jig is always good in December. It depends on how cold it is. I just use it when it starts getting cold,” Carriere said, noting it doesn’t take much of a cold snap to cool off the mostly shallow, fishable waters in and around the Atchafalaya Basin, including Henderson Lake.

That’s when it’s time to tie on a black/blue model because, he said, that color is always good when the water’s cold.

When he flips it around a deadfall or treetop in the water, he targets the outside parts of the structure before the interior. 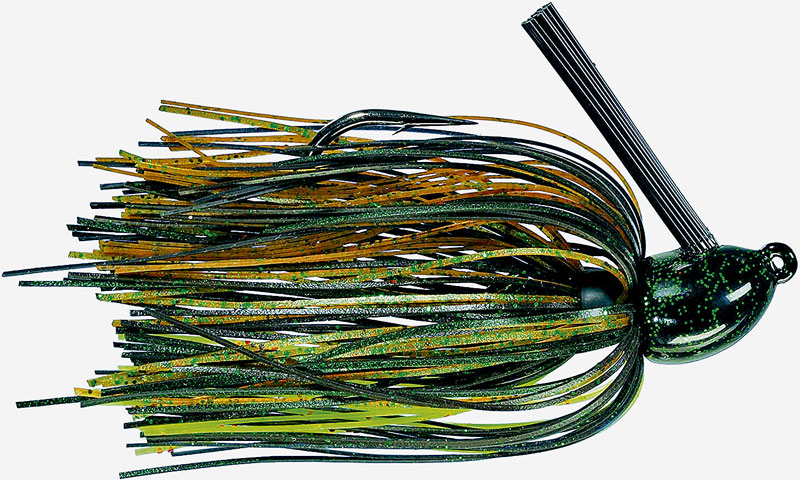 “I just kind of work it slow. I let it hit the bottom and bounce it back. I flip cypress trees and everything else, stumps, whatever.”

Carriere said he uses braided line a majority of the time.

“Around our house, you should put on braid, depending on the color of the water. Mainly around our house, I usually use braid. If it’s real clear, I like to use fluorocarbon,” he said.

When he does choose braid, it’s Sunline 50-pound braid. If the water conditions call for fluorocarbon, he chooses Sunline FX Shooter 20-pound.

“Some like to throw 25-pound. I use 20,” said Carriere, who uses a 7-foot-2 Sixgill MH rod and a Sixgill Wreath reel to fish with jig.