When bass are deep, there’s no better way to coax them into biting than dragging a big chunk of plastic on a Carolina rig past their noses.

When bass move out of their cool-weather haunts in shallow water, Carolina rigs are perfect tools with which to dredge up fish from the depths.

And main-lake points are great targets for these bottom-fishing rigs.

But Oklahoma Bassmaster Elite Series pro Tommy Biffle said there’s more to success than just pulling up to any old point and dragging your favorite plastic behind a 1-ounce weight.

“Usually the long, skinny points are the betters ones,” Biffle explained. “You also don’t want to throw a Carolina rig on the ones with a lot of chunk rock, so I look for those that have a gradual slope.”

He said graphing this bottom structure helps pinpoint exactly where fish are hanging out — a feat made easier than ever with today’s side-scan and bottom-scan electronics — and then it’s just a matter of positioning the boat and dragging his Biffle-O Lizard through the bass. 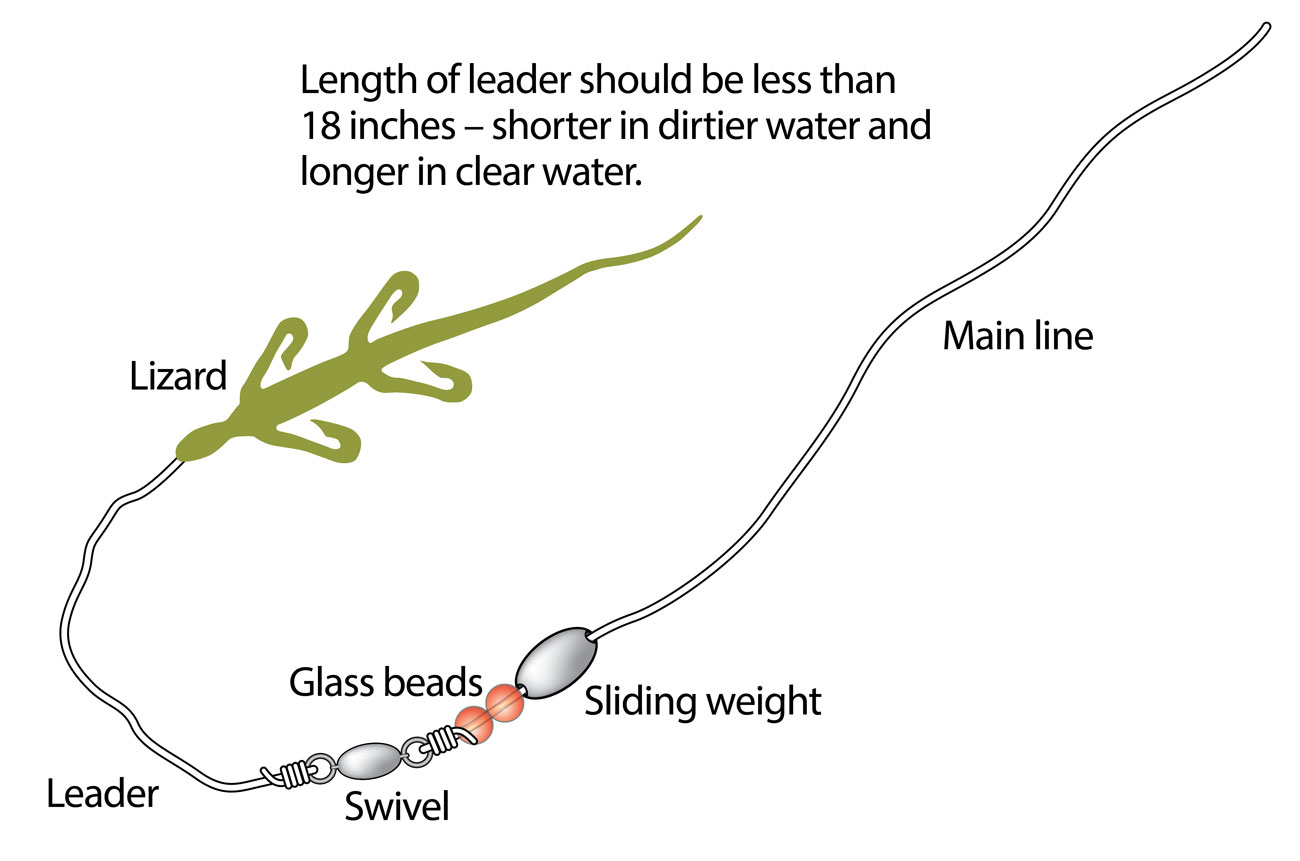 But if you are like me and haven’t stepped up your sonar game, you can still catch a lot of fish Carolina-rigging those gradually sloping points.

“If you don’t have a good graph, throwing up shallow and working it down the point will work,” he explained.

And when bass move to ledges along old creeks and river channels, Biffle said it’s best to look for some structure change as opposed to long, straight stretches.

“I look for bends, intersections where another creek meets the river channel and old road beds,” he said. “Bends are natural gathering points for (bass), and intersections give them another way to get (to the bends).”

In this instance, he works his Carolina rig perpendicular to the contour break.

“I just let (the lizard) fall straight down,” Biffle said. “If it’s a shallow ledge, I’ll let it fall to the bottom. If there’s a big depth change, you might not let if fall all the way to the bottom.”

If your weight hits the bottom, it’s time to reel in and make another drag, he said.

“The fish are going to hit it as it falls, so you have to pay attention to where the bait stops falling,” Biffle said.

He varies the length of his leaders according to water clarity. 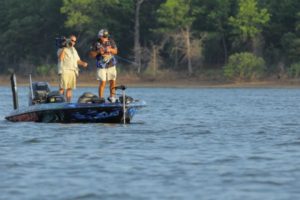 “In dirtier water, I want the lizard down closer to the weight because that weight is what tricks them,” Biffle said. “With a shorter leader, when fish come to look at that weight dragging across the bottom they can still see the lizard.”

Clear water mandates longer leaders to separate the lure from the weight.

However, Biffle rarely uses a leader longer than 18 inches.

“If you go too long, it makes it harder to cast the rig,” he said. “Plus, I just don’t think it has to be that long.”

“Clean Out Your Freezer Day” locations for 2022

Hunters For The Hungry is asking Louisiana to donate protein to one of the multiple drop-off locations for Clean Out Your Freezer Day. […]