A Strike King jig that bears his name is the go-to bait in December for veteran bass pro Greg Hackney of Gonzales.

“By then, to me, there’s enough cold weather to put them on the bottom. It’s really the first month I find them to be on the bottom,” Hackney said, explaining that longer periods of cold weather, with cold nights, tends to put bass over a hard bottom, on hard cover and even in grass. “You want a hard bottom. They don’t like to sit in muck, don’t like to sit in silt, where the bottom’s soft.”

It’s also a time when bass typically are fat and healthy after having the feedbag on in October and November. Once it gets cold, they don’t eat as much, and when they do, they’ll grab a well-placed jig worked through the strike zone along a hard bottom and wood.

“That’s another thing that makes a jig so good in December,” he said. “If you’re fishing a tournament in December, that’d be the pick.” 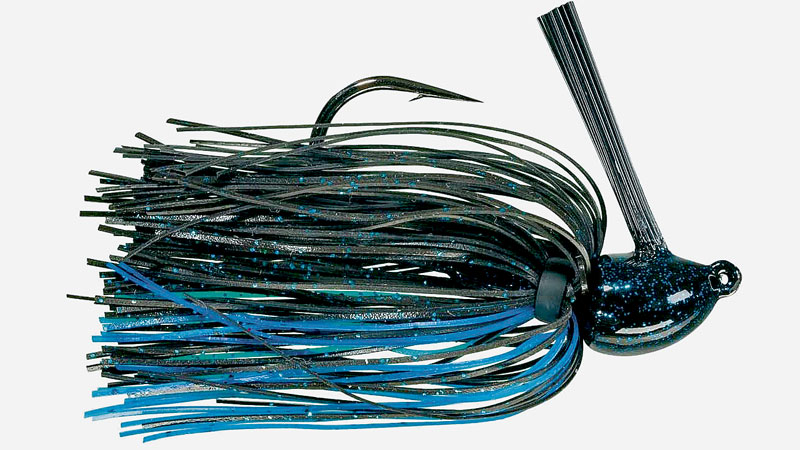 Hackney said bass tend to migrate to dead-end canals to get out of the current and get along the deeper holes along the shoreline. That’s when it really pays off to fish slow and thorough, keeping in constant contact with the bottom, he said.

One other thing about December. He said bass aren’t seeking out shade.

Hackney prefers to throw a black/blue/purple, black/neon or green pumpkin jig and a full-sized Rage Craw trailer in the same colors.

“I just match it to the water color,” he said.

Hackney usually throws a jig on a 7-foot-6 rod, but in the winter when he wants to slow the retrieve, he finds it easier with a 7-3. He wants to crawl it over hard bottoms and wood.