When the chill winds of December blow across the Sportsman’s Paradise — and when they don’t — Tyler Rivet, a Bassmaster Elite Series angler from Raceland knows what tactic and artificial lure can put bass in the boat in the Bayou Black area.

Rivet, who fished collegiately five years for Nicholls State University and qualified for the national championship each year, goes out and punches with a Missile Baits D-Bomb a majority of the time or with a Reaction Sweet Beaver.

“I use different creature baits,” said Rivet, 25. “Really, it don’t matter. If I have to have one, normally I punch a Missile D-Bomb. Ninety-nine percent, punching is my go-to (in December).” 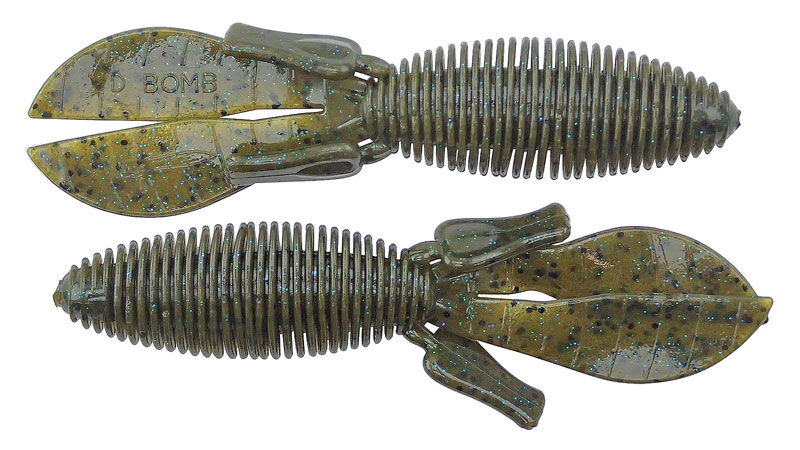 Junebug is his favorite color — green pumpkin is next in line — for the soft plastic he impales on a 4/0 Owner Flippin’ Hook under an Eco Pro Tungsten Flippin Weight and ties to 65-pound Power Pro braid on a Six Gill Fishing Products reel. He uses a 7-foot-6 Denali rod when he probes the mats and scattered vegetation of the marsh west of Houma and east of Morgan City.

“Normally, what I fish is Bayou Black. It’s kind of like my home water, (but) I haven’t been able to go in forever,” Rivet said, explaining that his schedule plays havoc with getting out and fishing locally.

Punching should work just about anywhere, according to Rivet, who qualified for the Elites after two years of fishing Bassmaster Opens. But punching isn’t easy, and it doesn’t favor impatient anglers, he discovered while taking high school anglers fishing.

“High schoolers will do it four, five casts, then pick up something else,” Rivet said, noting that doesn’t pan out if they want to learn the nuances. “The main thing is to keep it in your hand and know what to punch.”

In an Elite Series event on Alabama’s Lake Guntersville in late June, Rivet punched and moved on to the next spot quickly. Ninety percent of the time, bass hit the soft plastic on the first fall, he said, but during the winter, it is important to slow down.

“It all depends on the bite, but normally, I go a little slower. December and February, the water’s cold. They’re sluggish. I might go up and down two or three times in a hole,” he said.

Where to punch? Many times, fish might be located 10 feet into a raft of water hyacinths, but they could also set up on the edge or on points.

“You’ve just got to figure it out,” he said, emphasizing the need to slow the approach. “That’s another thing with it (punching). Some days, you don’t get many bites with it, but the ones you get, you’re not going to cull. Nowadays, with all my tournament experience, instead of fishing for itty bitty fish, I’d rather get the quality.”

Rivet considers a soft plastic that he punches with to be a reaction bait and, thus, believes it doesn’t need added scent. However, he realizes some bass anglers believe in scent.

Hundreds of anglers have been sold on the Zoom Trick Worm over the years, hooked on it, you might say, just like the bass they target. […]

The lower Basin bass are in pre-spawn, spawn mode

About Don Shoopman 450 Articles
Don Shoopman fishes for freshwater and saltwater species mostly in and around the Atchafalaya Basin and Vermilion Bay. He moved to the Sportsman’s Paradise in 1976, and he and his wife June live in New Iberia. They have two grown sons.