Whatever December brings weather-wise, Glen Freeman of Zwolle ties on an artificial lure with a different look to catch bass — lots of bass — big and small, at Toledo Bend.

It’s Wing Ding time any time of year, but especially in December, according to Freeman, 69, who has been involved in the fishing industry the past two decades as a bass pro and guide and has fished that small chunk of metal with a blade and treble hook and its predecessor, the Rinky Dink, since 1995.

“It’s the same bait; it’s just called something different,” he said. “Basically, it’s a tailspinner. I use it an awful lot as a search bait in deep water, anywhere from 10 to 30 foot. I cast it, work it off the bottom (with a sweeping motion), let it fall back to the bottom,” and repeat until a fish hits or the retrieve is finished. 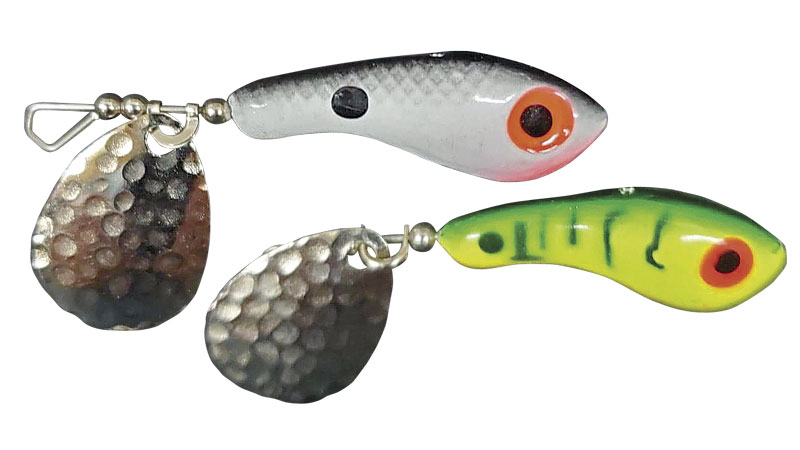 “That’s the whole technique in a nutshell. The good thing about it is it will catch anything but the bass love it” he said. “It’ll catch them no matter what size. A lot of people think they’re for schooling bass, but it’ll catch the big ’uns. Everybody’s kind of forgotten about it. I don’t think many people fish it anymore.”

Freeman’s personal best on a Wing Ding, caught on Toledo Bend a few years ago, weighed more than 11 pounds.

Wing Dings, marketed by Wahoo Lures, are available in ½- and ¾-ounce sizes and are armed with a 6/0 hook.

Freeman, who won the BFL Cowboy Division super-tournament Sept. 22 on Lake Sam Rayburn with 43 pounds, 13 ounces, knows how effective Wing Dings can be, because he started catching fish on its predecessors in 1995, the year he began making Rinky Dinks with that particular tailspinner’s inventor, the late Hugh Rinkle of Shreveport.

“Hugh actually brought me the mold, and I poured the first Rinky Dink. I’ve got the box of original ones that we built still in the package,” he said.

In the August 1997 issue of Louisiana Sportsman, it was noted that Freeman molded and painted the artificial lures, and his wife, LeAnn applied the stick-on eyes on the originals, while Shirley Rinkle and her husband assembled the baits.

The Sportsman also revealed how Freeman got hooked, in a good way, by the predecessor to the Wing Ding: “He (Rinkle) recalled one memorable fishing trip with Glen Freeman …, a friend who helped him make the artificial lures for a while. Freeman, who had never tied on a tailspinner before that day, and Rinkle caught more than 40 bass, with two of them heavier than 7 pounds.”

Freeman has appreciated the tailspinner and its successor ever since. He targets changes in the contours — drop-offs, slopes, ridges, he said, “but I keep it on the bottom.”

He fishes Wing Dings on 15-pound Seaguar fluorocarbon on a Lew’s Pearl T.I. reel seated on a 6½-foot Lew’s rod. His favorite colors are pearl/white, pearl/blue back and fire tiger. 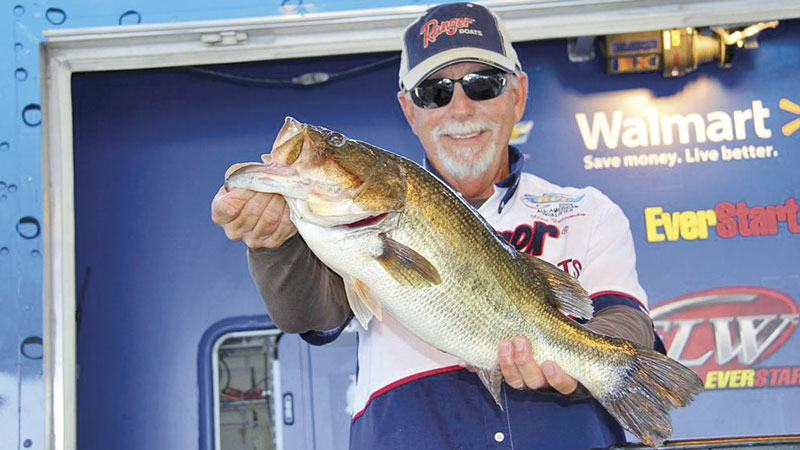 While they trigger bites all year, Freeman likes to fish them when the water temperatures is in the 50s, and he has caught them when it’s in the 40s.

“Oh, yeah, year-round. The best time, though, is when it gets colder. When there’s ice on the bank and everybody’s struggling, that’s when it shines. They’ll eat the paint off the bait,” he said.

“Yeah, you get hung up like anything,” he said, quickly adding the bait is often easy to knock off.

“It’s really, really cool. I might lose one, two or three a day, then not another one for a month or two.”

Natural Forage Baits are in demand at Toledo Bend