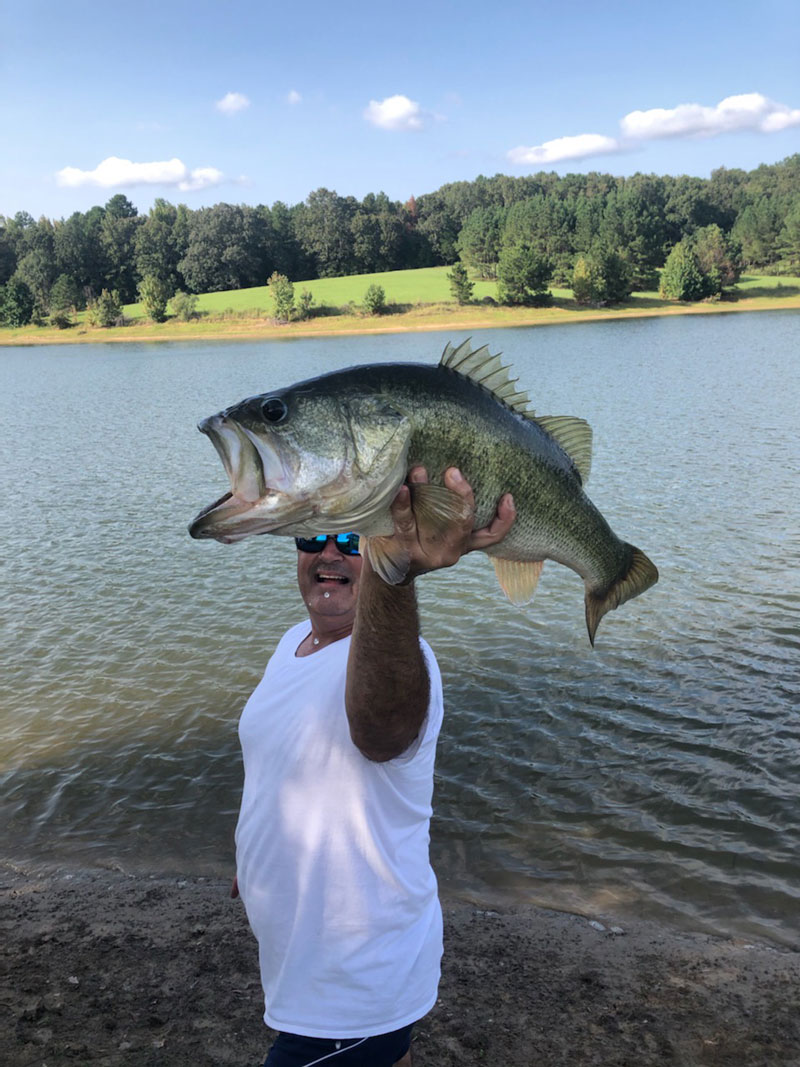 On Sept. 26, 2020, Steven Guttuso made a last minute decision to go fishing while his wife and daughter went out shopping. Fishing in a pond outside of Tallulah, LA, Steven hooked a monster bass and immediately realized that his drag was too tight. Steven walked into the pond to reduce the tension on his line when the bass came out of the water and shook his head. Both Steven and his son couldn’t believe that the fish might be a bass, but when the fish emerged from the water and tried to spit the hook for a second time, they knew it was a bass of a lifetime. Steven hauled the beast in, took a few pictures, weighed the fish in at 10.5 pounds, and then released him to fight another day. There isn’t a day that goes by that Steven doesn’t think of this great memory.

Nathaniel Street of Leesville went fishing at Vernon Lake the morning of Oct. 14 and landed a 13-pound lunker bass. […]

Long-time guide Paul Keith said bigger bass are keying on shad that have grown to full size in October at Caddo Lake. […]

Frank “Boo” Grizzaffi looks forward to fishing Flat Lake in September, when bass start moving from the inside cypress trees to outside trees. […]

Baits to use for bass feeding on ultra small baitfish