Ben Naquin of Ascension Parish operates the Louisiana Alligator Snapping Turtle Foundation, a non-profit organization based in St. Amant, dedicated to breeding captive alligator snapping turtles and releasing their young into the wild.

The foundation’s mission is the conservation of a pressured species, but more than that, it is a labor of love for Naquin, 47, who started raising the turtles in 2005.

It’s an inconvenient truth to some that sportsmen and sportswomen do more for conservation than anybody in terms of dollars, time and the real-world education that takes place at our camps and dinner tables.

And Naquin is no thin-veined environmentalist; he is an outdoorsman with an abiding fascination for giant turtles that has become a passion and mission, not only for himself, but for his wife Codi, and their four children.

“One year, I caught a 90-pound turtle that I decided not to kill and eat, which led to the program,” he said. “I still enjoy catching the turtles and seeing them, but I don’t kill them anymore.”

But this is not a hunter-sees-the-light story, as Naquin is quick to point out.

“I’m still a big hunter — I get alligator tags and I deer hunt — it’s just that these turtles have become threatened to the point where I, personally, don’t want to kill and eat them anymore.”

In true, put-your-money-where-your-mouth-is, gusto, Naquin built a 1-acre pond on his property for breeding alligator snapping turtles. Later, the Louisiana Department of Wildlife and Fisheries and U.S. Fish and Wildlife Service pitched in to help build a fence around the operation to protect the turtles and their nests. And just like that, Naquin was the head of a foundation working to replenish the number of alligator snapping turtles in Louisiana’s lakes, bayous, and river systems.

The project has grown over the years, and continues to test Naquin’s ability to keep up with all the nature taking place in the enclosure on his 4-acre property.

“In the past, we were digging up three or four nests and releasing maybe 70 turtles in a year,” Naquin said.

But as more turtles have reached sexual maturity — a process that can take up to twenty years — those numbers have multiplied.

Naquin raises the turtles for two years before releasing them into the wild.

“A hatchling turtle can be eaten by so many things,” he said, “but once they reach 4 to 5 inches long, they have a much better chance of reaching adulthood; that’s why we keep them for two years.” 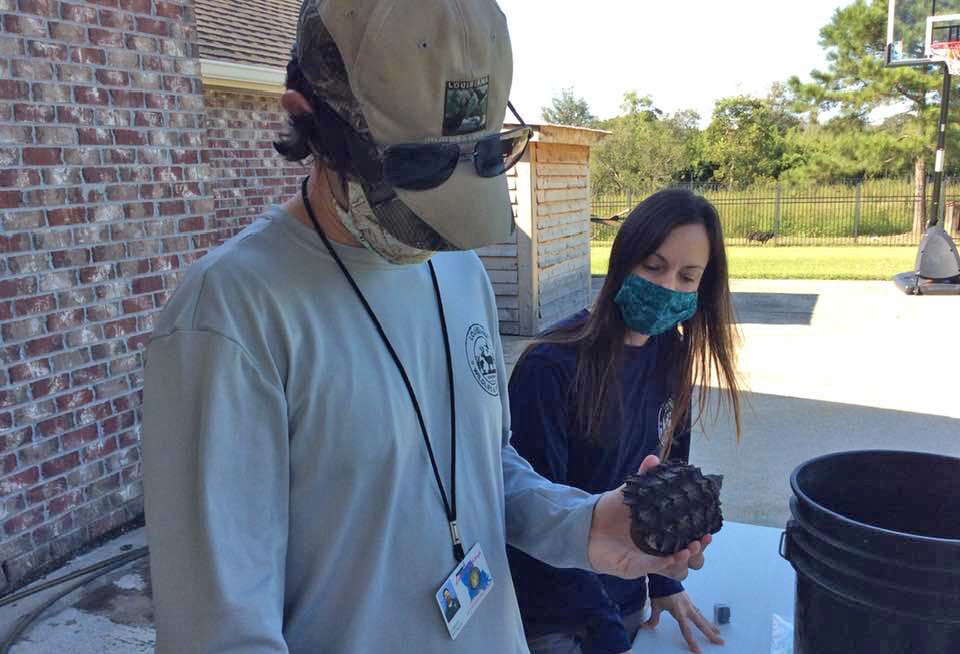 But before the 2-year-old turtles can be released, the LDWF must give its blessing.

“The LDWF comes out to weigh them, measure them and tag them,” Naquin said. “A veterinarian checks (their) health to make sure we’re releasing healthy individuals that won’t cause sickness in the wild population, and then they gives me a permit so that I can release them.”

Naquin is working with a local high school to place baby turtles in classroom aquariums so students can learn about the lifecycle of one of Louisiana’s most secretive creatures.

It’s their elusive nature that makes handling one, or even seeing one, such an extraordinary gift, because they are almost completely aquatic.

“You just don’t get to see them under normal circumstances,” Naquin said. 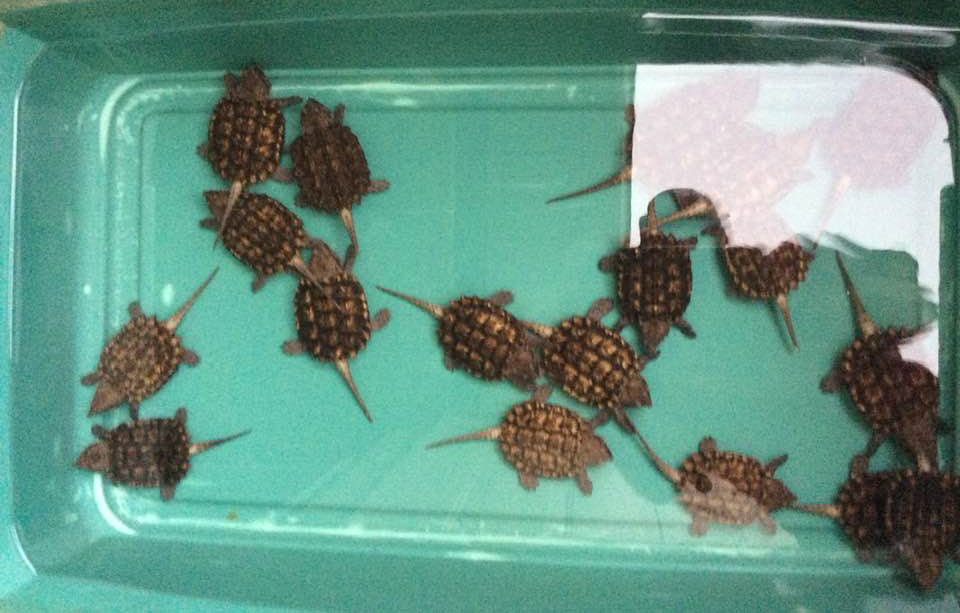 Protecting Louisiana’s alligator snapping turtles is as much about preserving regional traditions and the giant turtle’s status as a culinary delicacy as it is about protecting the species from extinction. After all, to preserve the culture that celebrates the veal-like taste of the turtle, you’ve got to protect the reptile.

Naquin said the next step is to build a natural, free-flowing water system for the baby turtles. It will require water to be pumped from a canal on his property into an indoor rearing facility where the juvenile turtles are kept. Manual water changes in the rearing tubs are no longer adequate, he believes. Naquin and the USFWS would like to see the hatchlings kept in a more controlled environment now that hundreds of individuals are being cared for each year.