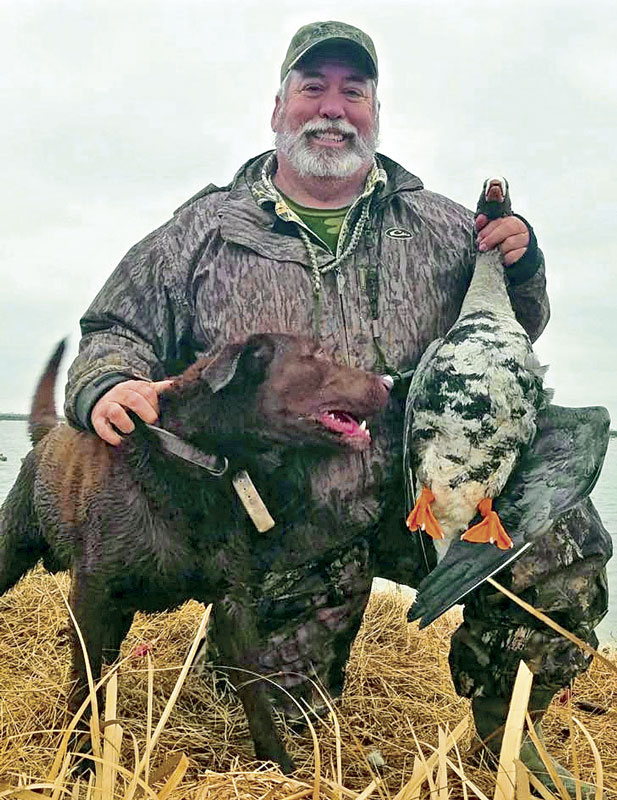 There are only two ways you can get Johnny Wink to stop talking about hunting ducks and geese. First, offer him something good to eat. Second, give him a call and he will let it do his talking.

Wink lives and hunts near Jones, a small farming community wth a population of less than 200. It’s so far north up US Hwy. 165 that on a still fall day, you can hear Arkansas hunters yelling “woooo pig sooiiiee.”

Wink loves waterfowl hunting as much as anyone you could ever meet. He lives and breathes it all year long, especially the months before, during and immediately after each season. He is the owner and operator of MegaDucks waterfowl hunting lodge, where he has been a duck and goose guide for 45 years. He started duck hunting as a teen and because of his prowess with calls and decoys, starting hiring out to take a growing number of older duck hunters each year.

He worked as one of the first employees of Duck Commander and hosted several of the famous Duck Man film series for Duck Commander. It was the words of the very Duck Commander himself, Phil Robertson, that set Wink on his way. Wink couldn’t always afford the biggest and best blinds or the sweet spots in north Louisiana’s waterfowl rich agricultural mecca. But Robertson told him that didn’t matter. 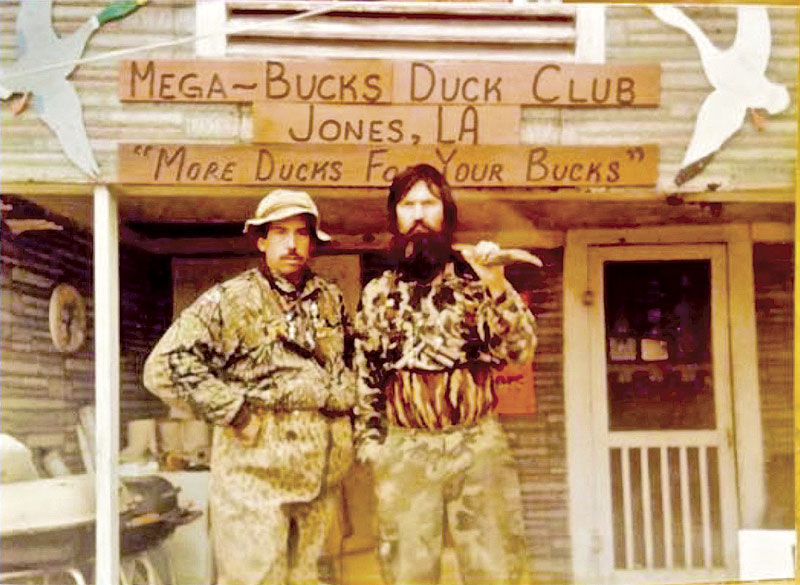 Wink is the winner of numerous duck & goose calling contests and has put on dozens of waterfowling clinics. He hosts special events for youth and women to try and grow the sport and has given duck and goose calling lessons across the country. He serves as a Guardian Elite team member of Drake Waterfowl, is the former editor of the Louisiana Road Trips magazine, author of two books and is the main subject for a book and movie about the outdoors.

Those are some of the reasons he was named to the initial class of the Louisiana Chapter Legends of the Outdoors.

“I just can’t tell you how much this means to me,”he said, more than once. This is just such an honor. Louisiana has so many great people in the outdoors. To work at it my whole life and to see the rewards I’ve seen, it’s just overwhelming. And then, to get recognition for it, wow, it’s just… I don’t have words.”

“The people in duck and goose hunting have been my life,” he said. “They believed in me when others didn’t. And all the hard work has paid off in many more ways than just killing ducks. If I had it all to do over, I wouldn’t do a single thing different.”

Wink points out that his main objective is the same objective that any duck hunter should have. First and foremost, be safe. No duck is worth somebody getting hurt. Whether you shoot ducks or not, it’s important that everybody go home just like they came.

Trying to make sure everyone has a good time is important, too. He tries his best. Of course, in the duck guide business you can’t limit out every time. But Wink realizes that is just part of it. In fact, there are days that can put the best hunters, guides and their dogs to sleep in a duck blind, as witnessed in one of the photos with this article.

His successes far outweigh any bad days. Testimonies to that fact abound, like the one below from repeat customer Sean Bordelon, who made these comments about Wink’s induction.

“I have hunted with Johnny Wink for close to 10 years now, and one thing I can say is, there is a reason why I keep hunting with him. I have hunted in many states and in many types of situations, but as far as consistency and all around hospitality, Johnny is top notch. He brings a wealth of experience and camaraderie to the blind every morning. As soon as you pull up at Megabucks, you are greeted with a friendly handshake and a smile,”Bordelon said. 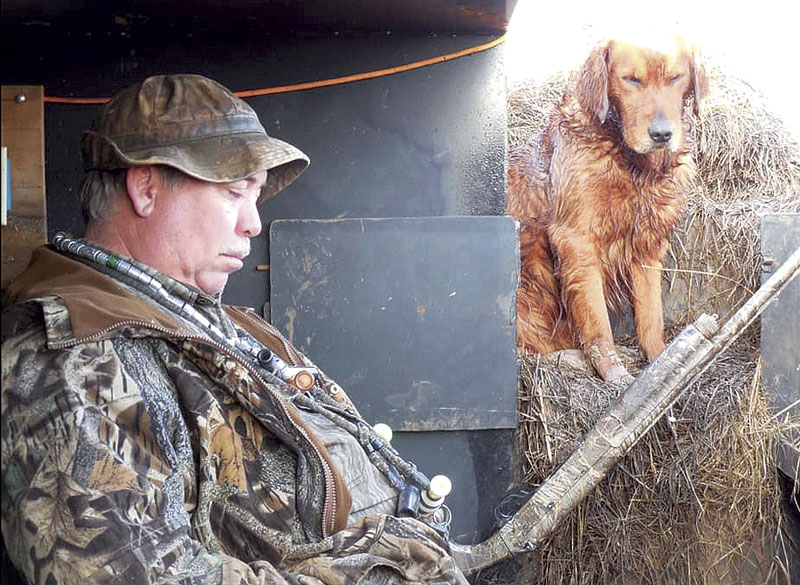 “The accommodations are great, whether you are there with a friend or two or a big group of friends. Even when others are not killing birds, we have done very well. Johnny and the guides he employs are excellent callers and make every effort to see that all your needs are met. I can confidently say that I have not met a new hunting buddy in Johnny, but a lifelong friend. And I can say the same about his employees as well.

I have hunted where there are beautiful, spacious, “mansion type” lodges, and those were great, if you are wanting a beautiful house. But if you are a “hunter” then Megabucks is your place.”

As you might expect, Wink has a duck-related story for just about everything, including taking advantage of investment opportunities.

“You know the most sought-after duck in the world?” he asked. “It’s the mallard — and it’s the mallard drake. Do you know who patented the first-ever drake mallard call? They sound totally different than the hen calls we use duck hunting. There have been some made way back in the early 1900s, but the first one that was patented was made by hand by Phil Robertson and his wife, Kay. You know who owns that one? Me. They gave it to me. It’s in my vault.

“I call it my 401(Miss) Kay,” he said. “I don’t want to part with it, but the way duck-call collectors pay megabucks for special calls, I have it if I need it.”

The Legends Hall of Fame was founded by Garry Mason of Springville, Tennessee and the Louisiana Chapter is managed by Peyton McKinnie of Marion. You can follow them on Facebook.

In this segment of Sportsman TV, Chef Nathan Richard of Cuvée Wine Bar and Bistro shows us how to make Duck Crackling Biscuits. […]