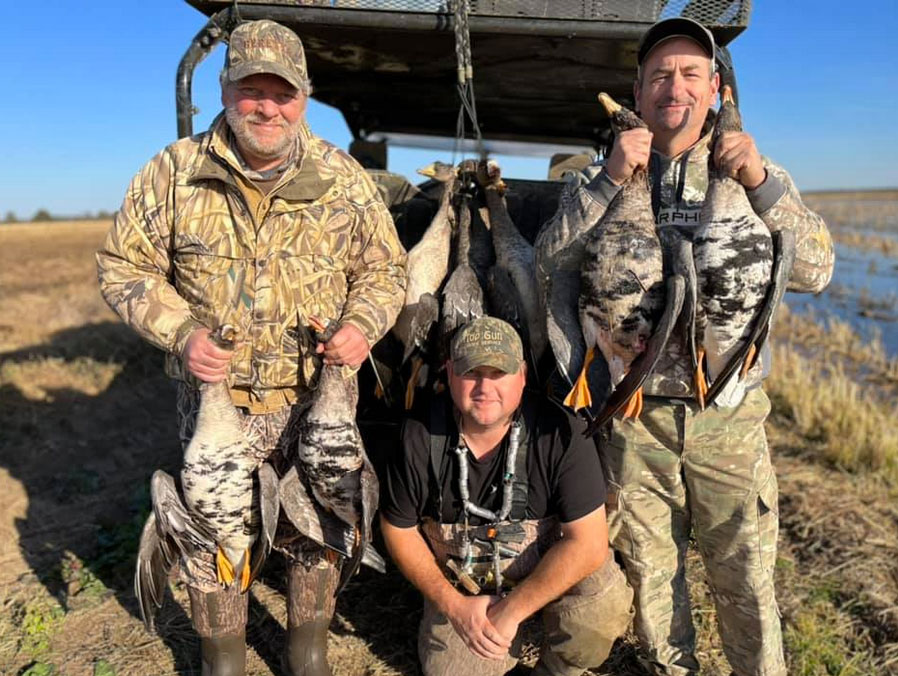 Clint Eastwood’s old movie, “The Good, The Bad and The Ugly” pretty well sums up what Louisiana goose hunters have experienced the first 10 days of the 2021-2022 season. It’s been a little bit of all three of those, depending on where you are.

Goose season officially began in both the East and West Zones on Nov. 6. The first split runs through Dec. 5. Hunters in some southern parishes have killed a few geese, but overall it has been bad. The good news is there have been some ducks to take up the slack in the West Zone, which opened Nov. 13.

“We are not seeing any geese to speak of. They usually get here when it’s cold in December,” said Kevin Babineaux, owner of Cajun Wildlife Adventures in Kaplan. “But it’s been a good opening few days of duck season. It’s not great, but it’s good. I’ve been doing this for 40 years and we are thinking that the geese will start showing up like usual in December.”

Some areas, there are no geese and it’s been ugly. On the other hand, goose hunters are having a literal field day with geese in some northeastern parishes. It hasn’t been uncommon for groups of five or six hunters to come out with their limits by 8 a.m. in some good areas.

“That’s pretty much the way it has been from what we are hearing,” said Louisiana’s new Waterfowl Program Manager Jason Olszak. “When we flew our aerial surveys we didn’t see many ducks in southwest Louisiana and the continuing trend from the past several years of not many geese at all early on in southeast Louisiana continued. “There are some pockets of geese and there has been some good hunting, but like always, some get them and some don’t.”

On the northern end of the state, Colby Daniels of Top Gun Guides in Mer Rouge says the shooting has been great in his area.

“We have hunted every day of the season and we’ve had between nine and 19 limits for hunters in our blinds every day,” he said. “It’s been good. Maybe not the best ever, but it’s in the top five or six openings that I’ve been hunting.  There are a lot of snows passing by but they are high. The weather hasn’t been right. But the specks are working great and the hunting has been really good.”

Daniels said they will shut it down after Tuesday to let the fields rest up for the Saturday opening of duck season.

“I’ve heard north is better than south right now,” he added. “Of course some are killing geese, but it isn’t like it is in real good years for most of them.”

Despite a slow start and low projections in some areas, there is still no reason to stay home and not go hunting. Things can change overnight, Olszak says. Geese can also help provide hunters good shooting and make it worth going when the ducks are not really thick yet.

“It does seem like the geese are getting later and later, especially further south,” he said. “It used to be that we would start seeing good numbers of geese come down and they would hang out in the Catahoula Lake area before going on down south to the rice prairie areas. But it seems like we see less and less in recent years. The aerial survey is a good estimate, but it doesn’t cover every place. So there could be geese we don’t see.”

Weather for the first part of the season has been pleasant with some gold nights and short-sleeve weather during the day. Apparently it’s been favorable for geese and hunters in many areas.

Light geese (Snow, Blue and Ross), Specklebelly and Canada Geese are legal. The daily limit is 20 for light geese, three for specks and one for Canada geese.  Season dates for the East Zone are Nov. 6 – Dec. 5 and Dec. 18-Jan. 30 in the East Zone. In the West, dates are Nov. 6 – Dec. 5; Dec. 18-Jan. 2 and Jan. 10 – Feb. 6.  Louisiana also has a special Conservation Order season for light geese with no limits. Check your LDWF hunting pamphlet for exact dates and regulations.