Jino Papania of Meraux shot this odd-looking duck on Jan. 13 while hunting in Yscloskey, La., with his cousin, Trent Tedesco.

“It was a very warm day and not very ‘ducky’, but we went anyway. Right as shooting light approached, this guy flew into my decoys. The only thing I could make out was that he had a lot of white on him and he was larger than normal ducks from that area. I watched him for a few minutes before I decided to take him. Just as I raised the gun, he tried to take off, so I squeezed off a shot and he splashed back down. No one is quite sure what he is, but the closest we could come is a magpie crossed with a mallard. Not knowing just adds to the mystique of it in my opinion. He’s at the taxidermist now.” 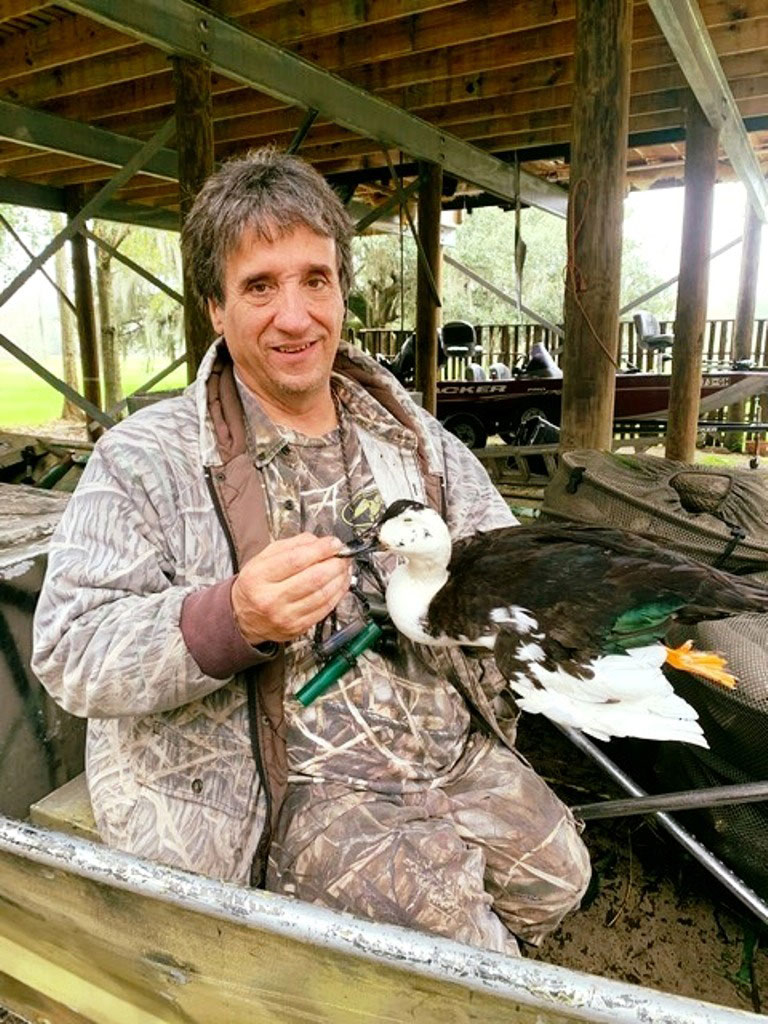