Hunter Myers didn’t notice anything special about one of the 47 big bullfrogs he caught along with his father, Jay, and best friend, River Hebert, on a frogging trip to a small lake in Iberia Parish on Monday night.

But Myers, who is from New Iberia, knew the next morning, in daylight, that he had a rare find on his hands: a blue frog.

A mutation caused by the lack of one of it’s normal coloration pigments, the frog featured blue and black markings all over its body instead of the usual blue and green.

“When I grabbed him, he looked gray and blue, but when we got him in the cage, my dad kept noticing that he looked different,” Myers said. “That’s when we noticed he was blue. 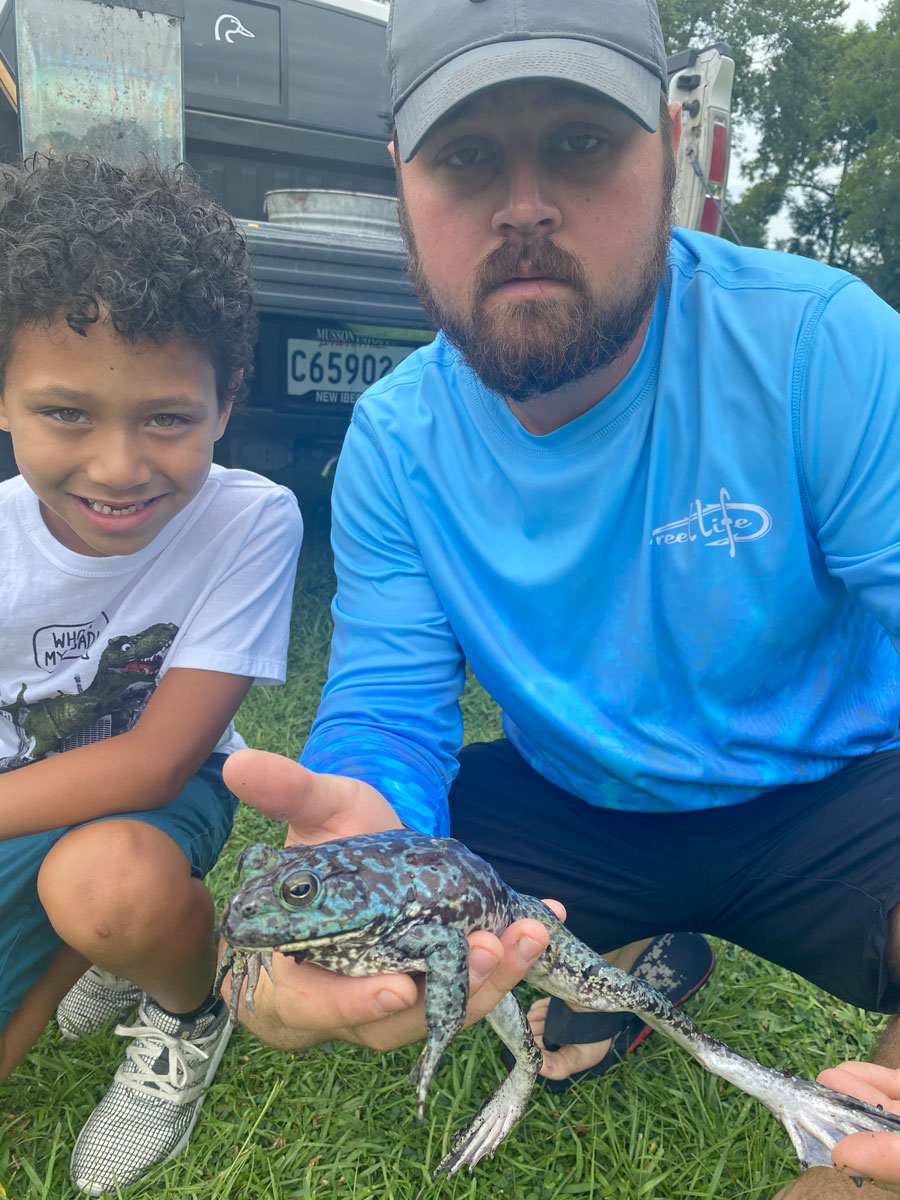 “We didn’t know exactly what he was, but my dad had seen an article about somebody catching a blue frog. I posted some pictures on my Facebook page, and when I woke up the next morning, I had all kinds of messages coming out of the wazoo. It was like I’d hit the lottery.”

What causes the coloration?

What Myers had hit was an unusual frog, for sure. Several years ago, when a similar frog was caught in Jeff Davis Parish, Dr. Greg Lutz of LSU’s Agriculture Center explained that a frog’s green coloration is made up of two pigments: blue and yellow, in nearly equal amounts. A frog who didn’t get the correct amount of yellow pigment would turn out blue, he said, and likewise, a frog that didn’t get the correct amount of blue pigment would turn out yellow — noticeable but not nearly as striking in nature as a blue frog.

Myers said his was only the third blue frog he’s ever heard of — the Jeff Davis Parish frog being one of the other two — and instead of keeping the frog or reducing it to frog legs for dinner, he gave the frog to Zouziana, the Zoo of Acadiana in Broussard.