I got out of the Navy last July 20, so this was the first full season I could hunt in Louisiana since enlisting in September 2013. I was able those years to come home for holidays, but those times were short and I had to hunt with a gun.

That changed this year; I was able to fully commit to bowhunting the entire season. I got my first bow buck and doubled — a buck and a doe on the same hunt, 15 minutes apart — on Oct. 17. Since then I have been after a big buck we had on camera.

I hunted hard, passing on a ton of young bucks. Early in the year, I walked to the stand where I killed my buck and have not seen so much buck sign in my life, I was going to clear shooting lanes, but when I jumped an 8-pointer at the stand, I decided it would be better to not touch anything at all and back out, seeing I had fairly good shooting lanes anyway. 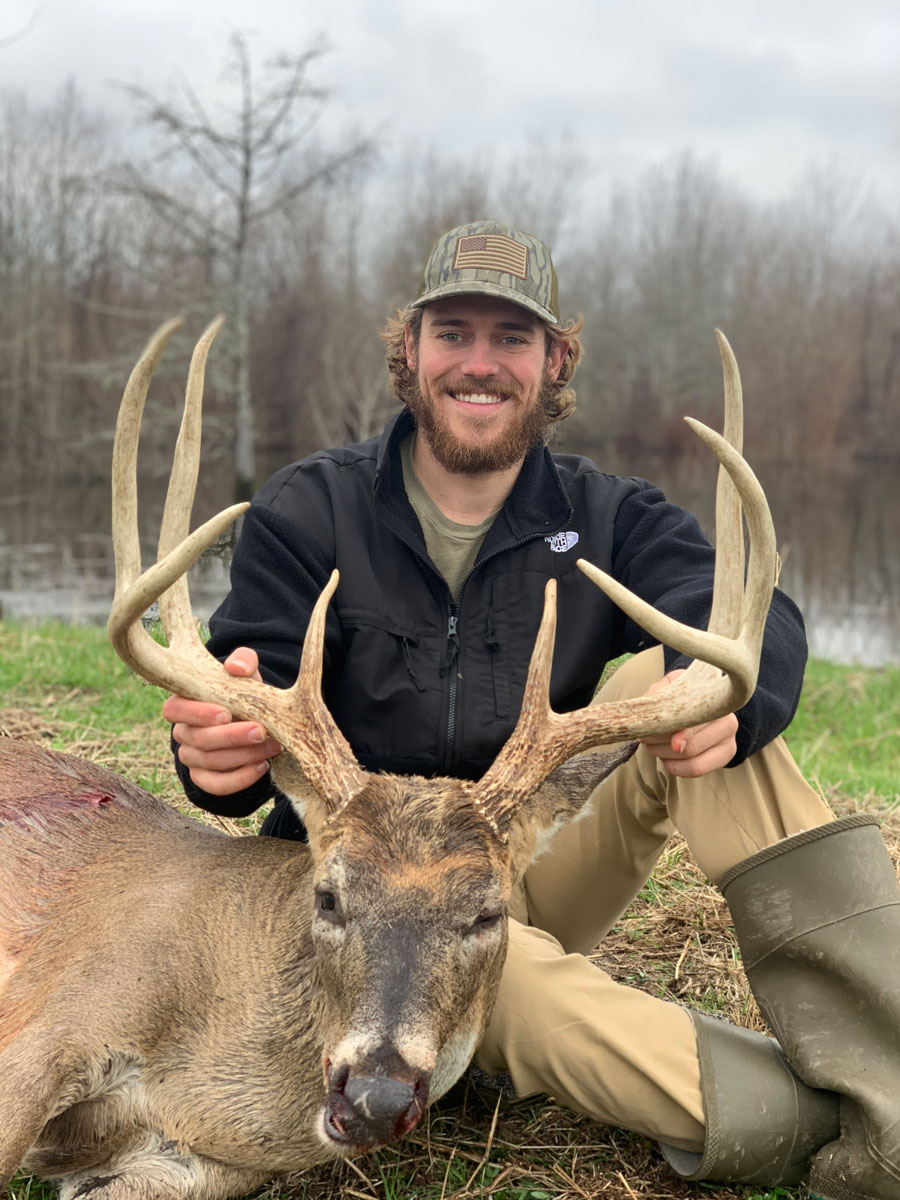 I hunted that stand only on good winds and accessed it by pirogue only, leaving no trace. I hunted that stand probably four or five times before it finally paid off on the afternoon of Jan. 1. I got to the stand that afternoon at 2 o’clock and didn’t see anything until around 5. I did a lot of grunting, mixed with doe bleats, and he came looking. At first, I saw only his antlers sticking out of the brush; he was just standing there, looking down in front of him. He began to walk down a trail I had seen a few deer take, and I knew he would come right through a gap in front of me.

I didn’t have time to stand up but knew sitting would give me a better shot because of branches that would be in way if I stood up. I also felt way more stable shooting sitting because the tree I was hunting was 6 inches in diameter. All the limbs would shake if I tried to stand up.

Staying seated, I drew my bow, and when he came trough the gap, I stopped him with a “meh”, and let the arrow fly at 30 yards — the longest shot I’ve taken at an animal. I had been saying to myself before he came out that the stand I was hunting would be the best stand to self-film a big buck; it had the perfect branch to attach my Go Pro camera on for a second angle, and my fourth arrow camera arm was set up perfectly right by my side at the perfect level for me to I see the screen and have easy access to the controls.

We made the hard decision to wait until morning to try and find him; we had a lot of hunters that were looking for their bucks as well, and we didn’t want to go in there and muck up the area in search for him in the dark.

I got 3 hours of sleep that night, knowing he was out there. Finally, at 8 a.m., we went in there to recover the deer; I came in from the other side of the stand, and he was laid up 50 yards from the 4-wheeler trail, 100 yards from the stand, no tracking needed. I took two steps into the woods and saw him immediately. 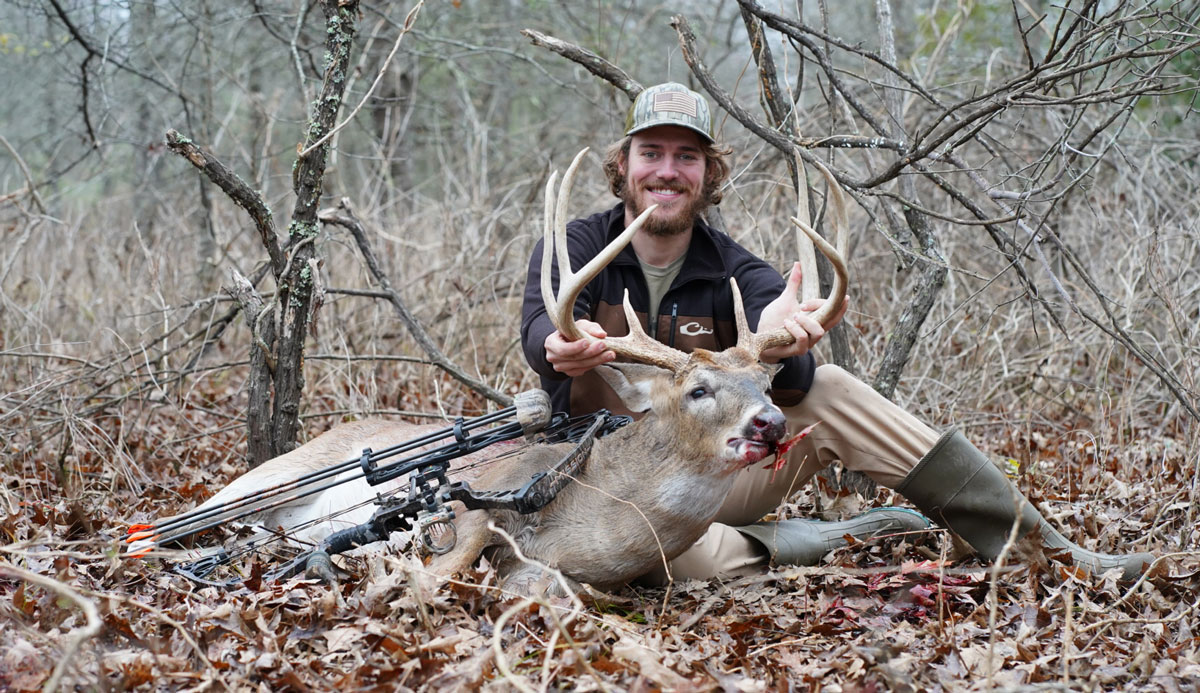 A quick and easy load up, and it was done. He weighed 208 pounds — he appeared run down, with little to no fat — a 17 3/4-inch inside spread, 22-inch main beams, 13-inch back tines. We scored him at 145 3/8 gross and 142 5/8 net, so an almost perfect 8-pointer. He appeared to be only 4½ years old, maybe 5½. I looked at the state-record books and there appeared to be only two archery bucks from Catahoula Parish, one 139 inches and the other 140 inches; if our score stands, it might the No. 1 bow buck from the parish. Also, I believe it is the biggest 8-pointer self-filmed in Louisiana on YouTube — not the biggest self-filmed, however. Harmon Carson, the Bayou Bowhunter, has 150- and 170-inch deer on YouTube.

In this Outside the Levees video, Jared Serigné went hunting for invasive nutria. Then he cooked them up into a delicious meatball sub. […]