Colton Kyle of Bossier City killed a Madison Parish 10-point buck on Dec. 3, 2020 during a morning hunt. The big buck has been green-scored at 153 3/8 inches. It was his first encounter with the buck, but he’d seen it on trail camera several times for two years.

Kyle shot the deer with a Remington .270 from 120 yards away while sitting in a box stand on private land at 8:30 a.m. The hunter had to change positions in the stand, then call reinforcements in to find the buck due to rainfall. 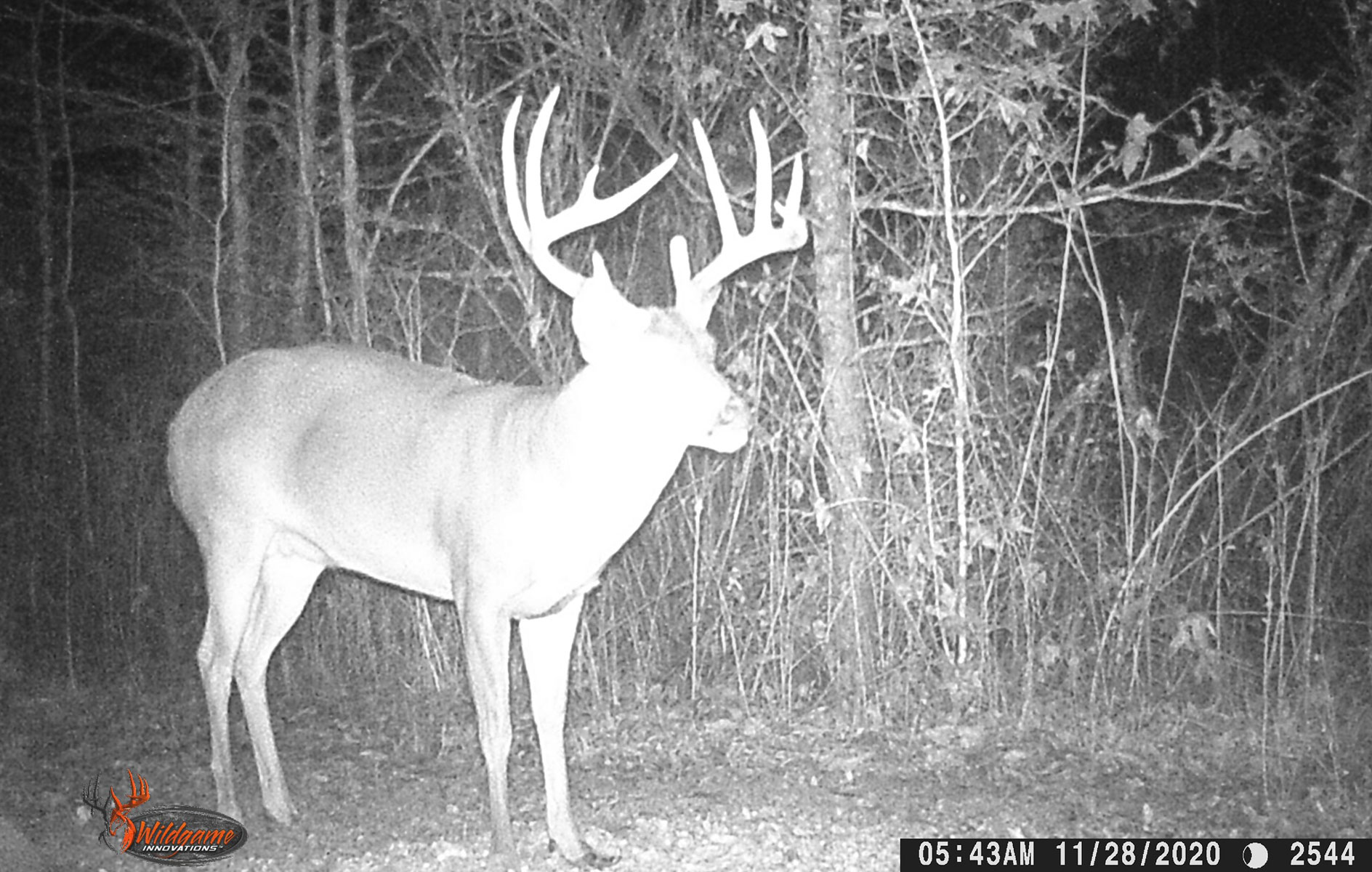 The day started out kind of slow, but once the big buck showed up, things got exciting real quickly.

“I hadn’t seen much that morning and had not seen a deer since around 7:15. About 8:30, I saw a good buck step out of the thicket into my lane. I put my binoculars on him and immediately knew it was the deer I had been after,” said Kyle.

He also knew immediately that he was facing the wrong way to take a shot at the 10-point buck. He made the move while staving off buck fever.

“I was in the wrong chair for the side he came out,” he said. “With him facing my direction and buck fever setting in, I had to get in that other chair.”

But once in the correct chair, Kyle still didn’t have a great shot. 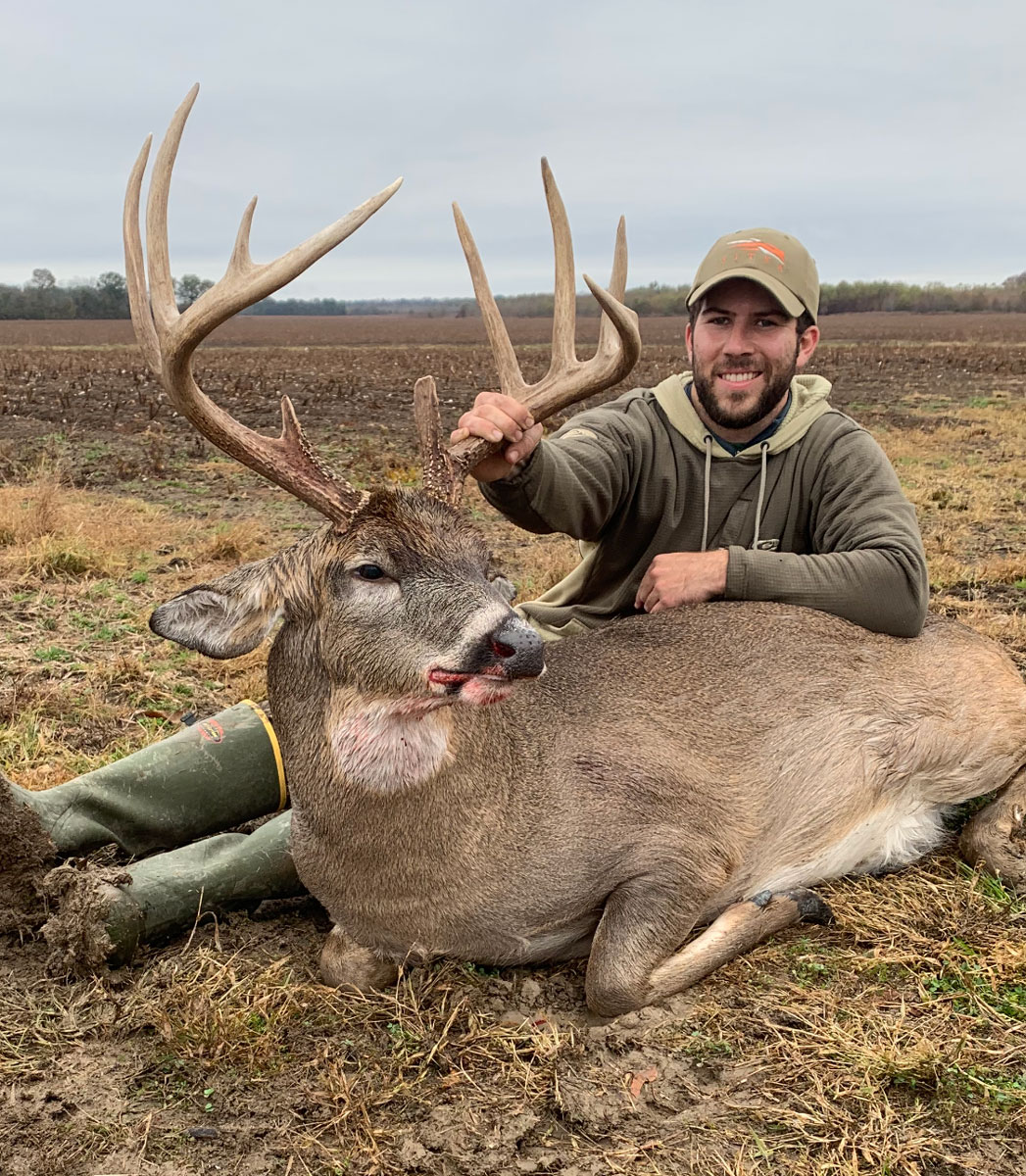 “He was not giving me a clean shot,” he said. “He was facing directly my way. And I could tell he was getting nervous. After a couple of minutes that seemed like hours, he finally turned to walk in the CRP. That was the first broadside look I had.”

Kyle pulled the trigger, and felt good about his shot. Right away, it started raining. He texted some fellow hunters who were nearby and they showed up to help. Unfortunately, they couldn’t find a drop of blood. They did not see any sign that he’d even hit the deer.

Unsure now how clean the shot was, they decided to back out so as not to push what could be an injured deer. Kyle put in a call to Josh Cook, a tracker out of Rayville with a dog named Cypress.

“He brought Cypress and they found my deer in 20 minutes! I had hit him right in the shoulder and it exited through the other shoulder,” he said.

Hunter Frey left his hunting trip in Missouri to return home and kill this big Concordia Parish buck on Nov. 19. […]