Well, it was a tough Atchafalaya Delta WMA bowhunting season for me and my buddy Randy Levingston — in a variety of ways.

Deer sightings were much fewer than we are used to, and opportunities for a bow shot at mature deer were few and far between.

Throughout October and into November, I chose to pass on short shots at several spikes and young does, anticipating that as the season progressed into mid- and late-November, the bigger bucks and mature does would show up like they always have done in the past.

I did have a brief look at a very wide 7-pointer that busted me before I could even draw back, and then another opportunity when I was at full draw on a nice 8-pointer at 30 yards at first light — but I could not see the deer clearly enough through my peep sight to ethically launch an arrow. I very reluctantly had to let down on my draw. Five minutes later, there was enough light that I could have easily made the shot.

Later in November,  I also had a chance at a nice big-bodied 6-point, but by the time I decided whether or  not I wanted to shoot, it was right under me at 15 yards. I had the buck on my Tactacam video as I drew back, only to see it bolt before I could get the pin behind its shoulder.

That is pretty much just the way the season went: Very few opportunities, and when they did present themselves, I didn’t deliver.

We had countless game cam pictures of very nice bucks, big mature does and some monster hogs, which all had one thing in common — they were almost all taken at night. In the entire four-month bow season on our eight game cams, we had one 10-pointer in the daylight — and that was on a very rainy day.

Even during the rut, 95 percent of all our pictures were at night. While the pics kept us hopeful that a nice buck would show up during the daytime, it did become quite frustrating.

The bigger picture of the Delta season as a whole seemed to parallel my experiences, as well as those of my buddies. Between five of us, we harvested a grand total of one mature doe. That is by far a record for futility that I hope doesn’t repeat itself anytime in the future. 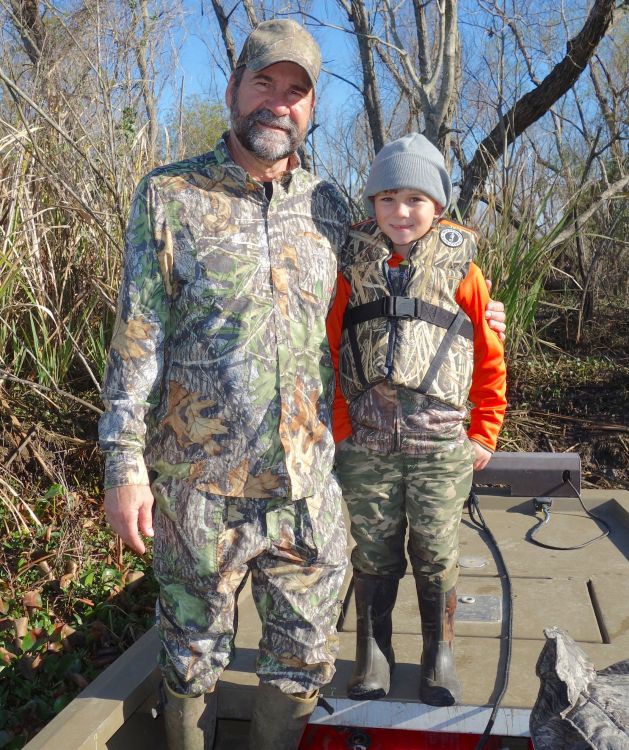 After briefly speaking with Lance Campbell who runs the Delta, he concurred that this was indeed a down deer season. He is going to send me the stats soon, and I will analyze them and present them to you guys.

As happens from time to time,  this season was interrupted by life itself. My wife’s mom (who is 89) had a very serious surgery and was in the hospital for nearly a month during the season. While that’s not an excuse, my hunting days were cut down drastically during that time.

Thankfully, she fully recovered and is now doing well.

But the absolute highlight of my season occurred when I brought my 7-year-old grandson Baylor Allen on his very first morning bow hunt. He loves all things outdoors, whether it be hunting, fishing, looking for snakes and alligators or watching the Saints with his Pop.

He was up wide-eyed and ready to go at 4:30 in the morning and was very still and quiet up in the stand, which is saying something for a boy his age. While he is still not quite ready to actually hunt yet, just having him there next to me and living the moment through him was the most awesome feeling. So as the years continue to fly by, my fondest memory of this past season will be me and my buddy up in a tree, looking for a buck.

I tell you guys, in my opinion, it just doesn’t get much better than that.

Randy and I will continue to chase hogs during the month of March. We have had a little more success with them than the deer, and I will detail those experiences along with the Delta deer stats in my next column.

Until then, be safe, be courteous to all and God bless!