Has flooding in many areas changed the timing for this year’s whitetail breeding season? In some parts of Louisiana, maybe. But most of the time, the peak of the rut doesn’t change much from established periods of time. Know when it hits in your neck of the woods.

When bucks start chasing does, the hair goes with the hide, and good hunters know this is the time to connect with a buck.

The “rut” is the common term for the breeding period of white-tailed deer. It has been well documented by Louisiana biologists and is posted on the agency’s website.

Usually, the rut is broken up into stages. The pre-rut is that period when deer are preparing for this time of intense activity and are bulking up their body weights. Bucks are still together and feeding heavily; they might be sparring to determine social status as well as doing a little scraping. At this time of year, scrapes are often made during cold spells and generally are not visited again. Does are finishing weaning fawns and feeding heavily to get back in good physical condition. Research has shown that the does that are physically fit that produce the most fawns. 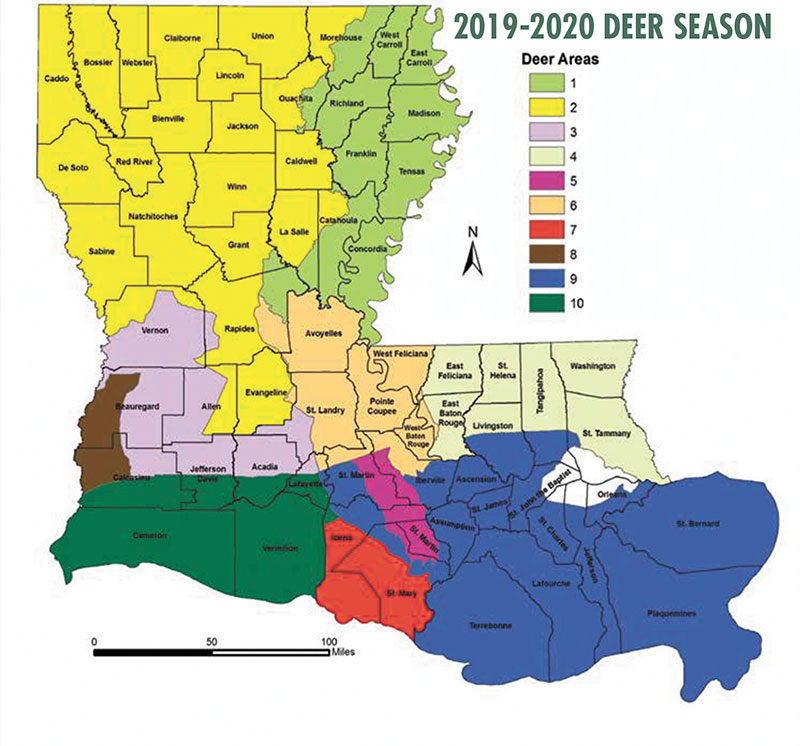 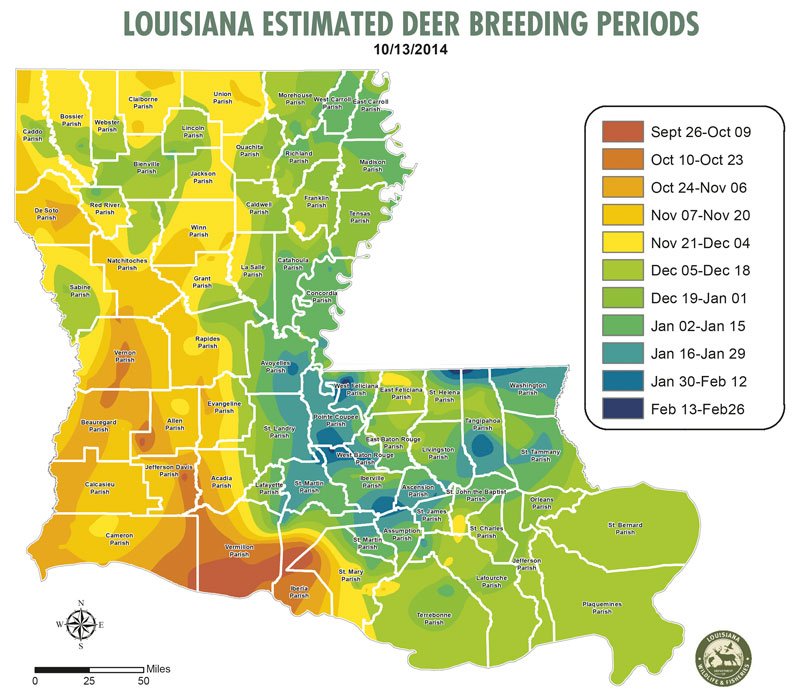 The peak breeding month consists of a time period when bucks are working scrapes on a regular basis, and once this period ends, bucks begin chasing does, and after a few days, breeding occurs. It is actually the doe that determines this, when she stands and allows the buck to breed her. A buck may follow a doe for several days before this occurs. The peak period is usually a two-week period during the peak month.

If does are not bred or do not cycle during the peak month, they will cycle again the next month at the same time; this is often referred to as the second rut. Generally, most does are bred during the peak month, maybe 70 percent. The second peak consists of another round of scraping activity followed by more chasing and breeding. In areas that have high adult buck numbers, this second round of breeding may be more intense as bucks compete for breeding rights for the remaining does. The rut is a good time for hunters to go on the offense and use the tricks of the trade, rattling, grunting, scent stations and the like. Hunters should be aware of the new regulations regarding the use of deer urine.

I hunted with my friend, Ken, on his lease in Bossier Parish (Area 2) the first weekend of November, and as we drove to the lease for a Thursday afternoon hunt we watched an 18-inch, 8-point chase a doe across the road. Naturally, we had high hopes for the weekend, but we saw little activity. Our annual Old Farts hunt in Union Parish was good, with several deer killed, but no sign of rutting activity. Based on the harvest data for Ken’s Bossier Parish Club, the peak rut was definitely November, just as the data indicates. Ken killed a nice 7-point on his club on Nov. 17. My sister’s grandson, Jake, killed an adult 6-point in Webster Parish on Nov. 16; the predicted rut for Area 2 in 2018 was on target. I killed an old, adult doe in Bossier Parish the last week of the gun season in Area 2, but this old doe was having female problems and had not bred.

I hunted Pearl River WMA during the annual WMA Thanksgiving hunts and killed an adult, crab-claw 4-pointer chasing a doe; this is Area 4 and historically, the last week of November is the beginning of breeding activity for these deer. Generally, December is the first month for peak breeding activity in Area 4. In mid-January, I watched an adult buck work a scrape, and that was the last of the rutting activity that I saw. We killed three adult does in East Feliciana during the last primitive gun season for Area 4; the does had bred, and our calculated breeding dates were Dec. 7, 12 and 14, all in line with the breeding range for Area 4.

Overall, the 2018 rut was on target with predictions, but the activity level seemed slow and drawn out. Some of these areas that I hunt have mediocre habitat and fairly high deer numbers, and the higher the doe population, the longer the rut.

Heavy rains and high water in the river basins around the state both helped and hurt the habitat. High water in our larger river drainages such as the Mississippi, Red and Atchafalaya pushed deer out of the batture lands, the land between the river and the levee, creating stress on pregnant does as well as causing issues with antler growth for bucks. For example, Profit Island in East Baton Rouge Parish was inundated during the growing season, and deer were pushed to the high ground. Such heavy flooding creates stress issues and can impact the timing of the rut.

In areas that did not flood, the heavy spring rains created ideal growing conditions for the deer browse. The habitat inside the Morganza Floodway was the best I have seen in years. Strong consideration was given to opening this floodway, but it was not opened, and deer in this area should have fared very well during spring and summer. Consequently, because of flooding issues in some areas, there is the possibility that the rut may occur later than predicted in some areas of the state. 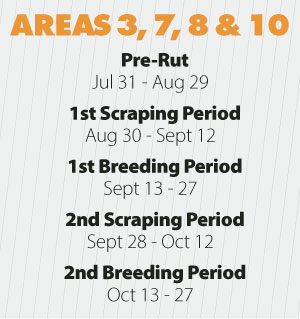 The temperature will be hot when the rut opens in these areas, but this is the way it has been, and hunters have learned to deal with it. Hunters need to read the hunting brochure for correct dates and limits in these areas. This part of the state is not known for growing large deer, but is the heart of duck hunting, and duck hunters get to chase the deer before the main waterfowl seasons. 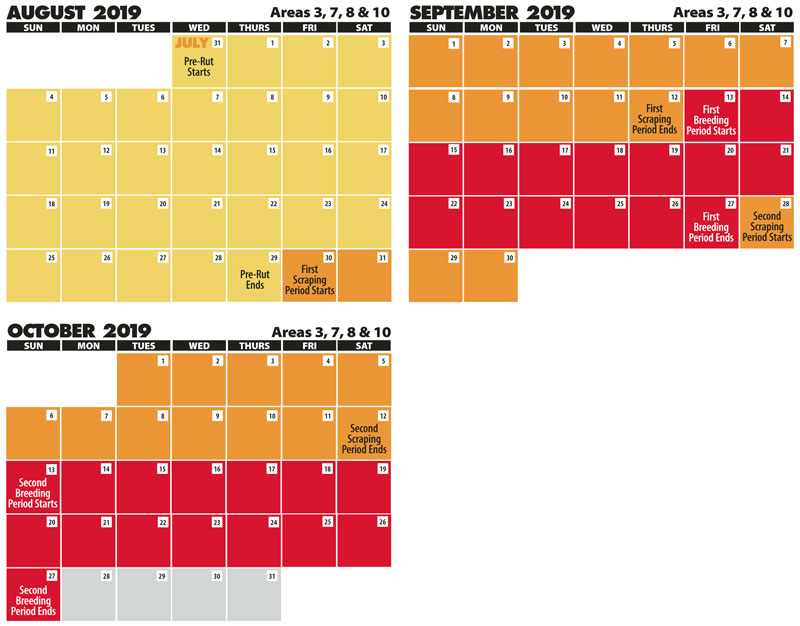 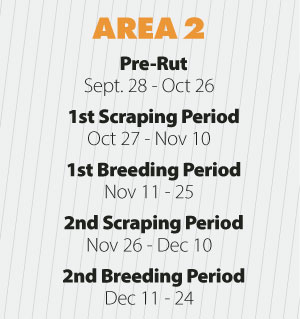 The first primitive season and the month of November will be the prime time for deer hunters. The parishes in Area 2 lead the state in the total deer harvest. The larger bucks come from those parishes with agriculture bordering the Red River drainage. No doubt the deer will be eating the corn in the piney woods, just like last year, but hunters should still check out the oak trees along the creeks and sloughs. 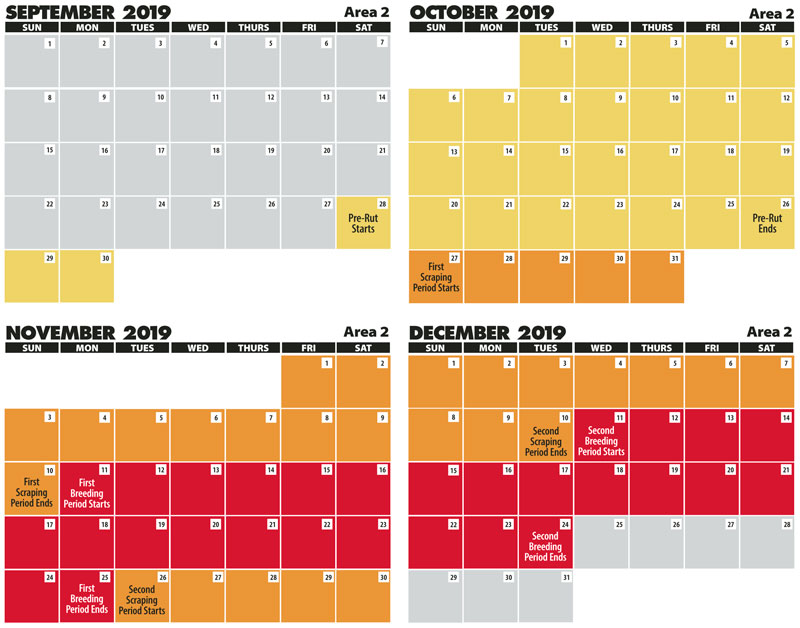 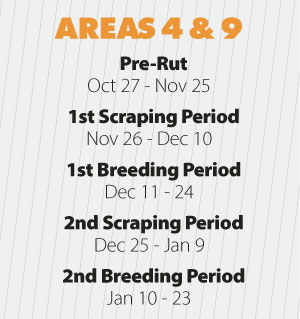 Area 4 has been designated with a three-deer limit, but from what I saw in late summer, fawn production was good. The oak ridges and drains may be the key for success, and the rut will be a typical mid-December rut. 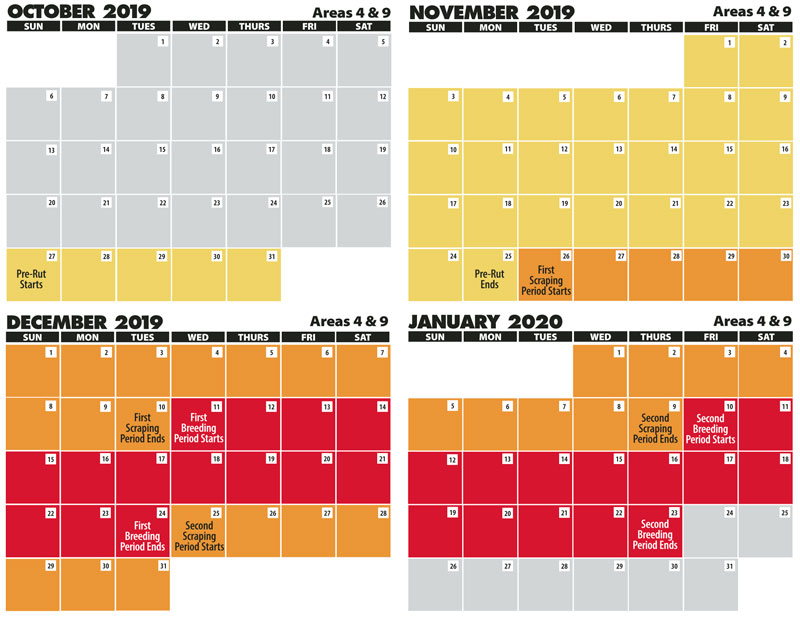 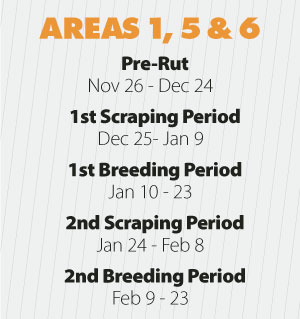 These are the areas where flooding may have impacted deer herds, and hunters may see a later rut if the deer were stressed during the spring and summer. It is also important that hunters pay attention to fawn production, since the flooding may have impacted productivity. A poor fawn crop will have an impact on the harvest as deer move up into the older age classes. As a result, hunters could see fewer bucks in future seasons. 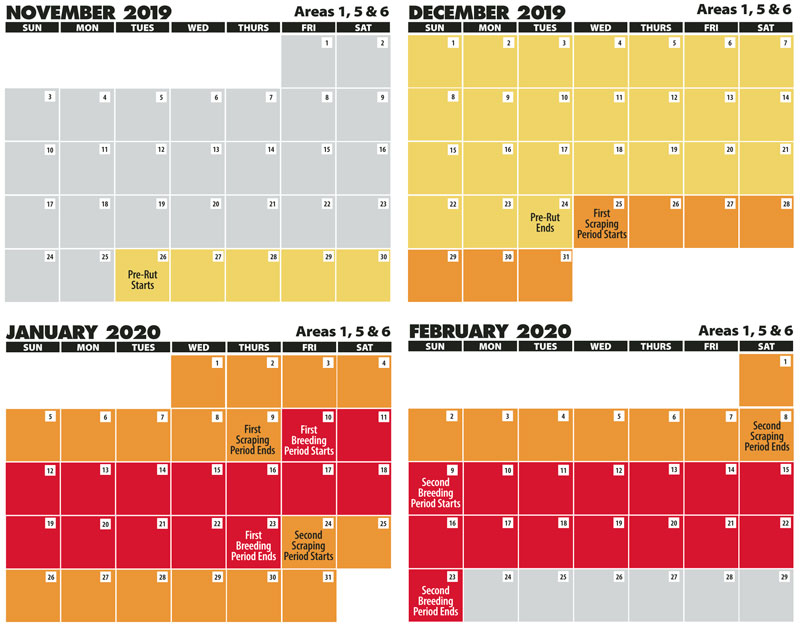 The seasons are set, the rut prediction is in your hand, start making your plans now and have a successful deer season.