The way things are in today’s society, what Paul Meeks did a few decades ago to try and help sell new fangled deer stands probably wouldn’t even be noticed. But back in the day, his sales tactics got people’s attention, changed the direction of deer hunting and even led to people calling the police.

Meeks, the founder and developer of API Outdoors, which became the country’s largest producer of tree stands, vividly recalls a sales trip to a big New Orleans sporting goods store when he was first getting his start.

“I was trying to explain exactly what the concept of a climbing stand was to the people in the store and tell them how it worked,” he said. “I couldn’t really get them to understand, so I gathered everybody up and we all went outside. I put the climber on a telephone pole and climbed it up about 15 feet off the ground. It wasn’t long until a crowd of people gathered around and the police got there to see the crazy man, too.”

Fortunately for Meeks, they understood, the crowd dispersed and he even sold some climbing stands. 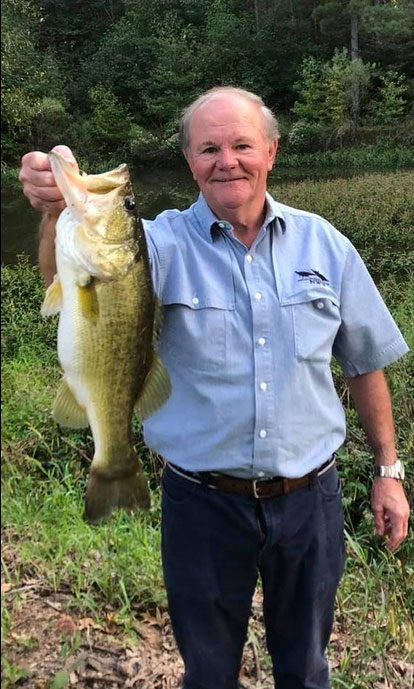 Today, Meeks helps run Great Day, Inc., a manufacturer of ATV accessories and other equipment, with his son, Paul Ilar. They still live and maintain their headquarters in Tallulah, even though the products are sold worldwide. He previously sold his API business to a large sporting goods distributor.

“I’ve been blessed in everything I’ve ever done,” he said. “It is literally the American Dream come true. I love the outdoors and to be able to make a living off what I love to do… I mean, it can’t get any better. I couldn’t have done it without my family and friends and I’m extremely honored by the attention that we have gotten.”

One of our nation’s most innovative outdoors industry leaders, Paul Meeks has remained on the cutting-edge of technology for over 40 years. It was back in 1978 when he first introduced the first climbing tree stand to the world of hunting. It literally revolutionized the hunting industry. It allowed hunters to climb trees anywhere they wanted and not be confined to one tree or one area like they were in box stands or regular ladder stands.

The new concept was hard to explain at first, but when it caught on, it caught on like wildlife. Through continuous design and construction improvements such as the transition to aluminum versus steel, API became the country’s largest producer of tree stands and the largest private employer in North Louisiana with over 350 employees. In 2003, Bass Pro Shops acquired the API Outdoors brand and immediately made API Outdoors a Bass Pro company brand. Meeks remains as a consultant with Bass Pro concerning tree stands and other outdoor gear. 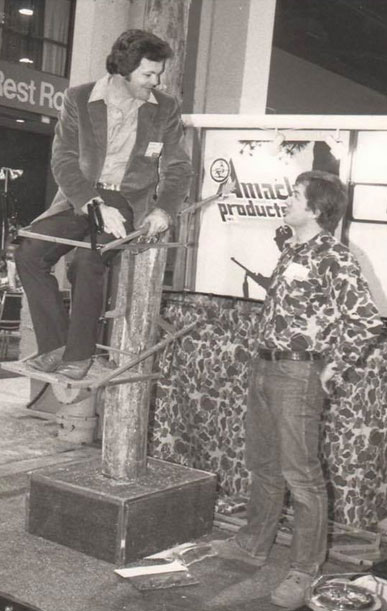 Following the sale of API, in July of 2003, Meeks rolled out his new business producing specialty accessories for all-terrain vehicles of all kinds — ATV’s, UTV’s, Jeeps and trucks. The new venture once again distinguished Meeks and his team in developing outdoors products to meet the rising demand for better and more efficient methods for bringing sportsmen and their families together in the great outdoors.

Over the 12 year life of Great Day, Inc., Meeks has successfully patented several of the most unique products ever for use in the Outdoors.

Meeks has often been referred to as a marketing guru, a man who is relentless in his desire to solve problems even before most of the outdoors market even realizes that a problem exists. Beyond technological innovation, Meeks’ team is considered ”out of the box” in its design strategies and ability to prove a product’s value in meeting the needs of today’s outdoorsman.

Meeks was born in Arkadelphia, Arkansas, and has served on numerous outdoor boards such as the Board of Directors of the Christian Bowhunters of America and the Christian Sportsman’s Fellowship. He is a deacon at First Baptist Church in Tallulah, a Gideon and actively serves his church. His faith is one of the things he values most in his life.

He is a member of the Treestand Manufacturers Hall of Fame and a national sponsor of the National Wild Turkey Foundation. He was awarded the Louisiana Economic Development Businessman of the Year award. 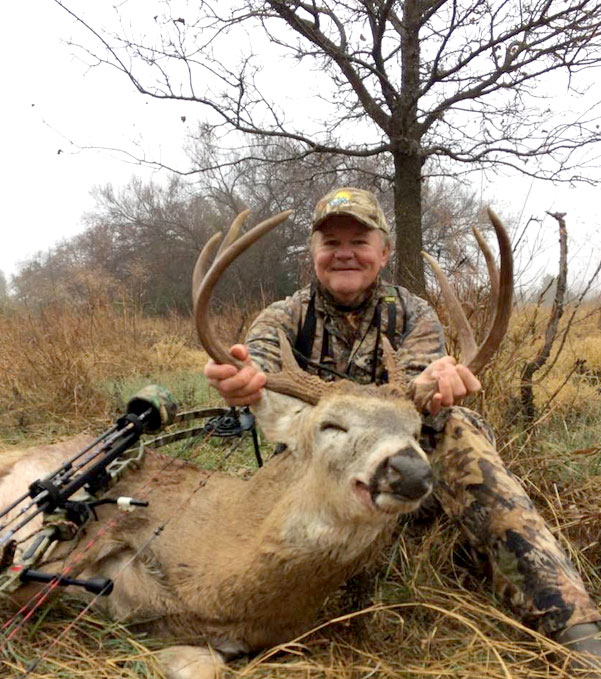 While his activities supporting his community and the outdoors take up much of his time, he is still an active deer and turkey hunter. He has always emphasized safety when using climbing stands, but in 2020, his hunting days almost came to an end while climbing into a box stand.

He was hunting in Kansas like he had done for 20 years. One day it was snowing and the weather was rough, but they went hunting anyway and saw a good many deer. He and his son decided to make it an all-day sit the next day until they got a good buck. When he reached his stand, he climbed the ladder with no problems. But without thinking, he leaned on the handrail to open the door and it gave way. He slipped and in a second, he ended up hanging upside down over the edge of the platform, supported by only a one-handed grip. He couldn’t hold on and finally fell. Fortunately, even though he was writhing in pain, he reached his cell phone and called for help.

After a long recovery, he is back at it again, but not without a lesson he doesn’t ever want anyone else to have to learn the hard way.

“I share this story to make one point,” he said. “It can happen to anybody, anytime. Always be careful and know your surroundings. I’m blessed that my hunting and my life didn’t come to an end that day. Don’t ever be lured into thinking that just because it’s a box stand, something can’t happen. Practice good safety precautions every time you get your feet off the ground.”

You can learn more about the Outdoor Legends Hall of Fame, founded by Garry Mason in Tennessee and led in Louisiana by Peyton McKinnie of Marion, on Facebook.

November 18, 2022 Joe Macaluso Columns, Down on the Dock, Hunting

With all the outdoor items out there for sportsmen, getting a thumbs up on just the right Christmas gift isn’t easy. […]

Tony Crader was hunting on the Alexander State Forest when he took this buck on Oct. 9, 2022. […]