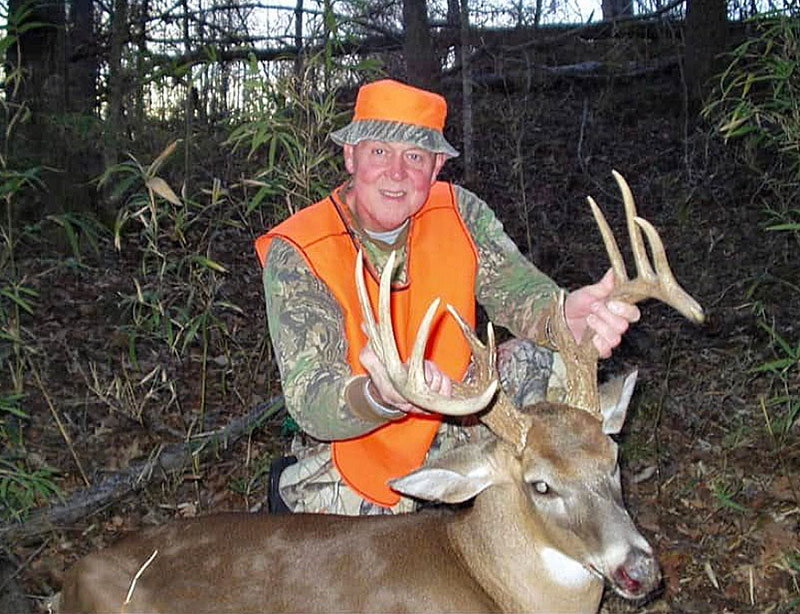 Warren Womack of Clinton just may have put the “W” in woodsmanship. He is not only an accomplished hunter, but he has also documented his activities with the detail of a police investigator putting together the timeline of a case.

Womack’s observations and recordings have helped him develop into a highly successful hunter, but even more importantly, they have also helped numerous others. The logging of each successful hunt is what has made his name one that many deer hunters recognize. The written descriptions of successful hunts full of facts and methods are remarkable. His attention to detail has helped many hunters improve their hunting and his tactics and strategies have been featured in magazines and podcasts.

For that reason, he was named to the Louisiana Chapter of the Legends of the Outdoors 2021 class. 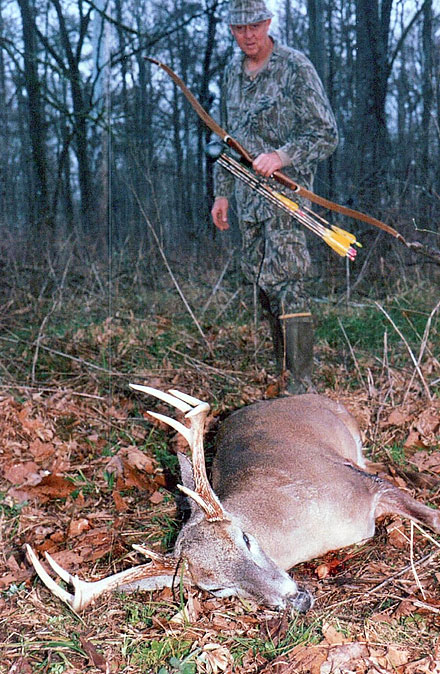 Womack’s lifelong journey in the woods began many years ago chasing after rabbits and squirrels. He developed keen skills and eventually made his name known in the hunting world through deer hunting, killing and documenting nearly 400 total whitetail harvests.

He started deer hunting at 24 years. He killed his first deer in 1968 with a rifle and his first with a bow in 1969. He is proficient with both.

“The knowledge and willingness to help anyone who asks him for advice are what makes the name Warren Womack one that is deserving of induction into the Hall of Fame,” said Greg Hicks, a Buckmasters Whitetail Trophy Records official scorer. “Some people are worthy because they spend their lives selling quality products that help hunters be successful. Warren gives hunters the one thing that, in the end, what we all should be doing. He openly shares his abundant knowledge of the woods and what has made him successful nearly 400 times.”

It’s in the details

While the total number of harvests is impressive, the logging of each successful hunt is what has made him unique. The descriptions of each of his successful hunts are littered with facts and methods that have helped him hone his craft into something noteworthy.

It was a family member, his mother’s baby brother, who came up with the idea that got him started on his remarkable recording of successful deer hunts. He had seen Womack’s love for hunting and told him to write down what he did in the woods and to take pictures. Now Womack even videos his efforts, even with a traditional bow, to show to others. What he has learned has made countless other hunters better at what they do.

Womack’s tactics and strategies have been written about in several hunting magazines and have been the focus of many hunting related podcasts.

One of the keys to his success is his ability to cover a lot of ground, even though he’s in his 70’s, and find the places deer want to be. Despite his success and knowledge, he is also very humble.

“Every time I go in the woods is a learning experience for me,” he said. “Anyone tells you that they have it all figured out is either not telling the truth or they have themselves fooled. Over the years I have developed a system that I use, but I think my main thing is, I feel like I‘ve always tried harder than most hunters. The harder I worked the more success I seem to have. 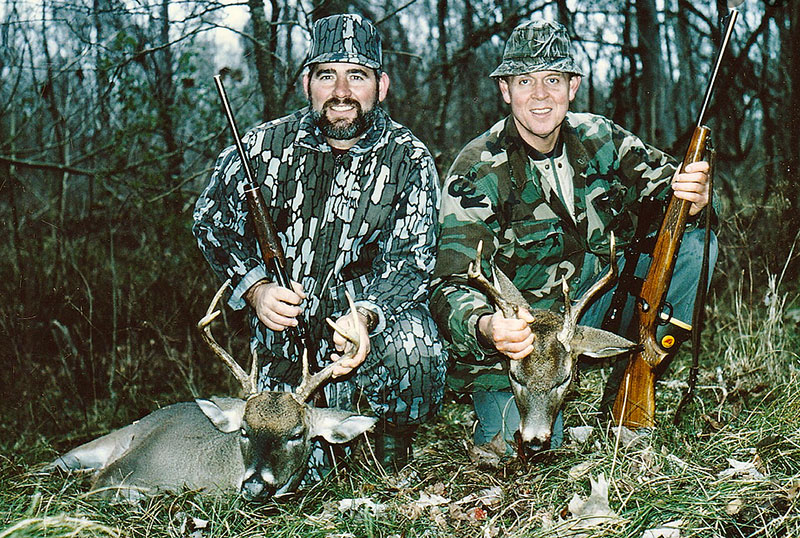 He isn’t about trophy bucks and recognition, either. He’s about hunting.

“For me a shooter buck is a state legal buck and I love to shoot does,” he said. “I’ve found the only thing that makes a doe easier to shoot than a buck is they are more active during the daylight hours. I’ve watched bucks stand like statues for as long as half an hour. They were checking things out. Once they decided to move they never hesitate or look around. In their mind, everything is safe. Now a doe, she is always looking for buggers to jump out and get her. Really, once I make the commitment to try and kill and I do just that, I’m proud of the moment and if it has horns….. that’s just a bonus.”

He has also said that all hunters are not equal in what they consider success and that deer hunting isn’t a one-size-fits-all sport. He said work hard and be happy with what makes you happy. He encourages hunters to spend as much time in the woods as possible, not to expect too much too soon and try to be consistent in your approach.

If he had any advice he’d like to offer people who love the outdoors, what would it be?

“Don’t wait to do something that you want to do,” he said. “Don’t wait for another day or until you retire. Do it now while you can. If you don’t, you may never have the opportunity again.”

The Legends Hall of Fame was founded by Garry Mason of Springville, Tennessee, in 2002 and the Louisiana Chapter is headed up by Peyton McKinnie of Marion. You can find out more about the groups on their Facebook pages.