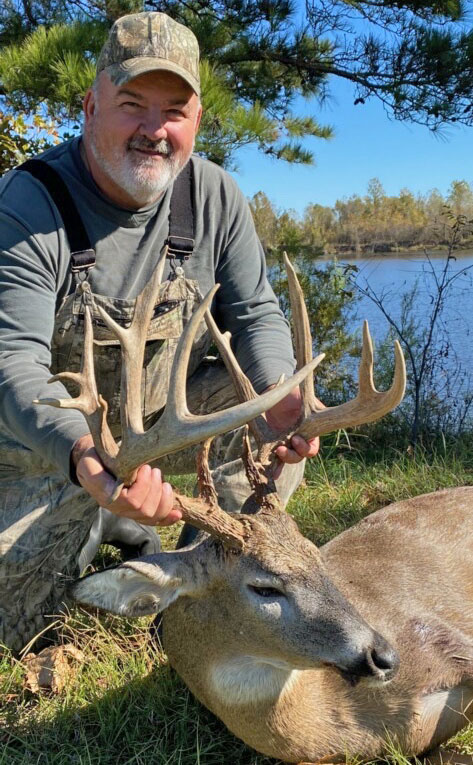 While deer hunting on a parcel of property in Red River Parish, 58-year-old retired logger Kevin Williams of Winnfield watched a little 4-point buck come by where Williams sat 25 feet up a tree in a lock-on stand. The buck hung around awhile and then left.

“It was a pretty sunny day and I had an urge to get off my stand and go fishing instead,” Williams said. “Something told me to stay in the stand awhile longer and I’m glad I did.”

One reason Williams decided to continue his deer hunt instead of opting for his fishing rod was a photo he had gotten on his trail camera a few days before.

“I had an old trail camera that didn’t work right so I ditched it and bought a new camera,” he said. “The first picture I found on the new camera was of a really big buck with an impressive non-typical rack.” 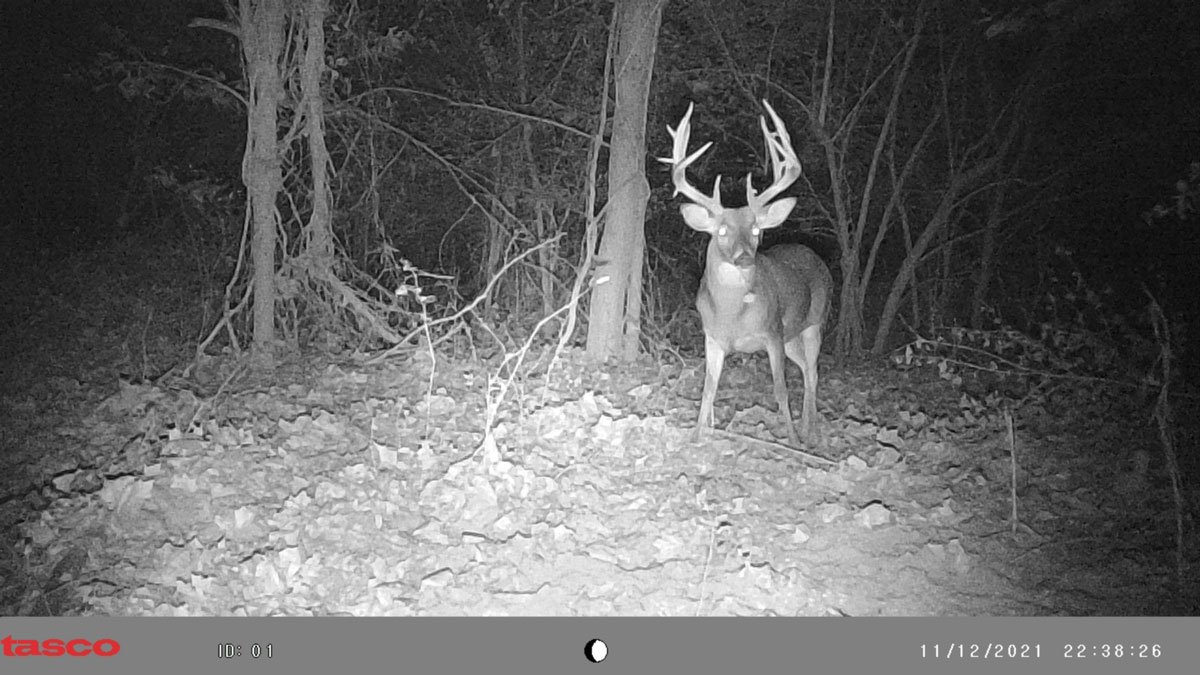 On the morning of Nov. 19, Williams left his home in Winnfield and drove to his camp in Red River Parish. He hung his stand and was settled in before daylight. Sitting in his stand, Williams was looking at a dense thicket near a creek. There was a little opening where he could see maybe 40 yards.

“After the little 4-point left the area, I watched another deer, a spike with one side broken off, come up and start eating the corn I had scattered out from the stand,” Williams said. “The spike ate awhile and then suddenly stopped eating, looked back in the thicket as if he had heard or seen something. Then he went back to eating and abruptly stopped eating again, raised his head and looked back in the thicket. I felt like something was about to happen.

“I was looking in the direction the spike had been looking and through the brush I saw a deer wading the creek and I could see horns.”

Williams had gotten earlier pictures of a 10-point buck hanging out in the area and felt like he was looking at the 10-point. Then the deer came out of the water and shook himself. Williams has a bracket he had made for his phone camera to do a video of the hunt, so he got the camera set up and turned it on.

“The little spike, which had walked toward where the big one was, returned and began eating corn again,” he said. “I had an arrow nocked and was watching the big one when it turned and I was able to see the kickers on the back of the rack and I knew it was the big one.

“When I realized what I was looking at, I got really nervous; I wondered if the top of the tree where I was sitting might have been shaking,” he laughed.

The buck took a step at 18 yards and Williams drew his bow. He was shooting a Bear Approach HC bow with a Blood Sport arrow and 100 grain Red River broadhead.

“I held the bow at full draw for what seemed like forever as the buck just stood there behind some brush,” Williams said. “Then the little spike started walking toward me and I was afraid he might see me and the hunt would be over. When I noticed both bucks looking away, I let off on my bow.”

The big buck turned as if to walk away but stepped into a narrow lane. Williams again drew his bow and released the arrow. The buck, hit in the spine, dropped on the spot. Getting down and walking to the deer, a second arrow finished him off.

The buck sported a non-typical rack of 18 points with 18 inches of sticker points. He had a 16 ½ inside spread and weighed 205 pounds and was aged at 5 ½ years old. Taking the buck to Simmons Sporting Goods to be entered in that store’s big buck contest, the rack measured an even 185 inches, which put the buck in second place in the Non-typical local archery division in the contest.

“I’m sure glad I decided to stay in my stand that day and not get down and go fishing,” Williams said.