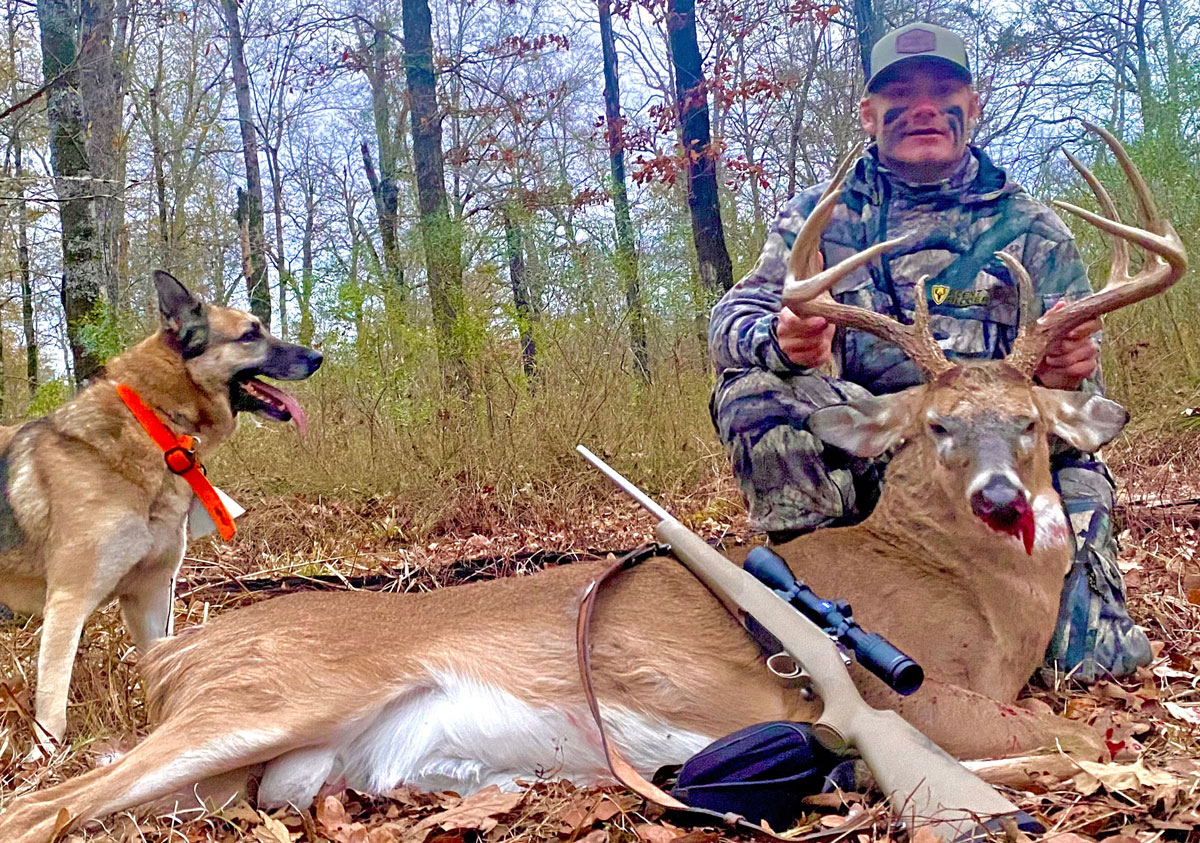 It was a tough day on Friday, Dec. 10, for John Larkin Turner and his Ouachita Christian Eagle football teammates as they came up short in the Class 1A  Louisiana State Championship football game in the Superdome.

But it didn’t take long for Turner to bounce back from the Dome to the woods. As they drove back home to Mer Rouge from New Orleans on Saturday, he told his dad that he didn’t win the ring, but Saturday afternoon, he was going to go make things better by hunting a big buck. So he did.

And he got him. The young Turner shot a 155 6/8 trophy 10-point on the family farm and it was not only his first 10-point, it was his biggest deer ever.

“That made the tough loss a little bit easier to take,” Turner said. “I spent a while Saturday afternoon figuring out what to do and where to go and I decided to grab my climbing stand and go hunt for this deer. We’ve been seeing it for two to three years and this year it really matured from an 8-point into a big 10-point. The deer was on our shooter list and we named him Jimmy because last year my Uncle Jimmy was hunting him and almost got him. But he was hunting with his young son and by the time he got his ear protection on, the big deer had slipped away.”

Not the best conditions

Turner wasn’t too optimistic Saturday afternoon because the wind was blowing pretty hard. In fact, he said, it was swaying his tree. But about 3:30 a doe came out and stayed about 20 minutes. Then a nice 4-point came out and ran the doe away. Turner was watching the 4-point through his binoculars and he took them down for a second. When he put them back up, he was in for a surprise.

“Oh my gosh, all I saw was antlers on the side of the woods,” Turner said. “I said please, please come out into the shooting lane. He walked about 50 yards through the edge of the thin woods and stepped right out into the open broadside.”

Turner got on him and when the deer looked away, he shot him.

“I smoked him,” he said. “I knew I had hit him by the way he took off. But the time he hit the woods, he was stumbling. I watched him run through the woods and into a thicket, then just in a few minutes I heard a crash and I knew he was down.”

Turner called his dad, Justin Turner, and told him to come out because he had shot a big deer. They had been wanting to give their dog, Daisy, a good test and she was brought out to the scene and went right to the deer.

“I mean I was very, very happy,” Turner said. “I still am. After that hard loss, it sweetened things up a bit.”

“I’m going to just get my bow and go bowhunting,” he said. “I’ll slip out into the woods and see if I can get a shot at another good one with my bow.”