George Winters has hunted deer all over the country, and he’s killed some monsters.

But in his eyes, none of them matches the great, 150-inch main-frame 8-pointer he took on Nov. 15 in Claiborne Parish, close to his home in Dubberly — because trophy bucks of that size are rare in that part of Louisiana and because he missed the buck twice before finally killing it.

Winters, a 41-year-old construction worker, had killed a Kansas buck this fall that weighed well in excess of 300 pounds, but that buck didn’t quench his hunting fires.

“I came back from Kansas, and I still wanted (to kill one) here,” he said. “We’ve got a 250-acre lease, and people hunt all around us. You hear so much shooting that you wouldn’t think a deer could even live there.

“This buck just popped up. I had a couple of trail-camera pictures of him in the middle of the night, so I started hunting him.” 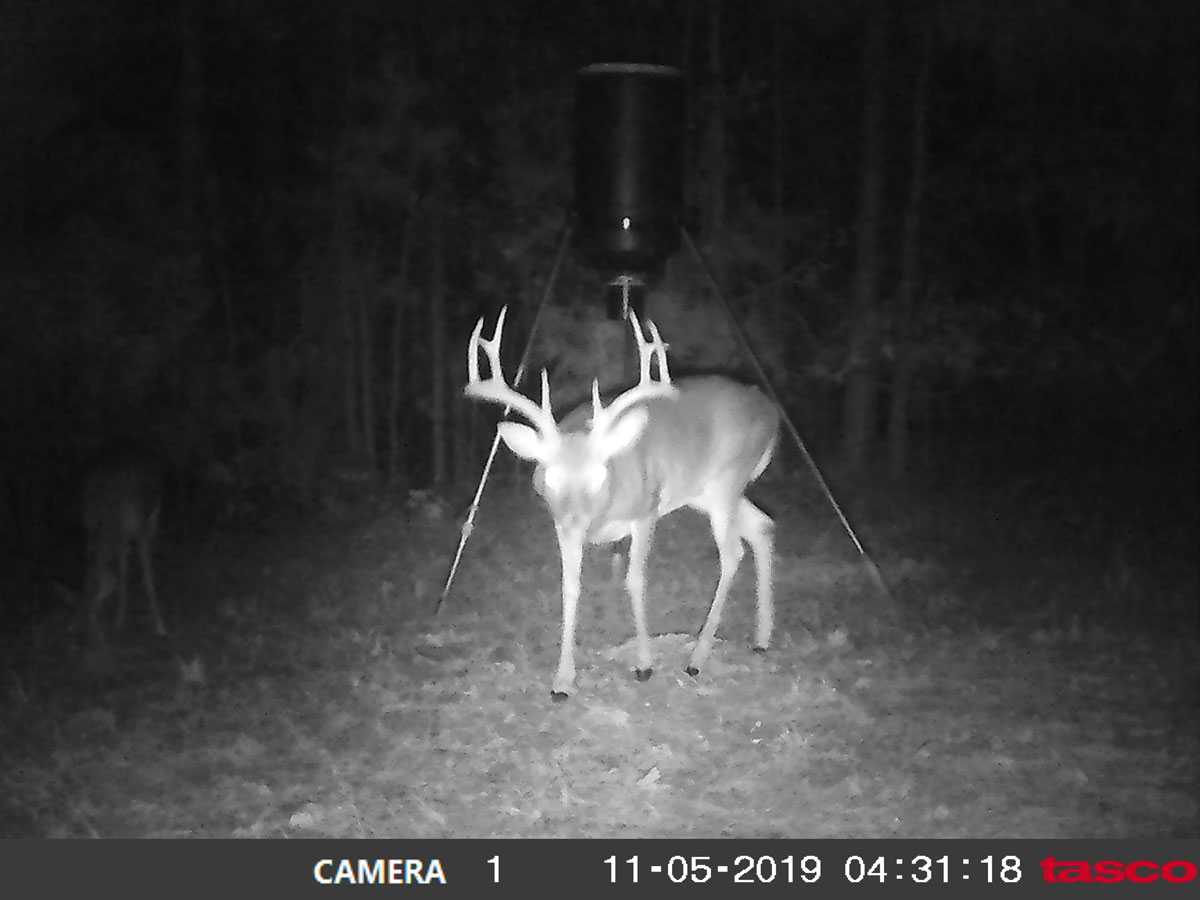 Winters was set up in a box blind on the edge of a long gas-line right-of-way when he first saw the buck on Monday, Nov. 11.

“He was running a doe, doing some rutting, and I missed him two times,” he said. “He was trotting along at 300 yards and I shot at him, just kind of ‘poking and hoping.’ I put (the crosshairs) right on him, and I guess by the time the bullet got there, he was already past. I should have led him.”

Winters was still sick about the first miss when the buck popped up 15 minutes later, at almost the same spot, trotting after the doe again. He missed again.

“I went down there, and there were two big holes in the ground, about six feet apart,” he said, where his .270 bullets had wound up. “But I said, ‘Well, he’s gonna be back,’ and I hunted every day that week.”

Winters did move to another box stand on the right-of-way that was much closer to where the buck had crossed the first two times, and that’s where he was sitting the morning of Nov. 15. Even then, the buck came out 200 yards away — farther down the gas line than he’d been the first time Winters saw him.

“When a doe came out that morning, I had learned. I had the gun up on the rail, and he stopped broadside and looked around, and I dropped him in his tracks,” he said. “I shot him through both shoulders. It was a double-shoulder folder.” 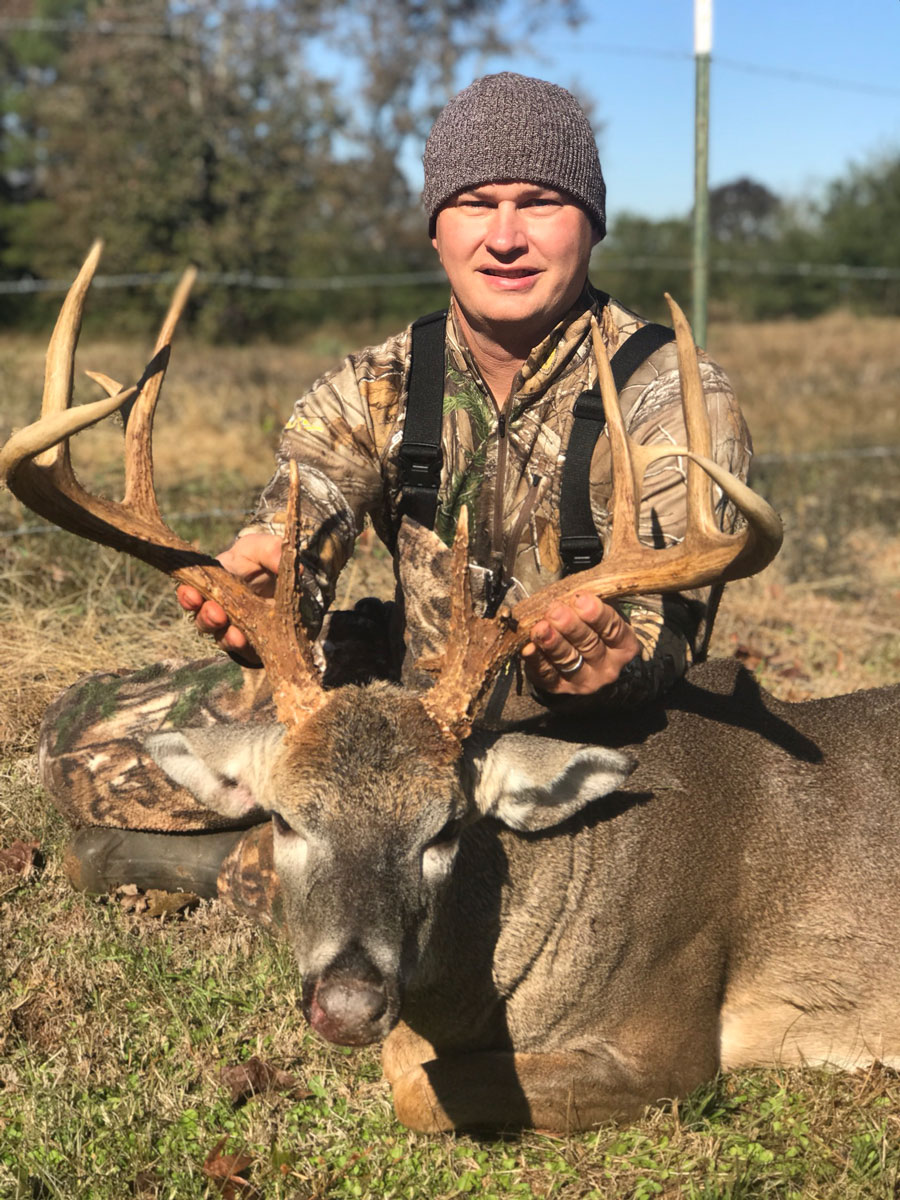 When Winters got to the buck, he was astounded. There was no ground shrinkage — just the opposite.

“He was a lot bigger than I thought he looked on the trail-camera,” he said. “I thought he might go 130 (inches). He’s really big for around here. We’ve hunted here for 20 years, and none of us have ever killed anything like him. We’ve killed some 120-inch bucks, but nothing like this. I got a 193 in Wisconsin, but this one is my best trophy ever because of where he came from and where I killed him.”

Winters had the 184-pound buck measured, and the green score came back at 152 ¼ inches. The buck has a huge, 4×4 main frame with almost identical sticker points on the tallest tines on each antler.

“He was an old deer,” Winters said. “His teeth were ground down all the way to the gum line. I guess he’d been hanging out somewhere, and maybe he got bumped out of there and just showed up where he did.”