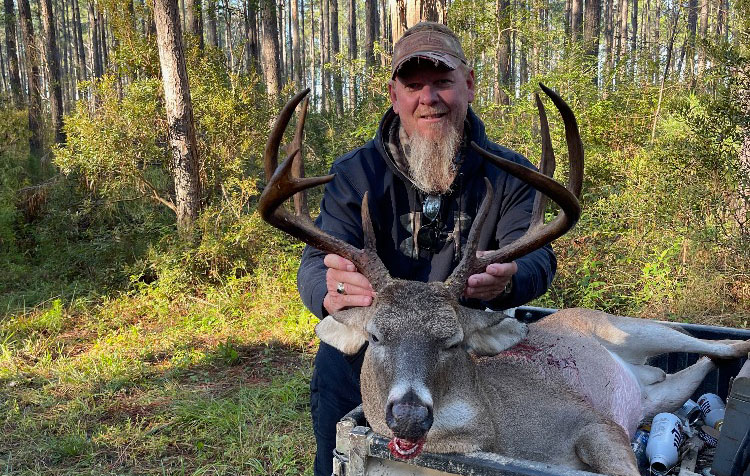 Kevin Smith of DeRidder has several bucks on his bucket list. On the morning of Oct. 31, he scratched one off when he dropped a 200-pound-plus 10-point buck on property he hunts in Beauregard Parish.

“I have access to a 500-acre tract of land south of DeRidder,” Smith said. “I see after the land for the owner and in exchange, he lets me hunt the property. I concentrate my efforts on a portion of the property that is about 100 acres. I keep trail cameras out to keep tabs on the deer on the area.” 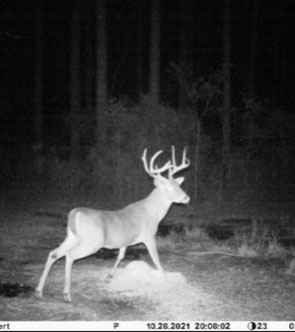 As a result of the most recent hurricane that devastated much of southwest Louisiana, there is a lot of timber that is down or damaged. Smith has spent time clearing lanes and bushhogging the area to create openings that he can see into from the vantage point of his box stand. Smith has taken several nice bucks off the property, deer he has yet to have scored.

“I left the camp I have on the property and climbed into my box stand on Oct. 31 around 5:30 that morning,” said Smith, who owns and manages a trailer park in DeRidder. “My stand is situated along an old woods road that I keep bushhogged and there are also a couple of shooting lanes I can see from my stand.”

Smith does not plant food plots nor does he have feeders out. Instead, he keeps corn and rice bran on the ground out from his stand to attract deer.

“Not long after daylight,” Smith said, “a big doe walked out onto the road. I texted my buddy to tell him what I was looking at and told him I was hopeful that this was the same doe I had pictures of with one of my bucket list bucks following her the night before.”

Five minutes later, the buck stepped out of the woods onto the old road at 120 yards. Smith recognized him as one he was after, got on him with his Howa .270, hit the trigger and watched the deer run down the road about 30 yards before collapsing and falling. 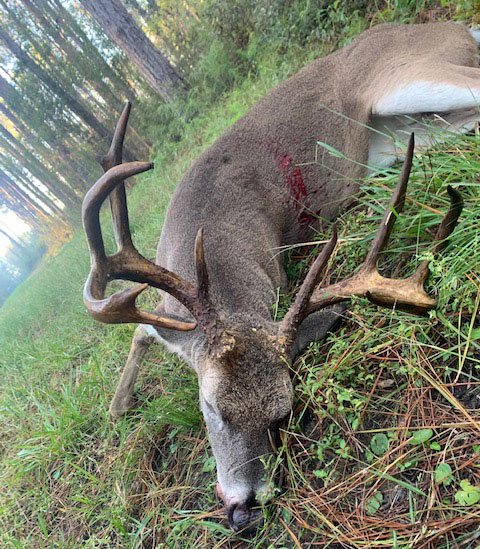 “I love that rifle,” he said. “I have had it since I was 15 years old and it’s my favorite gun that has served me well over the years.”

The buck, one he has known about for the past three years, sported a rack of 10 points. The buck was 6 ½ years old and was a heavy-weight, causing the scale to bottom out at 200 pounds. Inside spread was 17 6/8 inches and the rack was massive over the length of each antler. The buck was officially scored at 148 inches of mass.

“I have him caped out and in my freezer with a couple of other good bucks I hope to eventually get mounted,” Smith said. “I got one a couple of years ago that would have scored more than this one. However, I’m plenty proud to scratch this one off my bucket list.”