When deer hunters wait for a better angle to take a shot and the deer suddenly vanishes, seldom does another opportunity present itself minutes later. Not so for DeRidder hunter Shannon Wingate. Within minutes after the deer vanished, it reappeared and Wingate made good on his second chance.

“My brother and I hunt on family land in Beauregard Parish near DeRidder. We keep game cameras out and had identified two distinct bucks we were targeting. One had a perfect 10-point rack and we named him Nature Boy. The other,” said Wingate, “was a massive and tall 14-point with sticker points and we called him Junk Yard Dog, or JYD for short.”

The 14-point had been followed on camera for the past 3 years and when he first appeared, his rack was impressive enough that Wingate and his brother, Russell, decided to give him a couple of years to see how he might develop because he had the potential to become something special. 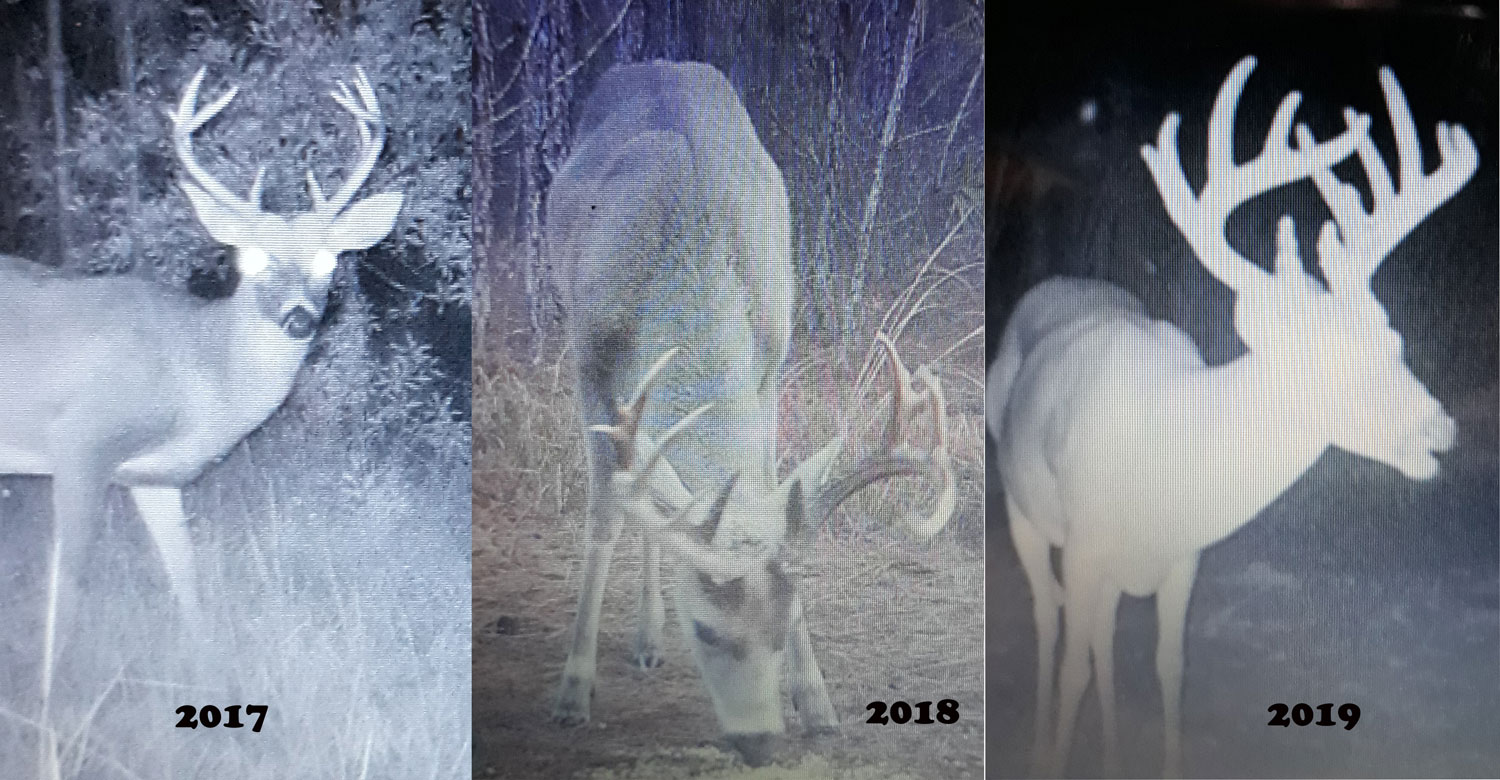 Gun season for deer opened in Area 3 on Oct. 19 when the Wingate brothers headed for stands on the property to see if either Nature Boy or JYD would show up.

“My brother downed a nice 8-point that morning and texted me to let me know he was leaving; I told him that since it was a cool clear high pressure morning when deer often move, I wanted to hang on longer to see if one of the big ones would show up,” he said.

Wingate was not too optimistic because he had no daylight photos of the deer around his stand so he decided to hunt another stand on another piece of property some three miles away where another big buck, an 11-point, had shown up on camera.

“I set up in a pop-up blind at the intersection of a “T” with lanes cleared in three directions,” Wingate said. “About 8:00 that morning, three does came out to feed on the corn pile I had out. I was completely shocked when a big buck stepped out and started walking toward the does. I expected it to be the 11-point but realized I was looking at JYD.”

Setting his Browning A-Bolt 7 mm short mag on shooting sticks and waiting for the right angle, the buck continued to walk straight toward him, which meant he would have had to take a shot in the brisket area.

“I never like to take that angle so I hoped he’d turn and give me a broadside shot. However,” he continued, “the does and the buck all suddenly took off and disappeared into a thicket. I was kicking myself for having a chance at the buck and then watching him suddenly disappear.”

A few minutes later, the does reappeared from the thicket, one at a time, and returned to the corn pile. He saw movement behind them and recognized the rack of JYD emerging from the thicket.

“I wasn’t going to let the second opportunity pass me by and as the buck crouched to take off, I took this opportunity to squeeze off a shot and he disappeared. I called a friend with a blood trailing dog and alerted him I might be needing some help locating my deer. I also contacted my brother who got there 10 minutes later and we walked down to where the deer had been standing when I shot, hoping to find evidence of a hit. There was tall grass in the area where the deer had stood and I was thrilled to see a white belly in the grass; I had dropped the deer in its tracks,” said a relieved Wingate.

The buck sported 14 points on a fairly narrow 14 ½-inch inside spread. Main beams were over 20 inches each with bases over 4 inches. The 5 ½-year-old buck was estimated to weigh in excess of 200 pounds. His rack was measured at 146 6/8 inches.

Look out the ‘window’

Big speckled trout have particular times they feed during the moon cycle. Pay attention to your success and pinpoint when that big-fish feeding window is. […]

A short run from Reggio, Delacroix for reds and specks

Capt. Darren Schaff said the late-fall fishing action at Reggio and Delacroix has been nothing short of fantastic, and he hopes for a mild winter. […]

Cory Fontenot of Kinder got a huge reason to love the Buckhorn WMA in Tensas Parish when he killed a tremendous 10-point trophy buck. […]

About Glynn Harris 355 Articles
Glynn Harris is a long-time outdoor writer from Ruston. He writes weekly outdoor columns for several north Louisiana newspapers, has magazine credits in a number of state and national magazines and broadcasts four outdoor radio broadcasts each week. He has won more than 50 writing and broadcasting awards during his 47 year career.