On Oct. 17, 2020, Tyler Bowen was sitting in his lock-on stand armed with a bow, when at 7:50 that morning a big 8-point buck stepped out and he downed it; the first buck he ever took with a bow.

Fast forward to Oct. 17, 2021 when Bowen was sitting in the same lock-on stand, at the exact location as the year before, when an outstanding 10-point stepped out and he released an arrow and downed the buck. Looking at his watch, he was astounded to see that he shot the 10-point a year later at exactly the same time, 7:50. Both bucks were taken with Bowen’s Mathews Mission Maniac bow and Easton arrows tipped with Grim Reaper broadheads.

Bowen, 26, lives in Lafayette, works at the Student Support Service Office at the University of Louisiana Lafayette and hunts on a 550 acre parcel of family-owned land in Catahoula Parish.

“We had trail cam photos of a big buck last year and started seeing him on camera again this summer when he was in velvet,” Bowen said. “I also found one of his sheds from last year that nailed down just what an impressive buck he was.” 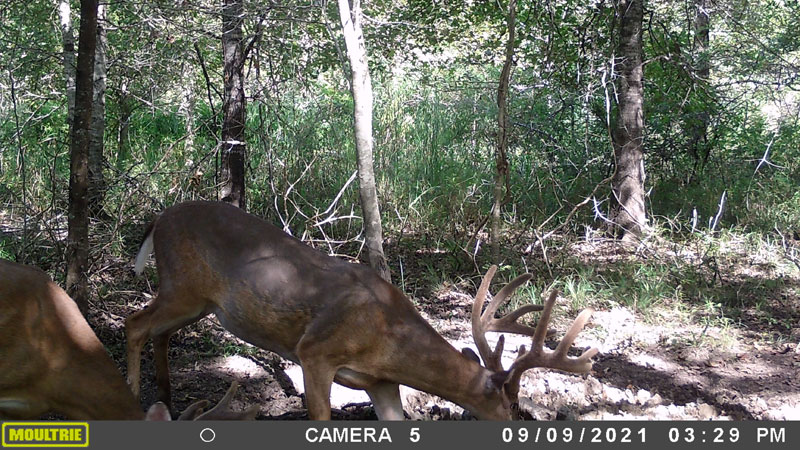 Preparing for the hunt

Bowen had watched the weather and saw that a cold front was scheduled to come through that weekend, so he planned a trip and settled into a camp on the property on Friday, Oct. 15.

“I had the lock-on stand set up at the same spot as the year before,” he said. “In order to reach the stand, I had to use my canoe to paddle across a lake on the property; the stand was only 18 yards from where I beached my canoe. The deer tend to feed in nearby ag fields and walk the edge of the lake headed for their bedding area and I’m set up between feeding and bedding areas.”

Saturday morning produced plenty of sightings as he counted 16 deer that were moving through. However, they were does with a couple of small bucks. Bowen didn’t hunt that afternoon as he worked on planting food plots on another part of the property.

Sunday morning, Bowen was up early, paddled across the lake and was in his lock-on before daylight.

“I had one deer come through and blow at me before it got light enough to see,” he said. “Then soon after daylight, two does came through, spotted my canoe, checked it out and even looked at me as I sat motionless 15 feet up a tree.”

While the two does and then a few others were milling around the area, Bowen said he heard movement in the brush behind him. He spotted an antler and watched as a small 9-point buck came out and he watched him rub his antlers on a tree.

“The 9-point looked up at me but didn’t spook; he just seemed nervous,” Bowen said. “Then I noticed there was another deer standing in the shadows and as the 9-point moved on off, the following deer stepped out and I saw it was the big 10-point I was after.”

Before the big buck stepped out, Bowen was able to slowly stand with his bow drawn when the buck stepped into a small opening. Bowen made a “meah” sound to attract the deer’s attention and when he did the does feeding around took off running and he was afraid the buck would do the same.

“Instead, the buck stopped to watch the does leave and he happened to be in a small opening,” Bowen said. “I released my arrow at 22 yards and watched him run off.”

Staying in his stand for half an hour to calm his nerves, he got down and walked to where the deer was standing and found blood. Instead of following the trail, he called his uncle on whose property he was hunting to come help him. The deer ran about 100 yards when they found him where he expired. 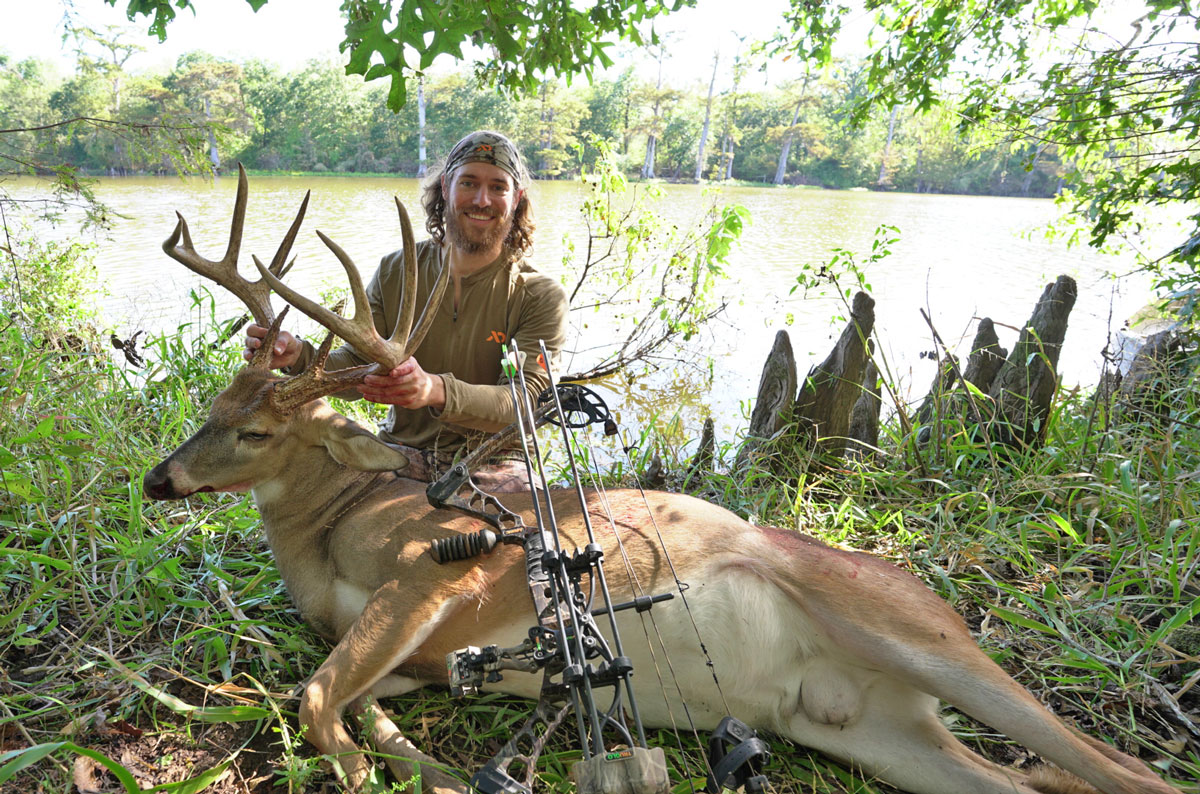 Adding excitement, Bowen filmed the entire hunt and the footage can be seen by visiting his YouTube channel.