It may have been a tough decision to make but Dr. Jack Cox chose a huge buck nicknamed “Show Stopper” over staying at the camp and watching the LSU/Alabama game on Nov. 9. Hopefully, he recorded the game to view later as the Tigers under the leadership of Heisman Trophy candidate Joe Burrow dismantled the famed Crimson Tide.

“There were a bunch of hunters that morning at our Winter Quarters club in Tensas Parish. However when it was time for the afternoon hunt,” said Cox, “only three of us showed up.”

Instead of drawing for stands as is normally the case, with so many stands available, each hunter selected the stand he wanted to hunt. Luckily for Dr. Cox, Anesthesiologist from Ruston, he was able to grab the tag for the stand he really wanted to hunt because the buck everybody was after, “Show Stopper” had been hanging around the area around his stand.

“It was a warm afternoon and my stand had been closed up,” Cox said. “I opened windows and the door and actually sat on the steps to wait until the stand cooled off.”

Once it had cooled off sufficiently, Cox settled into his chair in the stand. It didn’t take long before he began seeing deer.

“Around 5:00, deer started showing up in the long food plot I was watching,” he said. “I began getting glimpses of a big buck in the woods 75 yards directly in front of me and recognized him as ‘Show Stopper.’”

After watching some does and several small bucks emerge from the woods across from him, the big buck finally stepped out and stood for a long time facing Cox.

“I thought about aiming for the white patch on his throat but when I got my rifle up, I was so nervous the crosshairs were going in all directions,” Cox laughed. 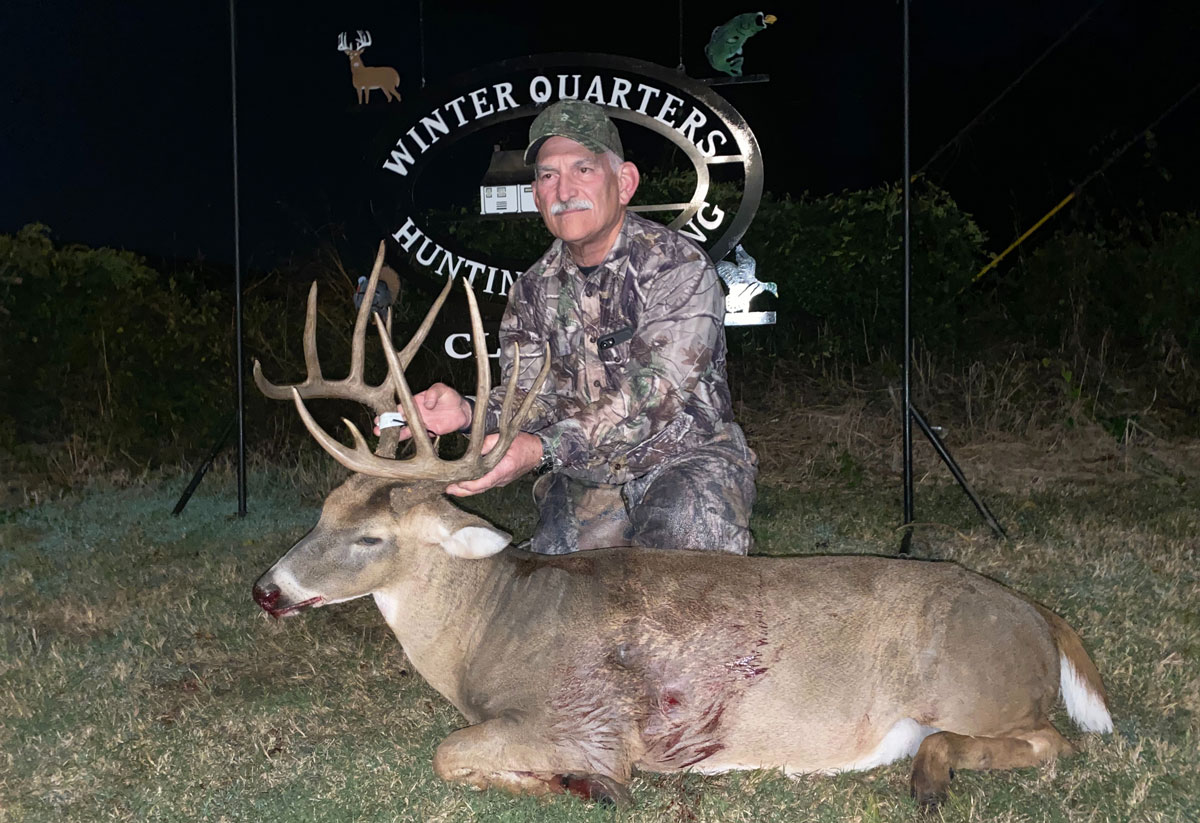 The buck finally turned broadside and one shot from his 35 Whelan and the buck was down. He sported 13 points, main beams 22 inches, G2s were 16 inches, G3s were 11 inches and G4s 9 inches. Base was over 5 inches with mass that carried over the rack. Weighing 203 pounds, the buck was green scored at 171 1/8 inches.

Meanwhile, Dr. Cox’s nephew, 25-year-old Lane Cox, was sitting on a stand half a mile away. He heard a shot in the direction his uncle was hunting, texted him to see if he shot and got a two-word return text; “Show Stopper.”

Lane, who was hunting a big 10-point buck they called “Hoss,” was overlooking a patch of tall grass where he felt .”the buck was probably hanging out. He looked at his watch which read 5:34 and he knew legal shooting hours ended at 5:36.

“As it was getting darker, I started packing my gear to climb down when I looked out a window and saw a black blob standing in the field behind me,” Lane said. “I put my binoculars on him and recognized him as ‘Hoss.’ I ranged the distance, 150 yards, got my scope on him, hit the trigger on my 35 Whelan and he dropped.” 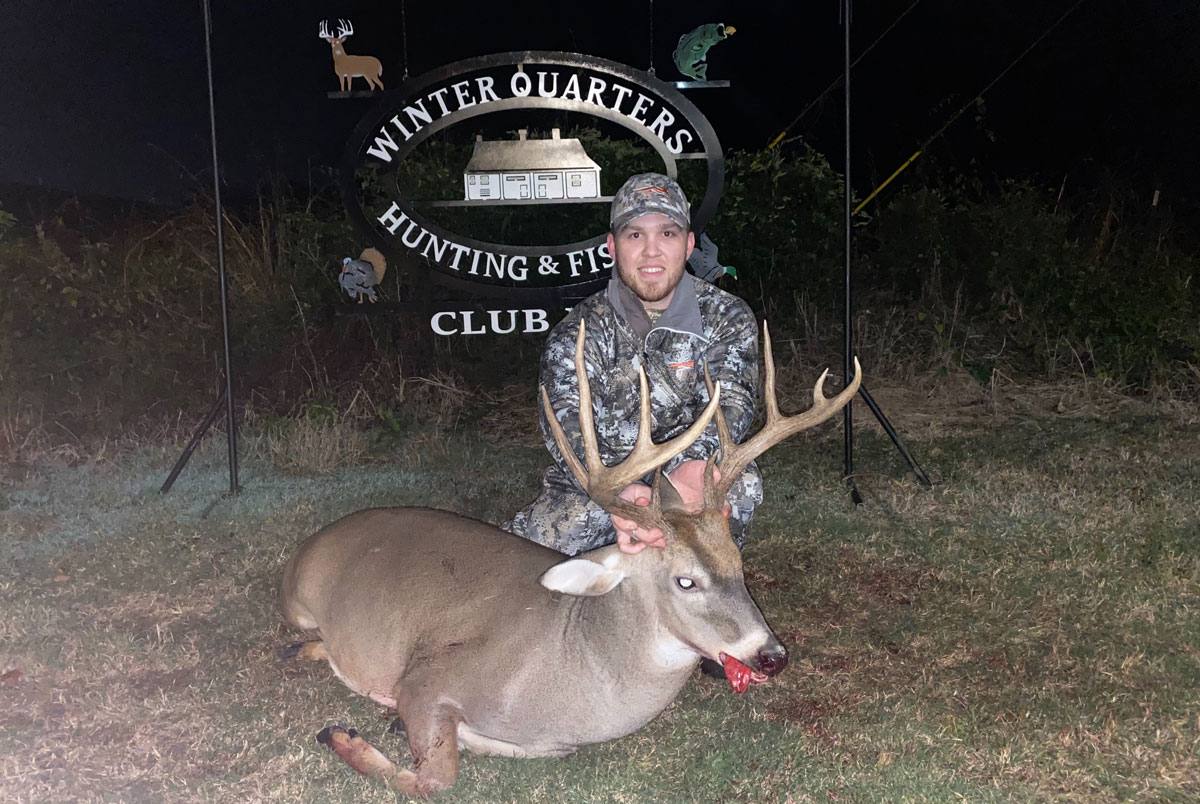 Hurrying down to him to confirm he had actually shot the buck he hoped he’d shot, he confirmed it was “Hoss,” a big 10-point buck with an inside spread of 18 inches, main beams 22 inches each with 4 ½ inch bases. The buck which weighed 230 pounds was scored at 142 4/8 inches.