On Oct. 28, 2019, 33-year-old Sara Furman climbed onto a tall, two-person ladder stand on her boyfriend’s hunting lease near Jackson.

She and Dr. David Bulot had placed his last Spypoint camera on her stand site — Sara had won the argument that her site was the best choice.

Within a day or two, the camera started sending images to his phone of a monster buck — one never seen before.

“We started baiting the stand with Big Tine .30-06 Deer Blend, and this buck was showing up every night, going to the feed,” Sara said.

But the huge-racked buck had a discerning palate.

“Yeah,” David smirked.  “We started putting out plain corn, and he quit coming.”

After two weeks of frustration, they went back to using the corn, milo, sunflower mixture — and the buck came back! They started seeing him on the camera again. 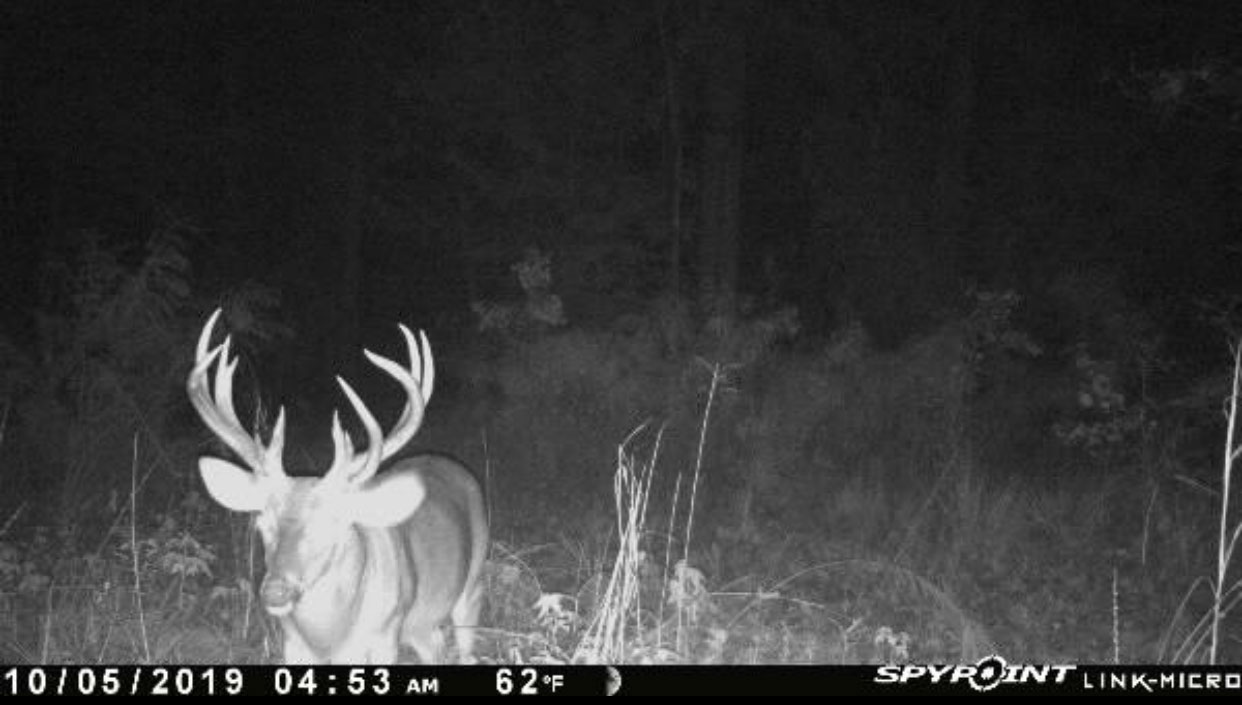 On Oct. 28, Sara and her 11-year-old daughter, Luciana, climbed up on the double ladder stand. They had never seen the buck appear in daylight. But he had steadily been feeding on the Big Tine .30-06 blend each night — and they faithfully kept resupplying the cache.

At approximately 6:15 p.m., a fawn stepped into the clearing, followed by a nervous-acting doe. Luciana and Sara froze as the doe peered in their direction, staring hard at their stand.

Then, the monster appeared — he stepped out, keeping an eye on the doe.

“He kept watching the doe — he wasn’t as nervous, but I couldn’t move for fear of spooking her.” Sara said Luciana was calm during the entire ordeal, squeezing her arm to calm her down, and not shoot too fast. 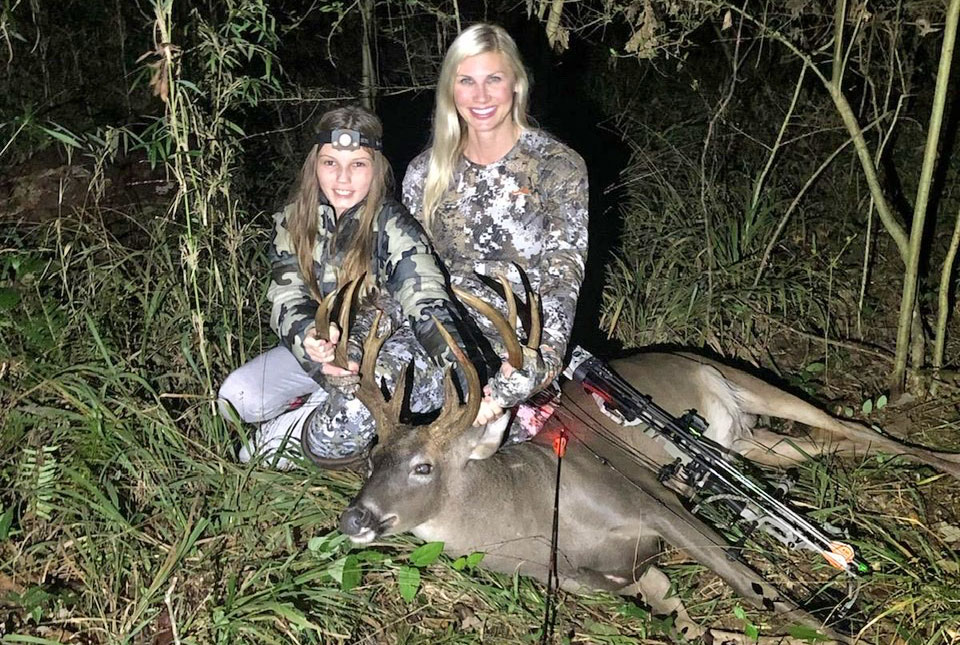 Finally, the doe stared off in another direction, and the buck looked with her. When the buck turned slightly to stare with the doe, Sara took her shot.

Remaining in a sitting position, she raised her Mathews Avail Compound Bow, pulled the string back to full draw, sighted and released.

Sara had set her bow for 50 pounds. “It was a little hard to pull at first, but I wanted the velocity, so I started working out at the gym, building my upper body strength.”

Throwing an Easton Axis 5MM carbon fiber arrow with a Muzzy tri-bladed Trocar 100 grain broadhead, she watched the arrow whack into the buck — a little far back, just missing the rear of the lungs.

“I knew I had hit him,” she said.  “I saw the arrow sticking out of his side when he whirled and ran into the brush.”

David got on the phone and called a friend with a bloodhound for a pet.

The hound led them to the deer, only 75 yards away. Sara’s arrow had cut a major artery. 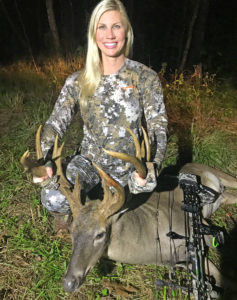 “He bled out, right there,” she said. The extraordinary rack carried 15 scorable points, and was rough-measured by an official Pope and Young scorer at approximately 155 inches non-typical.  If the scoring holds through the official drying period, the deer will become the 3rd largest bow kill by a woman in Louisiana P&Y records.

Incredibly, the Spypoint camera caught a picture of Sara’s first bow deer as it walked past the lens, with Sara and Luciana looking down on the deer, seconds before the shot. 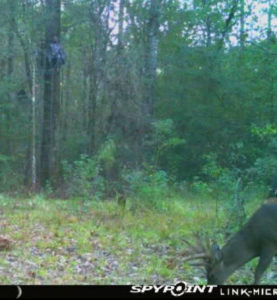 Last spring, David and Sara went turkey hunting on the lease. He called up a bird, and she shot her first turkey. It turned out to be the No. 2 bird in the Louisiana Big Game Records for a woman-killed turkey with a shotgun.

“It’s been an incredible year,” David said. “The guys want me to take her fishing in the pond, so she can catch the world-record bass.”

David said when he met Sara through friends, he asked her out for a specific date.

“I’d love to,” she said, “but I’ve already got plans to go alligator hunting that weekend…”

He knew then, he had to get to know this Morgan City area native a whole lot better.

When asked about their relationship, he stated instantly, with a huge grin, “Are you kidding?  She’s the love of my life!”

Cagnina downs buck this year he missed year ago

On December 12, Dylan Cagnina of New Iberia took a 12-point Bienville Parish buck he is sure is the one he missed a year ago. […]

Buck eludes brother-in-law; sister-in-law gets him

Kylie Brown took down a 12-point trophy buck her brother-in-law had been after near her home in Richland Parish on December 22. […]

Greg Felts and his best friend Chad Johnson both took 11-point bucks on private land in Tensas Parish on Nov. 28. […]