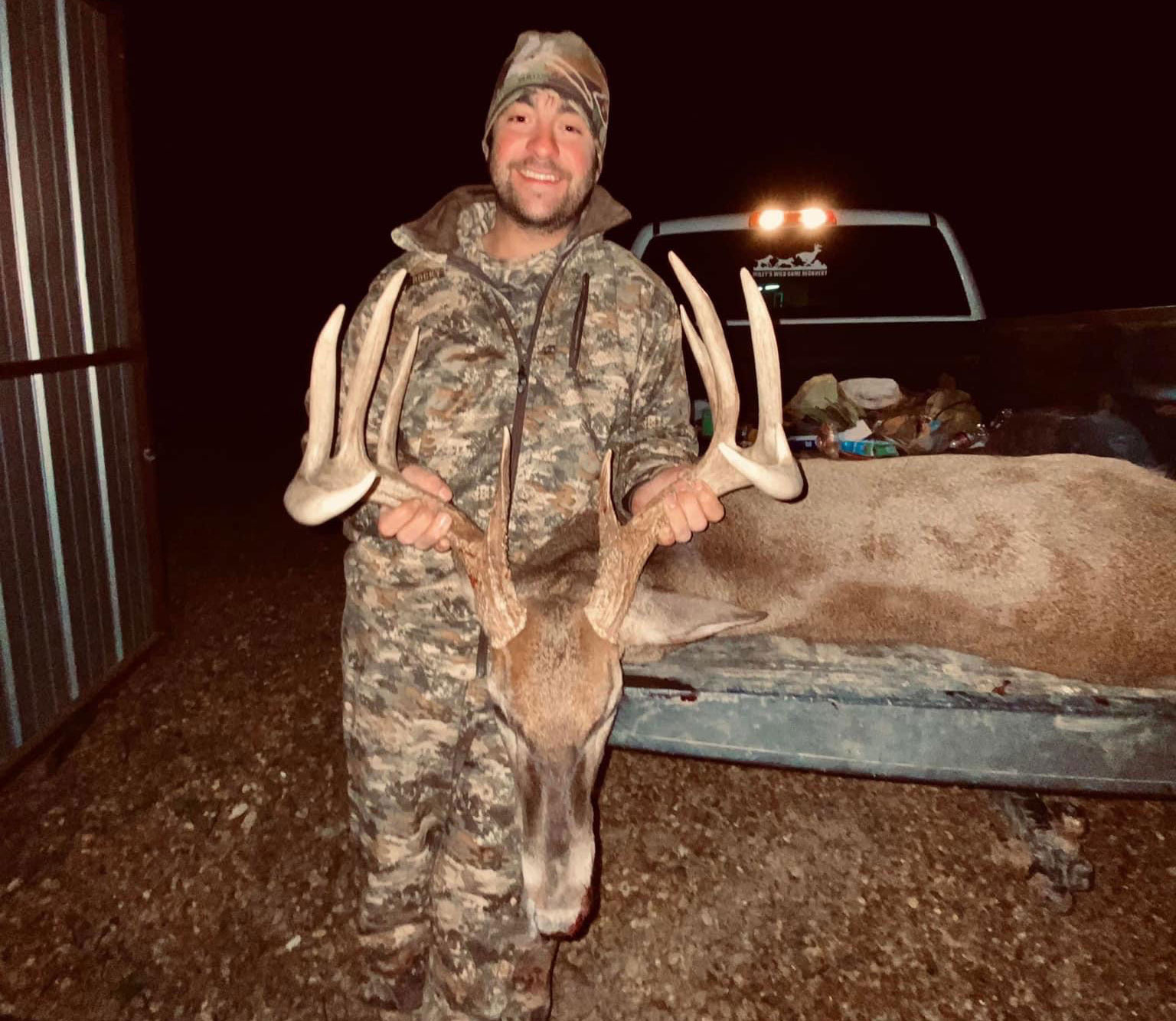 It was on Christmas Day, 2020, when Bubba Wiley last had a trail camera photo of a big buck that had been showing up regularly prior to Christmas a year ago. He suddenly vanished without any evidence that he was still in the area.

“I had him on camera pretty regularly that season and then after the Christmas 2020 photo, he just dropped off the map,” Wiley said. “I had no idea what happened to him if he had ventured off the property, another hunter shot him or he had otherwise died.” 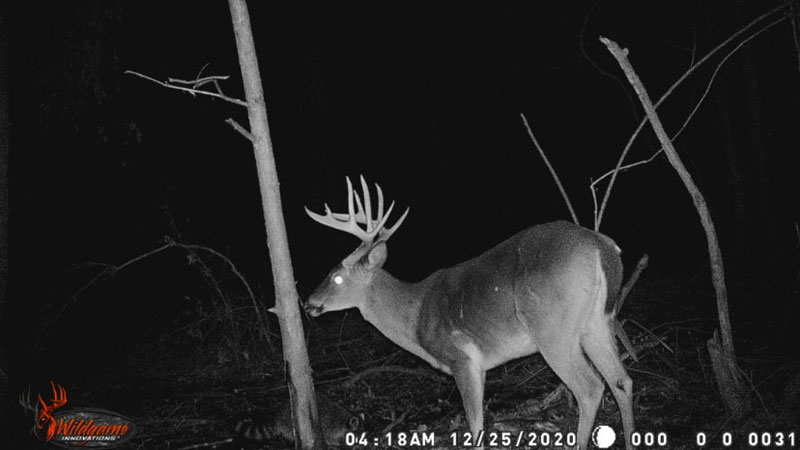 As the 2020-21 season was nearing closure, the buck was a no-show on cameras or actual sightings. That all changed on the afternoon of Jan. 10, 2022 when he suddenly appeared out from the box stand where Wiley sat.

Wiley, age 26, lives in Jonesville and works derricks in the oil field in east Texas. He was home during the early days of January and decided to go sit on his stand on property owned by family members in Catahoula Parish.

“I got on my stand the morning of Jan. 9,” Wiley said. “I saw a couple of does and saw three boar hogs, and I shot two of them.”

The following day, Monday Jan. 10, Wiley got back in his box stand at noon with plans to sit all day. This was the first time he had hunted that stand all season. The stand overlooks three shooting lanes where Wiley had scattered corn and bran.

“I sat from noon until around 4:30 when the first deer showed up, four does,” he said. “Then some bucks began filtering out of the woods onto the lane and I counted eight different small bucks that walked out.”

Twenty minutes later, out stepped a big buck at 40 yards and Wiley recognized him as the one he hadn’t seen in over a year.

“We have an unwritten rule and understanding to not shoot a buck unless he’s mature enough to mount,” Wiley said. “I spent a good 30 minutes trying to make up my mind if this one was big enough to shoot. I decided he was a shooter so I put the scope on my Savage .308 on him and hit the trigger. When I shot, he took off back through the woods.”

Giving the buck time to expire, Wiley sat on his stand until dark before walking down to where the deer was standing when he shot. He found blood as evidence of a good hit.

“I have blood trailing dogs and was thinking about getting them but I walked just a little way in the direction he had run and found him piled up at 20 yards,” Wiley continued. 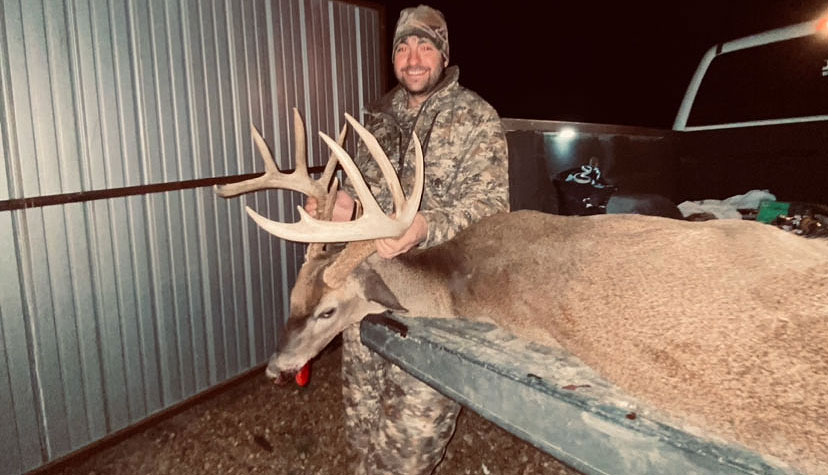 The buck carried a rack of 11 points with an inside spread of 17 3/8 inches. Main beams were 24 inches with bases over 5 inches each.

“He was rutted down and probably only weighed about 190 pounds,” Wiley said. “He was aged at 4 ½ years.”

The buck was taken to two different sporting goods stores to be measured and entered into big buck contests. The rack measurement was 165 6/8 inches.