Elm Grove’s Rick Guillot, a 41-year-old registered nurse at Willis Knighton Hospital in Shreveport, has a pair of four-legged friends to thank for locating a big buck he arrowed Oct. 24. It is questionable if he would have been able to recover the 8-point Red River Parish buck without the expertise of two dogs trained to follow the trail of a wounded buck.

“I hunt on 2000 acre Love Lake Hunting Club in Red River Parish,” Guillot began. “Our trail cameras had revealed a nice 8-point buck last season that we passed on to give him another year because it seemed he had potential to be more impressive this year.”

This year, Guillot’s cameras had confirmed what he believed; the buck had matured to the point that he was on the “hit list” this season if he showed himself during daylight hours. 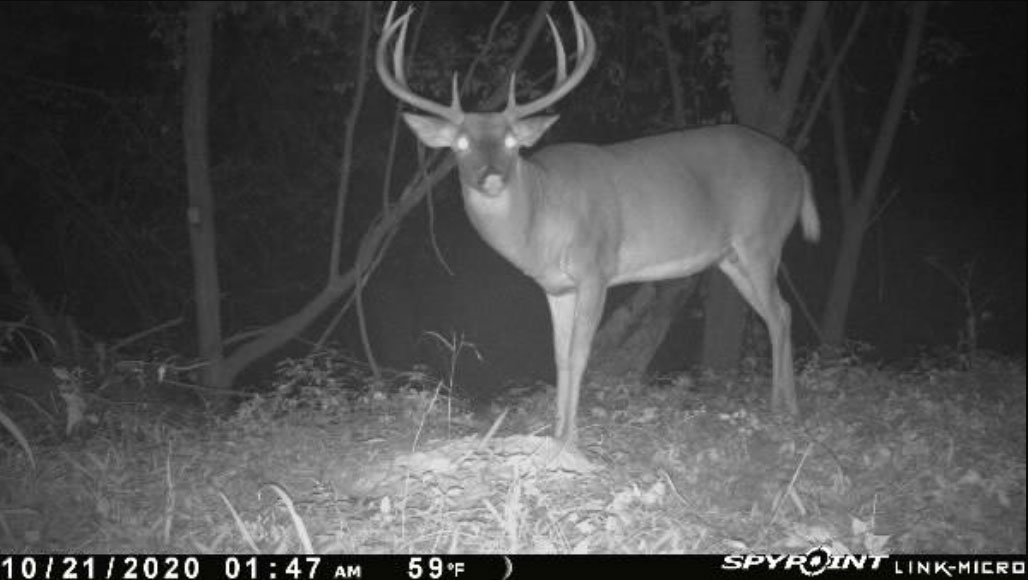 “Our club features a mixture of pines and hills on one side and we are situated next to a hardwood bottom on the other,” he said. “We back up to Loggy Bayou that borders us on one side with its hardwood habitat adjoining the high pine hills on the other.

“I had figured out where the buck’s bedding area was located to the east just across a small stream that fed into Loggy Bayou. I usually hunt from a climber or lock-on stand but the area I chose wouldn’t give me the clearance I needed in case the buck left his bedding area, so I chose to set up a lean-to ladder stand that would give me a better view of the area.”

Guillot had started putting out feed in the form of rice bran and corn just across the small stream with his stand facing east, favoring either a north or south wind to hide his scent. On the afternoon of Oct. 18, he climbed onto his ladder stand to see if the buck would appear in daylight hours.

“Just before legal shooting hours ended, I saw movement and the buck had stepped out of the thicket and headed to the feed pile,” Guillot said. “It was getting pretty late and I couldn’t see very well. I drew back on him, released my arrow and shot over him. The buck jumped and ran maybe 10 yards. A few minutes later, he returned to the feed. By then it was too late for another shot so I sat in the stand maybe half an hour until I heard him walk away before I eased down and slipped out.”

Guillot hunted the stand at mid-week without seeing anything. On Saturday, Oct. 24, he was back in his stand to try the buck once again.

“I hunted that morning and saw a doe and fawn but no buck showed up,” he said. “I was back on my stand that afternoon and at 6:40 with plenty of light left to shoot, the buck came out again. I shoot a Matthews compound bow with a Carbon Express arrow and Muzzy Hybrid broadhead. He was quartering away, but I felt at 26 yards I had a chance at a good shot, so I took it. The buck took off, I waited half an hour or so before getting down. I got on his trail and followed blood for a while before losing it.”

Dogs save the day

What Guillot did next resulted in his being able to find his buck when there was very little blood to follow. He called a cousin who has a good blood trailing dog and a neighbor who has a beagle adept at blood trailing.

“I had the beagle on a leash and the other dog was running on its own,” Guillot said. “After losing the trail and picking it up again, we followed the dogs and walked up on the dog that had been running loose sitting next to my buck with the beagle pulling me in that direction.” 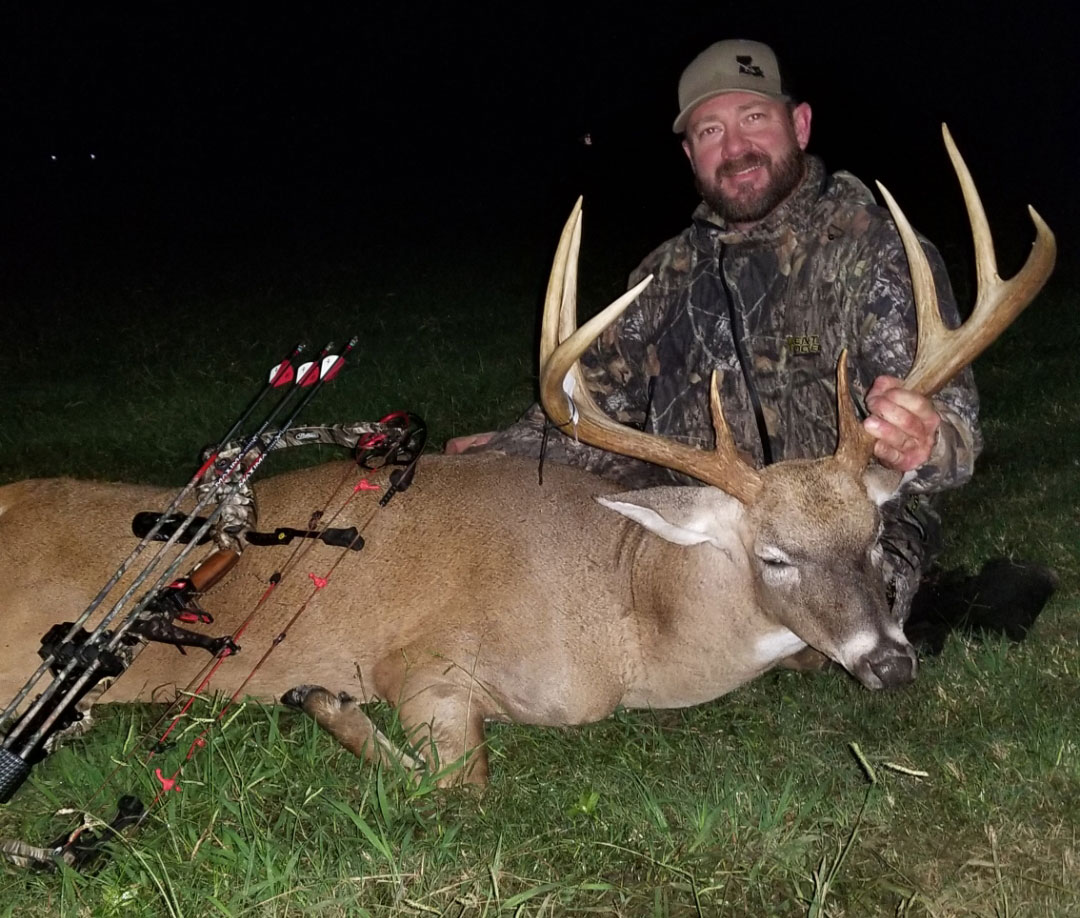 The buck’s rack featured 8 points with a wide 20 2/8 inside spread, main beams over 22 inches with base and the next two measurements over 4 inches each. The buck was measured at 142 inches of antler mass.

“I have killed big deer over the years,” Guillot said, “but thanks to these two blood trailing dogs, I was able to down the biggest one I ever got with my bow.”