So we researched the archives of LouisianaSportsman.com and came up with the 10 most compelling stories of the year.

Hope you enjoy looking back at last year’s recap of some impressive deer, big-time bass and other interesting stories

House Bill 391 that would guarantee public access to tidal waterways received approval by the House of Representatives’ Committee on Civil Law and Procedure, setting up a hearing on the floor of the House.

And no one was more shocked than Louisiana Sportsmen’s Coalition board member Darryl Carpenter.

“I have spent so many days in the Capitol, and have heard the conversations and the lobby that’s opposing it — so, yes, I am surprised it passed the committee,” Carpenter said. 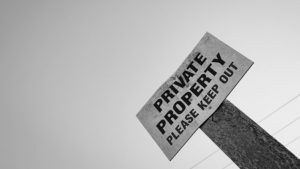 There remains a lot of ground to cover before the bill becomes law: It must first be approved by the full House, move to a Senate committee, receive approval by the full Senate and then be signed by Gov. John Bel Edwards.

“Each one of these (steps) has the ability to kill (the bill),” Carpenter said.

But he said today’s events give him great hope.

“If nothing else, if this doesn’t continue forward … I think it has brought the issue to light enough that maybe it’ll bring the opposition to the table,” Carpenter said. “At this point, the attitude of the landowners has been, ‘We have it, you want it, you don’t have anything to bargain with.’

He also said this should be a wake-up call to anglers who want to change the way water access is handled in Louisiana.

When Amanda Smith departed for her deer stand on Jan. 13 in Avoyelles Parish, her husband Scotty jokingly told her not to come home unless she was bringing back some fresh venison.

Smith, 33, of Brouillette, accomplished that — and a whole lot more — when she dropped a jaw-dropping 25-point non-typical buck that stretched the tape to more than 240 inches Boone and Crockett.

On Monday, Feb. 5, 48-year-old pharmaceutical salesman Troy Borill dropped a giant trophy in Acadia Parish — but it didn’t have a gnarly rack or a huge inside spread.

It did, however, have a wicked set of teeth — it was a massive male bobcat that tipped the scales at a whopping 38 pounds, and no one he talked to — including a couple of biologists with the Louisiana Department of Wildlife and Fisheries — had seen one that big in a long time.

In the span of about 30 minutes on a dreary, drizzly morning on Caney Lake, Hunter Freeman and Corey Harris experienced a bite so epic most bass anglers’ wildest dreams probably wouldn’t even come close to what actually happened out on the water.

Try to wrap your head around just a few of the mind-blowing stats from their trip on Feb. 26: Freeman’s second cast netted a 7-pounder. The biggest fish of the day weighed 9.68 pounds, and they had about 30 pounds in their livewell by 7:05 a.m. — after less than 30 minutes of fishing. Of the more than 25 total bass caught, every last one weighed more than 5 pounds, with the exception of just three or four fish.

When the dust settled by about 9:20, they headed to Hook’s Marina and weighed in a five-fish bag that tipped the certified scales there at 36.3 pounds.

On Jan. 24, Hunter Vaughn and his grandpa Jack Elkins decided to make a quick late-afternoon fishing trip on Lake Bistineau. Neither knew it at the time, but they were about one hour from encountering the biggest bass they’d ever seen.

The pair put the bass in the livewell, and headed out to quickly get measurements. It tipped the scales at a whopping 12 pounds, 5 ounces, with a 27-inch length and a massive 20 ¼-inch girth.

Vaughn released the bass — his biggest ever — back into Bistineau, and ordered a replica mount to commemorate a day on the water he and his grandpa won’t ever forget.

Enforcement agents with the Louisiana Department of Wildlife and Fisheries arrested a 64-year-old Farmerville man after he allegedly confronted fishermen legally fishing in front of his property and dock on Lake D’Arbonne — and allegedly poured gasoline on them in an attempt to get them to leave.

Agents arrested Vincent Ditta for simple battery and harassment of fishermen, according to a press release.

Editor’s Note: According to the LDWF, Ditta is slated to go to trial to face the battery and harassment charges on Feb. 6, 2019.

Nothing prepared Capt. Jamie Gaspard of Pure Adrenalin Fishing Charters for the odd-looking creature that hit his deck about 3 p.m. on Aug. 15.

It actually looked like something more at home in Jurassic Park.

“The only thing it was missing was a hissing noise,” said Gaspard, who was fishing 2,000 feet down in about 5,000 feet of water 120 miles out of Fourchon in the Green Canyon.

The strange-looking creature actually was a lancetfish, or Alepisaurus, which means scaleless lizard. This vicious-looking predator has a long slinky body, huge eyes, teeth larger than a barracuda,  holographic coloring and a large, sailfish-like iridescent fin.

Capt. Eric Pellegrin was in the midst of a hot trout bite near Wine Island Pass out of Cocodrie when a redfish crashed the party.

“I was like, ‘Oh my gosh!’ I couldn’t believe it. With all the fish I’ve caught and seen in my life … I never would have expected to catch something like that,” he said. “To me, that’s a once-in-a-lifetime fish that’s more precious to me than my nice buck on the wall.”

The spotted redfish was 26 inches long with a 14-inch girth, and tipped the scales at 5.5 pounds.

Catching it was the easy part — counting its spots wasn’t.

“The best I can say with a good accurate count is it’s right at 400 spots total.”

Two duck hunters were cited for deer violations in Evangeline Parish after allegedly admitting to LDWF agents that they shot and killed an 18-point non-typical buck with bird shot.

Agents received a tip about the two men illegally harvesting a deer while they were duck hunting on Grand Marais Bayou near Mamou. With a shotgun, deer can only be harvested with a slug or buckshot.

Like the old song says, sometimes you need a little help from your friends.

In Malcolm Hilburn’s case, he needed the help of a blood-trailing dog named Lyla to recover a monster Caddo Parish buck he shot on the morning of Nov. 18.

And what a recovery it was: The rack had 18 scoreable points, and the 6 ½-year- old buck ultimately stretched the tape at Simmons Sporting Goods in Bastrop to a whopping 204 4/8 inches of bone.