Chris Hall has been on lots and lots of blue marlin trips in exotic locales all over the world — but none as wildly successful as he and his crew experienced a couple of weeks ago right in his own backyard in the Gulf of Mexico.

They were competing in the inaugural Louisiana Billfish Classic, and headed out of Cypress Cove Marina in Venice on a 120-mile trek to the Neptune rig on June 13 in pursuit of small blackfin tuna to use for live bait.

They didn’t have any luck around Neptune, but things changed early that Friday when they made a move over to the Mad Dog platform, caught more bait and started a slow drift.

“At 7:30 a.m., a line went off and we were hooked up,” Hall said. “It was a weird bite because the fish stayed down for over an hour. Finally she came to the surface — and it was a huge blue marlin in the 600-pound range.” 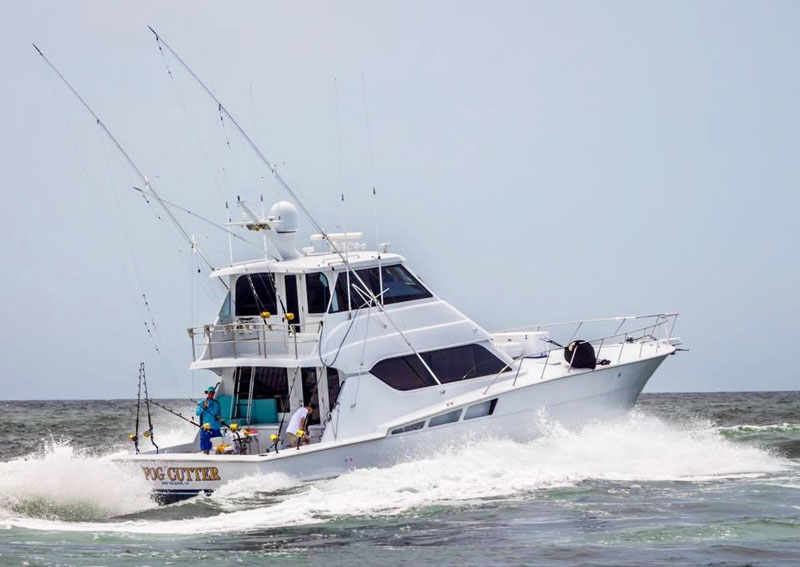 A quick move to a nearby drill ship set the stage for blue marlins No. 2 and 3, this time with Boscoe Blue Water artificial lures.

“That (second) one went crazy, and was all over the top of the water,” Hall said. Both fish were landed and released in short order, then Fog Cutter headed back to Mad Dog for more blackfin and another slow troll with live bait just before 7 p.m.

It wasn’t long before the fourth fish was hooked up, capping off a truly epic day in the Gulf.

“This was another big blue, and we were able to get her to the leader just before dark. We estimated this fish was in the 400-pound range,” Hall said. “I’ve been billfishing for 35 years in the Gulf and lots of other marlin meccas, and this was by far the best blue marlin trip in my lifetime.”

Hall, a member of the New Orleans Big Game Fishing Club, said in talking with other club members that he hasn’t yet found someone who matched the Fog Cutter’s special day.

“It’s a pretty historic, old club. I don’t know that anyone else has actually documented a four-blue marlin day in the history of the club,” he said. “I might be wrong, and the club goes back a number of years, but so far we’ve got three fish documented. So I’m trying to make the case for a Fog Cutter club record …

“And all of these catches and releases were video-documented for the Louisiana Billfish Classic, so it’s official. There’s money on the line. It’s real and it’s documented — it’s authentic.” 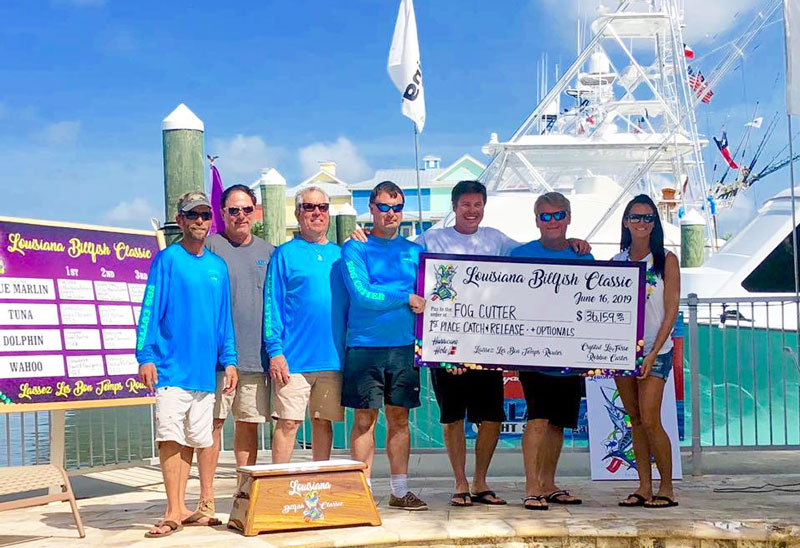 Two other boats competing in the Classic also landed four marlin, but the Fog Cutter caught all its fish first on that Friday — which wound up to be good enough for first place in the marlin division and a payday of more than $36,000.

In all, 34 participating boats caught and released 31 billfish during the Classic, which was headquartered out of Hurricane Hole Marina in Grand Isle.