A University of Miami scientist an avid angler, has studied, documented and informed the public of a grave threat to the speckled trout fishery along Louisiana’s coast: commercial fishing of menhaden.

Dr. Jerald Ault, professor and chair of the Department of Marine Ecosystems and Society at Miami’s Rosenstiel School of Marine & Atmospheric Science, held a webinar May 13 with participants from Louisiana and around the country, including charter captains from Venice and Buras. Menhaden, aka pogies, are being sucked out of the ecosystem at an alarming rate.

As a forage species and filter feeder, menhaden are essential to the ecology of the Gulf of Mexico, according to Ault. The Gulf’s myriad of fish species, marine mammals and birds of prey eat menhaden, which constantly filter water through their gills, thus serving as a vital ecological cleaning system.

What’s the value of filtering? Ault has said the menhaden population at historical levels could filter the Mississippi River’s discharge 34 times over each year.

“An average 8-inch fish can filter 1.2 million gallons a year,” he said.

The message is, speckled trout and redfish are almost automatically in an overfished condition with current menhaden exploitation. Preliminary data he showed that was generated by an ecosystem model under development by scientists at the University of Florida and NOAA Southeast Fisheries Science Center as part of a project funded by NOAA Restore Science Program shows that taking out so many menhaden results in a 50% reduction in the speckled trout biomass along Louisiana’s coast, compared to no menhaden fishing.

And, Ault pointed out, the dire situation is made even more interesting because menhaden are a public resource, so from his point of view, there must be accountability: working toward ecosystem-based management for Gulf stocks, the same approach recreational fishing and environmental groups are championing for Atlantic stocks. A traditional, single-species management approach allows a much-higher level of menhaden to be netted each year, an option favored by one of the two main players in the menhaden commercial fishing industry.

The loss of menhaden

Chris Macaluso of Baton Rouge is keenly aware of the issue, one confronting South Atlantic states as well as the Gulf. The son of Joe Macaluso, long-time outdoors editor of The Advocate newspaper of Baton Rouge, is the marine fisheries director for the Theodore Roosevelt Conservation Partnership.

Macaluso, who has been with TRCP since 2012, primarily works on coastal restoration issues. The commercial fishing for menhaden threat has his attention thanks to Ault and Benson Chiles of Atlantic Islands, N.J. Chiles, who works closely with Ault, is coordinating a coalition of organizations on behalf of the TRCP.

The TRCP and its supporting partners played a pivotal role in getting landmark legislation transferring authority for managing menhaden from Virginia’s state legislature, subject to well-funded lobbyists, to the Virginia Marine Resource Commission. The CMRC announced earlier this month it would set a lower quota for Omega Protein Inc.’s industrial harvest operation for 2020.

The legislation transferring management authority and the commission’s swift action to limit Omega’s 2020 harvest are hailed as historic wins for marine conservation, supporters say, and similar actions need to be the focus in Louisiana. 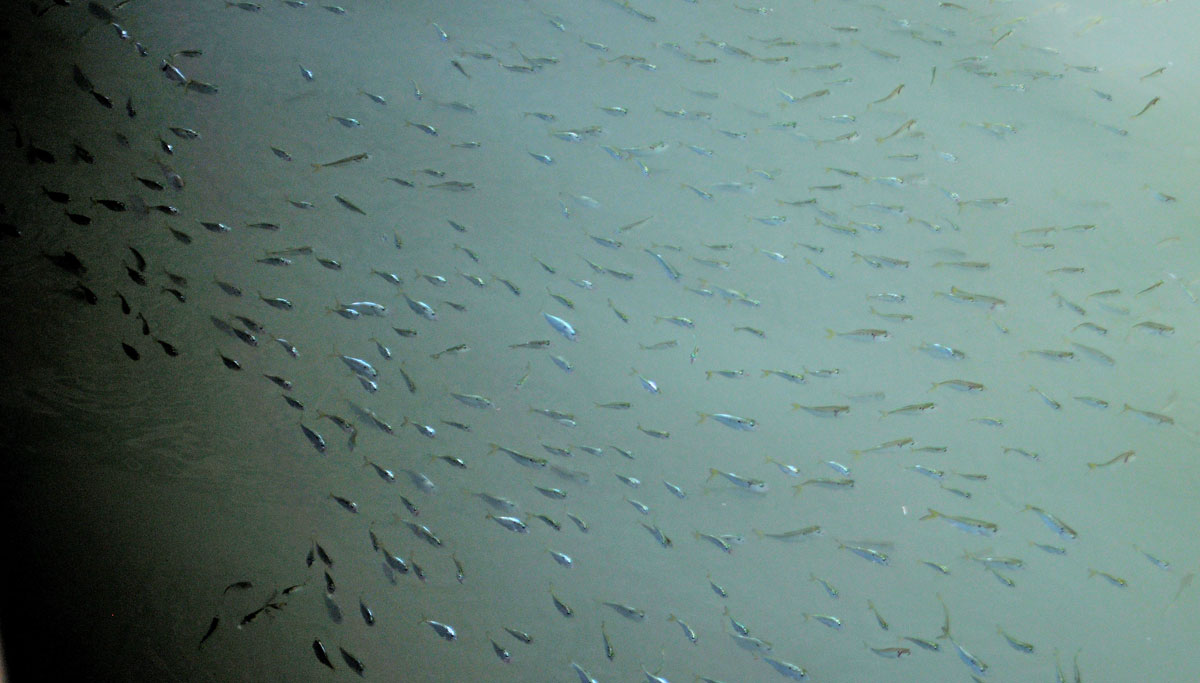 Realistically, Macaluso said, anyone with any experience on the water realizes removing such a huge amount of menhaden out of an area – barrier islands and beaches along the Gulf of Mexico – doesn’t bode well for predators that feed on them. That’s reason enough to consider the speckled trout population in trouble and should be part of the discussion among state and federal officials, many say.

“You can’t take that much food out of the water and have it not affect the animals that need that food,” Macaluso said. “I’m talking about a lot of food for predators that are being taken out of the Mississippi and Louisiana coastlines.”

“There are a lot of folks inside Louisiana and who come down here to fish who see this activity” and it doesn’t take them long to understand there are very few regulations pushed by federal managers and state fisheries, he continued.

How prolific is the by-catch? A few years ago, Ault told Sport Fishing magazine that menhaden boats legally can retain a 5% by-catch — everything other than menhaden — taken by their nets.

How much is that? Ault said 5% of 1.2 billion pounds — the amount of menhaden reported taken out of the Gulf in 2015 — is 60 million pounds per year, much of it gamefish such as speckled trout, redfish, tarpon, etc.

As Doug Olander pointed out in a story published March 2 in Sport Fishing, menhaden boats from Omega Protein Inc. and Daybrook Fisheries Inc. kill countless numbers of speckled trout, redfish, croakers and anything else entrapped in their huge seine nets.

Olander, who labeled menhaden boats as “200-foot, floating fish factories,” pointed out the commercial fishery has no limits, unlike other major commercial fisheries. Also, they aren’t accountable to anyone because any commercial fishery with three or fewer harvesters isn’t required to reveal its harvest data per the Magnuson-Stevens Fishery Conservation and Management Act.

There is an economic angle to the issue, he said, noting an American Sportfishing Association study estimated the value of the Gulf of Mexico recreational fishing industry at approximately $44 billion a year. Omega’s menhaden industry is worth $325 million per year.