When Mike Viguerie of New Iberia posted pictures of a redfish that his cousin caught on a popular Louisiana fishing page, he knew they would attract some attention; the fish had certainly captured his attention.

He couldn’t stop thinking about the strange fish and the mystery of how it came to be the way it was.

Donald Gilbert, Viguerie’s cousin, caught the bull red in Vermilion Bay near the mouth of Boston Canal on Aug. 21. He’d hooked the fish on the bottom on a Carolina rig and dead shrimp.

It was a good-sized bull red, but that’s not what made it special. What made it one-of-a-kind was the garrote that dangled from its ‘throat.’ 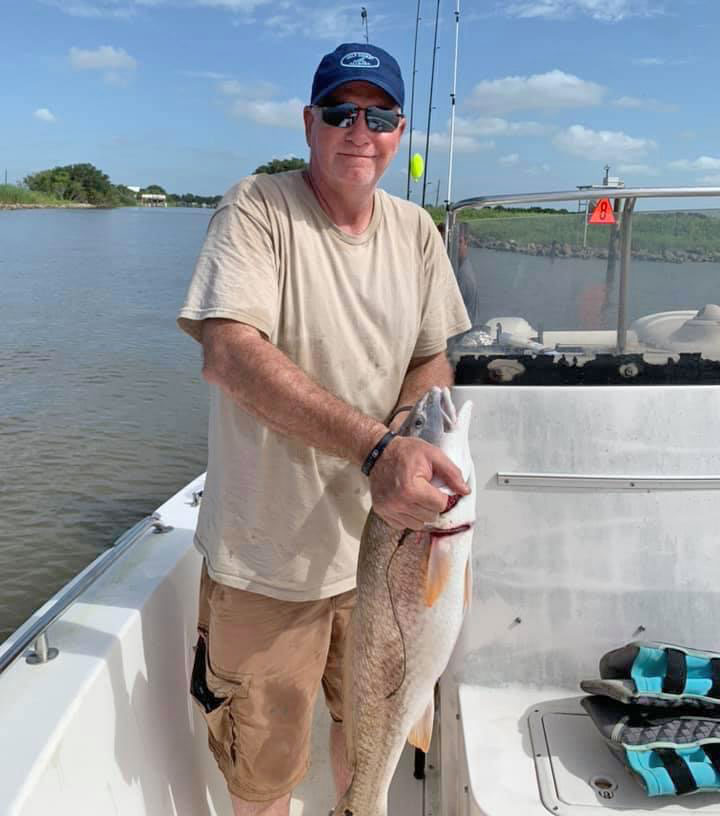 In the images Viguerie posted on social media, cordage springs from the fish’s flesh in two places, rope-like appendages tied together at its side in a neat knot. A long tag dangles from the knot where the line has been broken or cut. The rope is brown and green with age, and a deep scar runs vertically from one outlet of the rope to the other behind the gill plate; the scarring is blood red where the rope has scored into the fish’s flesh.

Gilbert fought the fish for 10 minutes on heavy tackle, so when he hauled it into the boat, neither man suspected that the fish was anything more than a nice bull red on an otherwise slow day.

“I didn’t notice the rope because it was turned away from us while we were removing the hook,” Viguerie said.

But when they flipped the fish, they needed a moment to process what they saw.

“I realized that someone had roped and tied it, and that it had got away somehow,” Viguerie said. “After I realized what I was looking at, I took the pictures.

“The fish had been tied for a long time, because the skin had grown over the rope,” Viguerie said. “I think that somebody wanted to use it in a rodeo; it was a huge fish, but when it was tied — maybe a year or two ago — it was probably under 27 inches and could have been used for a limit.”

The men decided to keep the fish.

“But later on, I started feeling bad about it,” Viguerie said. “I wish I would have cut the rope as close to the skin as possible and let it go; but we hadn’t caught many redfish that day, and my cousin wanted to keep some.”

Viguerie kept the head of the fish in his freezer for a couple of days but eventually threw it away.

“My wife got fussy about it,” Viguerie said, laughing. “I thought somebody might want to look at it, but eventually she won out.”

Viguerie still wonders about how the fish was tied.

“Typically, you run a rope through the mouth and out of a gill and tie it, but this fish couldn’t have been tied that way,” Viguerie said. “The rope didn’t come out of the mouth; the rope came up and out at the top of the gill-plate, and the other end came out between the fins at the bottom, through the skin.

“So, maybe (he) put the rope through both gills, and as the fish grew, (it) grew around the rope until (it appeared to be) coming out of the skin.” Viguerie said. “Somebody tied it that way so the rope wouldn’t leave any marks on the mouth; they were probably (cheating) in a redfish rodeo.” 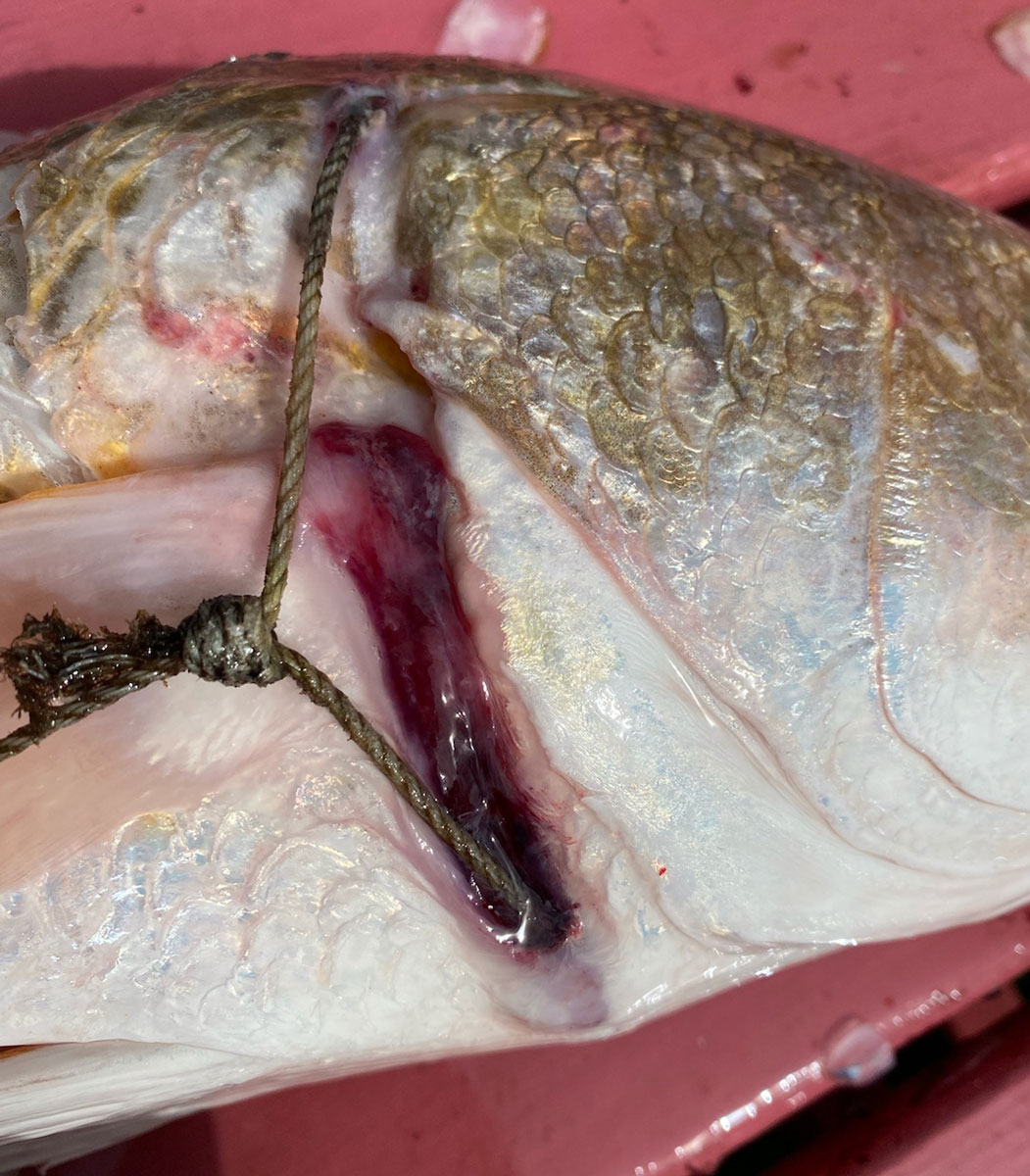 The pictures Viguerie posted on social media received an immediate reaction from local fishermen, many of whom posited their own theories about how the garroted fish got that way.

Jake JG wrote: “In the fall, when there’s a NE wind, 7 to 11 mph, I lasso redfish in the marsh. Conditions gotta be right though. Rope only snapped on me a couple times. Must be one of those. Nice recovery.”

Mark Blanchard asked: “Could it have been part of a gill net someone set out illegally?”

Douglas Greig wrote: “’Looks like decoy string. We (accidentally) caught a redfish in a decoy where we made a loop to shorten the string.”

Brian Laughlin offered: “It was possibly too small at the time it was caught, so someone tied it up, and when the warden showed up, they cut the line.”

It will remain a mystery

“Whatever happened to the fish, it got away, and then I killed it,” Viguerie said. “And after it lived through all that…. I’m kind of upset about it now.

“I wish I would have cut the rope, and let it go,” Viguerie said. “Everybody who (has) commented about it has a theory, but I think someone tried to cheat in a rodeo; I think that’s what really happened.”

Some mysteries are not meant to be solved, and that’s okay.

But still…. What happened to the garroted redfish?