Over the course of my fishing career, I’ve seen purse seines deplete redfish stocks, thanks to Chef Paul Prudhomme and his incredible ability to make a burnt piece of fish taste better than filet mignon.

I’ve seen coastal subsidence swallow up some of my favorite fishing areas.

But I’m not sure I’ve ever seen a decline in a fishery population like I’m witnessing with Louisiana redfish right now.

I started noticing it two years ago, when I went two months, fishing hard twice a week, without catching a single redfish. This was during the winter, when redfish are normally a slam-dunk.

I asked other anglers if they were encountering the same thing, and the responses I got were mixed. Some echoed my concerns, while others stated they hadn’t seen much change.

I assumed it was simply related to the areas I fished, or maybe I was just in a slump. After all, just like in any sport, slumps happen in fishing.

Fast forward a year, however, and nearly every angler I know across the entire Louisiana coast was singing the same verses, bridge and chorus of the blues I’d been bellowing for months.

The redfish had all but evaporated, and no one was exactly sure why.

But actually, in hindsight, those days even just one year ago were like a Thanksgiving feast compared to the crumbs on the floor we’re all trying to scrape up today.

For many anglers, catching a redfish has literally become rarer than reeling in a flounder.

In Louisiana. The Bayou State. That’s not supposed to happen here.

I talk to many anglers every week, and all are saying the same thing. The reds are gone.

One guy I know runs a lodge with multiple guides operating out of his facility. These guys target reds almost exclusively, and are quite skilled at it.

On one day last week, with good conditions, three of them returned without catching a single redfish. That would have been incomprehensible just five years ago.

Certainly the challenges facing our state’s redfish population are myriad — everything from ghastly habitat loss to unchecked harvest of forage fish.

Both those factors will take time to address, but there’s something we can do now to help our stocks begin to recover: The Louisiana Wildlife and Fisheries Commission needs to lower the recreational harvest limit.

Five fish per angler was fine when we had copious amounts of edge habitat that was like a perfect laboratory for growing one of our favorite fish. But those days are gone. 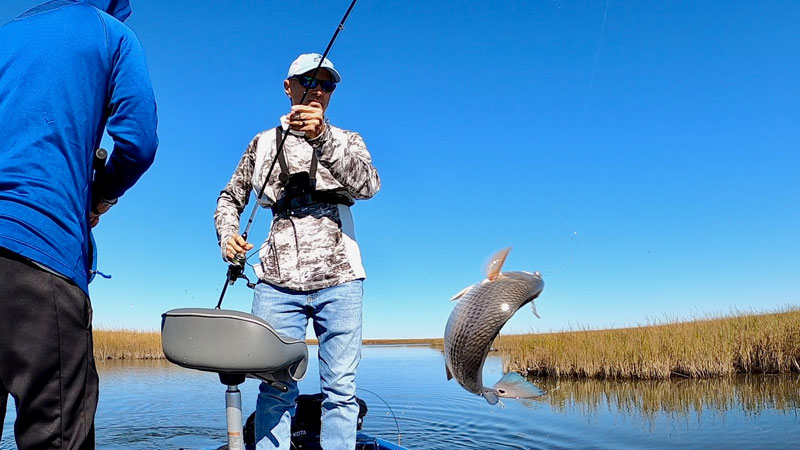 Unfortunately, the Louisiana Department of Wildlife and Fisheries is often slow to react to obvious changes in fisheries. On the one hand, that can be good. You certainly don’t want major regulation changes due to temporary blips in populations.

But the department waited years to address the decade-long decline in flounder stocks, even when every angler knew the population was in the toilet.

The commission finally approved a moratorium for this fall, but ironically, the stock has already begun to recover on its own. Anglers are reporting the best flounder fishing this year they’ve seen in at least the last 10.

We can’t afford to wait

We can’t afford to wait on redfish. Speckled trout can almost be thought of as an annual crop. Every spring and summer, a significant number of 1-year-old specks enter the fishery, becoming legal to harvest. Very few specks live to see even their fifth birthday.

But redfish are not that way. They’re slower-growing and they live longer. Thus, recoveries from overfishing take more time.

And unfortunately, right now, time is something we can’t waste.

Veteran Louisiana angler and writer Humberto Fontova has taken his case about the benefits of offshore oil rigs to the nation. […]