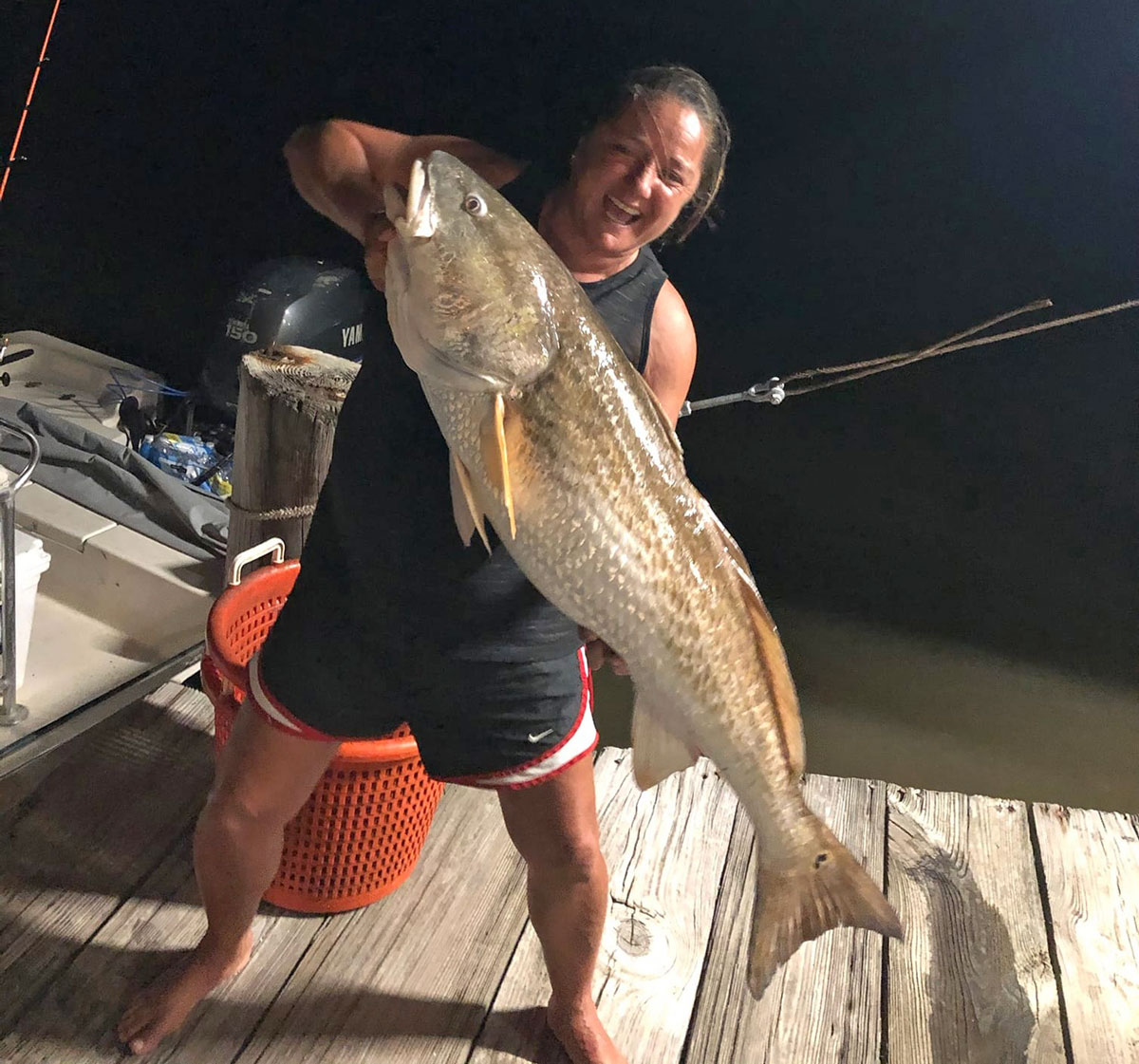 Janie Voisin, a 51-year-old phys ed teacher from Dulac, cast her line into Bayou Colyell on June 11 and watched her bait disappear into the murk. It was 8 o’clock and getting dark; the tide moved away from her like the water was afraid of what the night might bring.

Twilight had come to the bayou, but the mood on the dock was bright. She chatted with her brother, Terry Voisin at their family’s camp, a place haunted by friendly ghosts where fond memories of perfect moments spent with loved ones inhabit space and bend time.

It was the first week of summer break, and, as anyone with experience in education will tell you, the world never feels so electric with potential as it does during those first, long summer days. All year, educators mark their calendars with the children like leaders of a religious order; they can’t help but get caught up in the enthusiasm.

At their camp on Bayou Colyell, the Voisin siblings had already caught one big bull drum that evening, but they were shrimping — they wound up catching 700 pounds — and had time to kill, so Janie Voisin — who teaches at Ellender Memorial High School and is athletic director at Grand Callou Middle School in Houma — had put a fresh crab they’d caught on her hook and tossed it out, leaving it on the bottom, attached to her Pro Cat/Penn rod-and-reel combination spooled with 50-pound line and held down by a big, ball weight.

It is the nature of redfish to attack a bait in a manner expressive of its mood, and the redfish is a very moody fish. So when this particular redfish hit the crab, it was immediately apparent to Janie Voisin that her adversary had channeled the spirit of a pro wrestler, ‘roided and enraged, like he had the last chicken breast from the buffet in his muscled jaws. And the fight was on.

“It was about a 10-minute fight,” she said. “I had to be careful reeling it in, because it pulled me around the boat and around the motor that was tied to the dock.”

But she had to keep the pressure on.

“We have to make sure we don’t give them so much slack that they can go under the camp and pop the line on the pilings,” she said. “The fish had my forearms burning for sure.

“It was a good fight. The redfish was over 30 pounds and almost as long as me.”

After posing for a picture with the big bull, she released the fish.

“I love living in Louisiana and fishing,” she said. “I was born and raised in Dulac, and we have had a camp on the water my entire life; I just love it!”

And for Janie Voisin, summer had just begun.