Chris Bell of New Orleans and Taylor Valois of Slidell both love fishing for speckled trout and redfish. They both love promoting fishing on Instagram and sharing what they learn about the sport.

They also share something else. Both have the same No. 1 tip for catching early summer speckled trout and redfish: 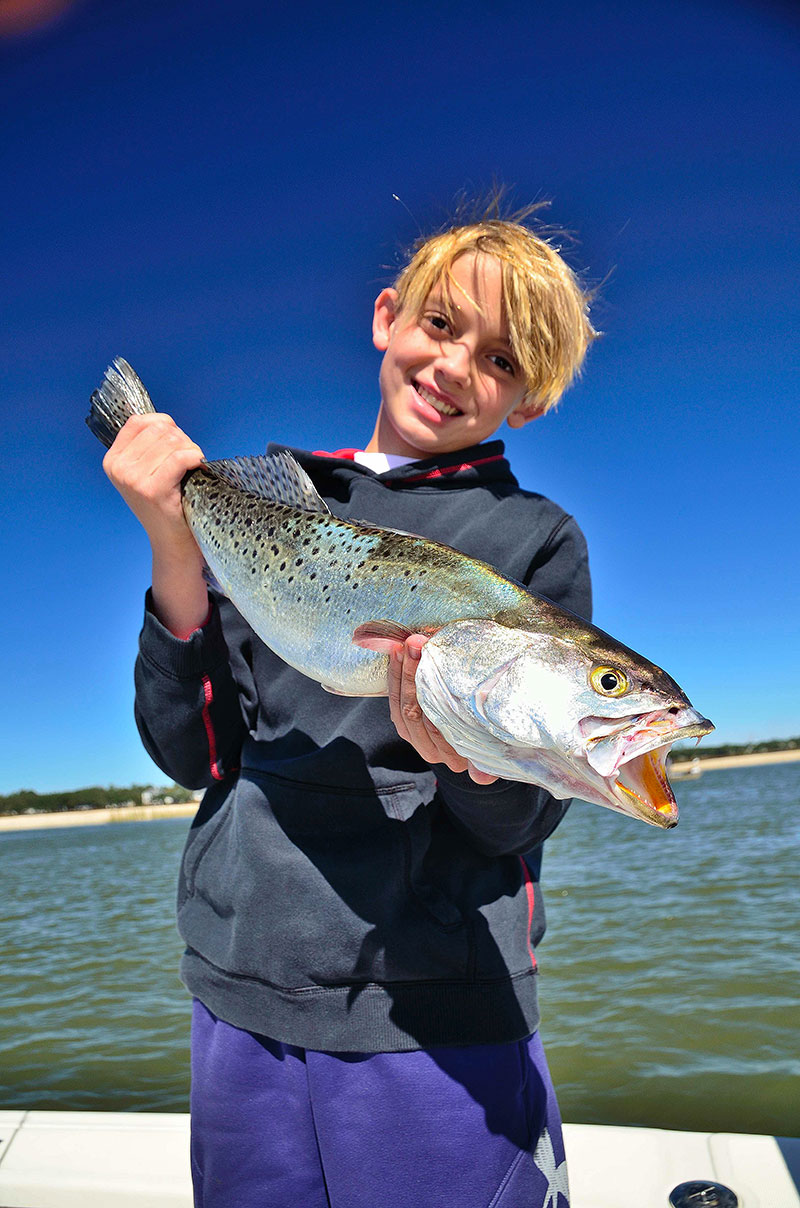 Find clean, moving water, if you can.

That’s where the fish like to be, and this time of year, you often find speckled trout and redfish in the same areas when you mix that good water with an abundance of bait. It’s a double-whammy bonus for anglers.

“You want water that is moving, that has some current in it,” Bell said, “but you don’t want it so fast that the fish have a hard time holding in it or that you can’t keep your bait in front of the fish. I love a falling tide for catching specks and reds.”

Now, what exactly is “clean” water in areas like Lake Pontchartrain, Hopedale, Venice and Shell Beach?

“That’s a good question, and anglers may differ a bit on it, but I think of clean water as water where you can look in the water and have five to 10 inches of visibility,” Bell said. “In the marsh, the water will have a greenish tint, but as you move further out toward the islands, it will have a more bluish tint. But the key is, you can see a bit below the surface. When you are in your boat, you should be able to see your trolling motor head. If you can’t see the trolling motor head, it may not be the best place to fish.”

Of course, there are always variables, but that’s a good place to start. Sometimes the wind is bad and none of the water is clean, so you just have to make do. Both anglers also agree that one solution is to fish darker colors and concentrate on the right spots to be in.

A way of life and renewal

Fishing has always been a way of life for Bell, who grew up fishing with his father. When he lost him a few years ago and went through some tough times, he renewed his dedication to fishing as a life choice over letting things get him down. He is developing a website to share fishing tips and adventures called “Catch Fish, Knot Feelings”.

“I’ve fished a lot in my life, and those times with my dad were so special,” he said. “I still get emotional about it, but one way to deal with that is to hit the water. I used to think I knew what I was doing, but I’ve really kept learning with the help of some friends like Christopher Bush and Matt Waller. Friends are important in fishing, and sometimes people forget that.”

One thing Bell has learned is that this time of year, trout start moving out further, and they aren’t always as close in the marsh. He’s also learned that it is good to stay away from the crowds as much as possible.

“Some of the best catches we’ve ever made were made in areas where we didn’t see anybody else. The fish had time to gather up, get comfortable and not be spooked by a bunch of other fishermen,” he said. “If you can find a spot like that, it’s great.”

Bell targets redfish more in the marshy areas in June. He will run out to Venice and go several miles out into the Gulf to fish the Breton Island area. He’s looking for that clean, moving water. If the water is stained and he thinks fish are there, sometimes he’ll just move out a little further from the shore to fish.

“Venice is good anytime, really,” he said. “There are big trophy fish out there — and numbers. I like fishing under a cork for specks, but I’ve also caught bigger trout using a quarter ounce jighead. My favorite tail is a 4-inch, Bass Assassin in opening night (color). It’s got insane action. Every spot is different. As a rule of thumb, I just love using a popping cork in the Hopedale area with about a 2-foot leader; I fish it about 2 feet deep.”

Bell’s favorite retrieve is to work it with some type of rhythm. He tries different cadences until he finds one the fish want. If they bite is good, it doesn’t take long to pattern how they’re hitting — whether they’re hitting it on the pause or the fall. If they hit it on the “pop,” that tells him they are not deep, because the bait is rising.

There’s another thing that he keys on: bait in the water.

“I generally target redfish and trout in the same areas, just often a little bit different on the structure,”he said. “I look for grass beds and baitfish flipping on the water. When I see a lot of birds working areas around me, I know there is a reason they are there, so I try to watch them. Birds can be a fisherman’s best friend.”

Bell has developed a unique approach for seeing what is going on in the area around him without having to crank his outboard. He often takes a drone with him — a Unique Q500 4K — and he won’t hesitate to put it in the air to check things out.

“If I see a bunch of birds diving or even hanging out in another pond close to me across the marsh, it doesn’t hurt to put the drone up and check things out,” he said. “I can put the drone up and check out a lot of water. It’s like a depth finder in the air. You can see the grass. You can see where the birds are feeding. When the water is right, you can even see big redfish in the shallows. It works best when it’s calm, but it can handle the wind. It does make my heart flutter sometimes when I’m landing that thing on the deck of the boat, but it is definitely a great tool for covering water.”

Valois likes to fish around Lake Pontchartrain and the Shell Beach area, and he finds the areas outside the Biloxi Marsh productive in June. Trout are moving out of Pontchartrain as they look for water with a higher salinity level, but there are still some specks left in the lake.

“The key for me is to not only find the good water, but to figure out what bait is most common for the fish in that area,” he said. “I have a bass-fishing background, and you know bass fishermen have a thousand lures. I don’t have that many for saltwater, but I have a lot, so I can match the hatch. I think a lot of fishermen know that, but they get on the water and forget. Typically, you will catch more fish if you can match what they are feeding on naturally that day.”

Some of his favorite lures are the Cajun Mad Minna, MirrOlure Heavy Dine and Sixth Sense Whale swimbait. Shad colors and those with silver and green tint are his favorite colors.

A common approach for looking to catch redfish and specks in the same place is simple for Valois.

“Here’s the key difference that separates the two fish this time of year,” Valois said. “You can catch them on the same baits in the same places, but with the redfish, they will always hold closer to the bank. They roam the bank, staying close to the grass and moving up into the pockets. They’ll feed on baitfish moving out of the grass. Specks, on the other hand, will find points and current out in a little deeper water. Specks can’t tolerate hot water. Redfish can stay up in a foot of water to feed even up into the summer.

“A typical scenario for catching them both would be working down a shoreline fishing for reds, then coming to a point with water coming around it. What I would do there is move off the shoreline and cast out to where the tide line is on the edge of deeper water to catch the trout. You can repeat that over and over again if you are in an area with good water and good bait.”