As wonderful as blue crabs are to eat, there is no doubt that, for the average person, blue crab meat is tough to get out of the animal’s shell.

A friend of mine with strong North Louisiana roots who was sitting behind a mound of the delectable animals said it best.

“I sure do love them things, but I can’t hardly get the hide off of ’em,” he lamented.

The use of a crab knife makes the job infinitely easier. These one-piece, solid-metal knives made by companies such as Carvel Hall, Dexter Russell and Cassons can be purchased from marine hardware and commercial fishing tackle supply stores in Louisiana or ordered from the Internet.

With your knife, follow these steps to culinary heaven:

1.) Remove the claws from the crab and set them aside. 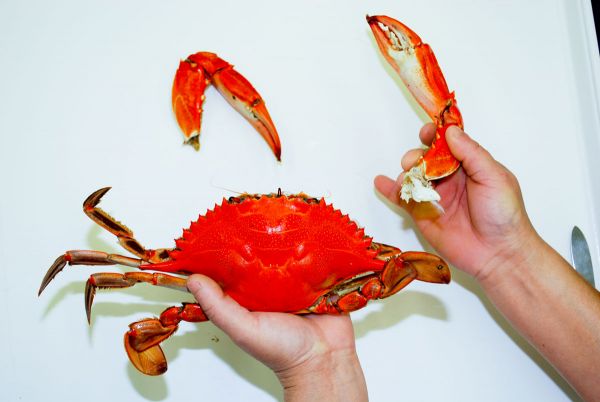 2.) Remove the crab’s back shell and discard it. 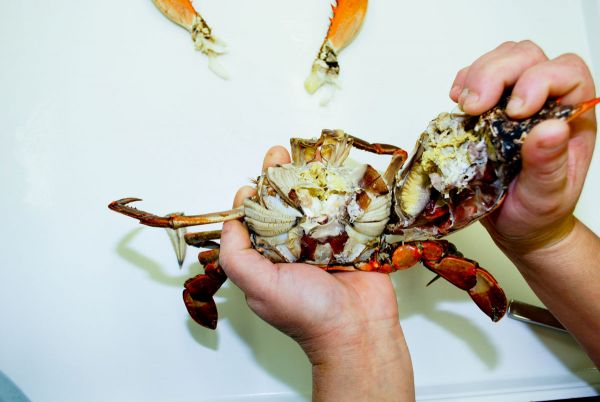 3.) Remove the gills from each side of the crab and discard them. 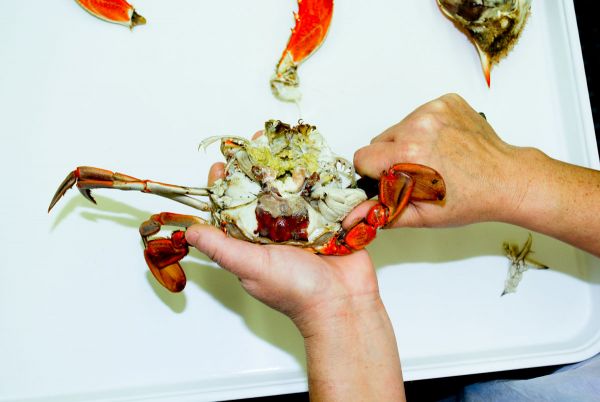 4.) Use the blade of the knife to scrape or remove the viscera from the center of the core. 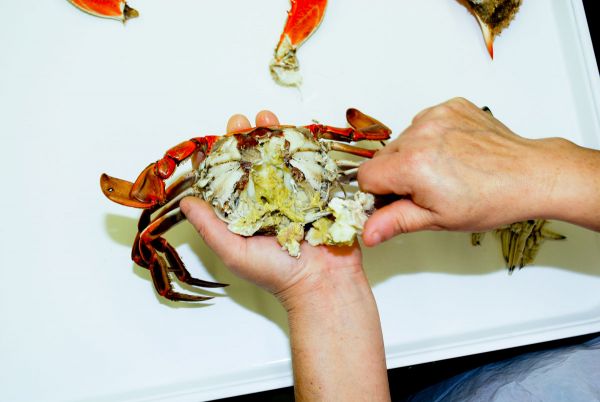 5.) From each side, cut off the walking and swimmer legs and discard them. 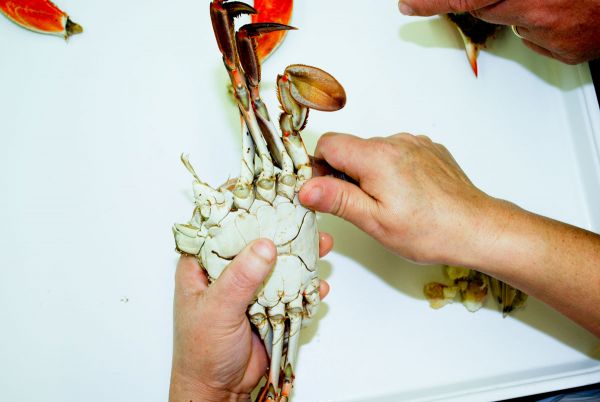 6.) Remove the mouthparts and discard them. 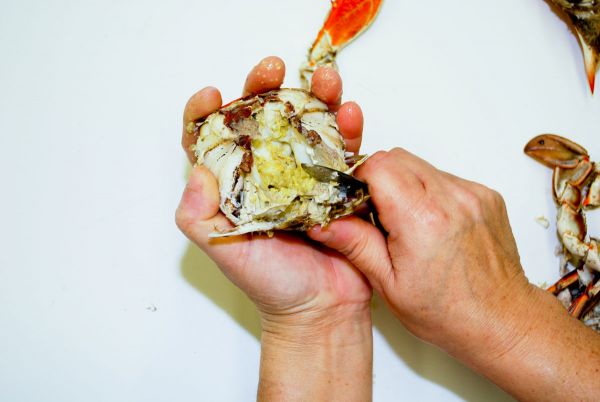 7.) While grasping the core firmly, make a horizontal cut across half of the body. It is important to make this cut deeply enough to expose the meat-bearing chambers of the crab. 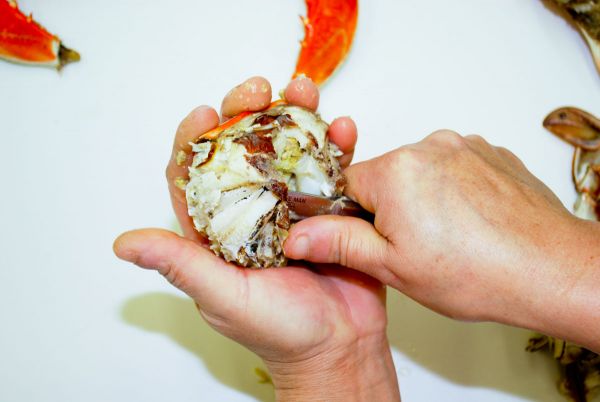 8.) Remove the severed top and set it aside for later picking. Repeat this cut on the other side of the crab. 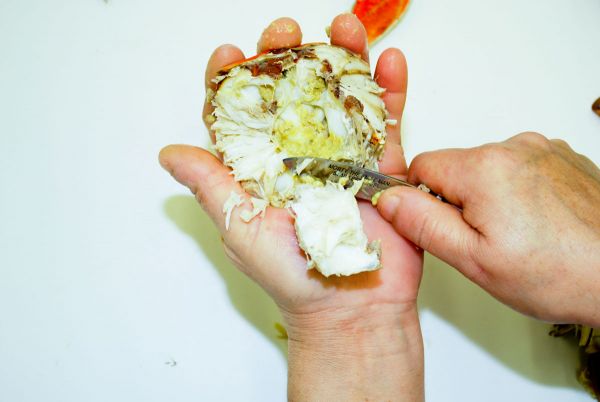 9.) Use the blade of the knife to gently pry loose the large piece of meat from each side of the rear of the core. These pieces are jumbo lumps. 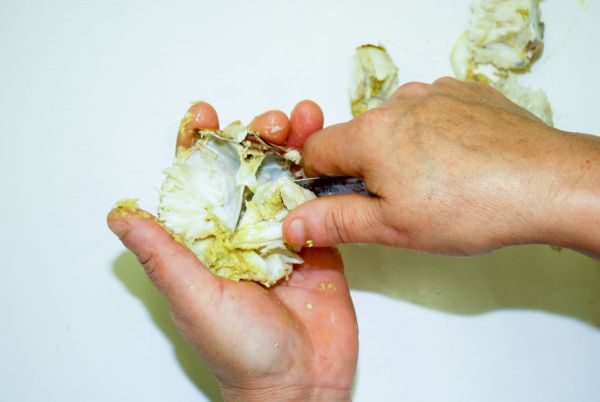 10.) Use the blade of the knife and a thumb to grasp and remove the meat from the other chambers of the core. These pieces are lump meat. 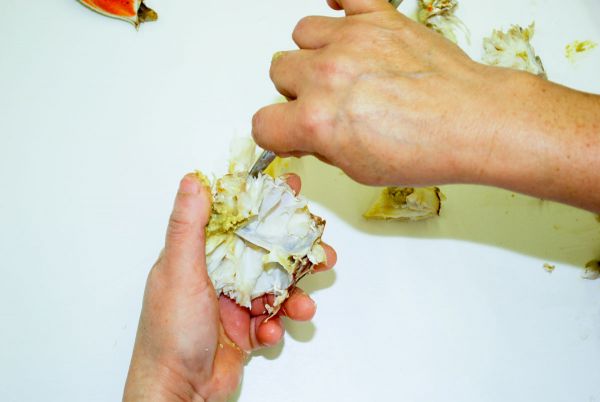 11.) The completely picked core should look like this, with four empty chambers on each side. 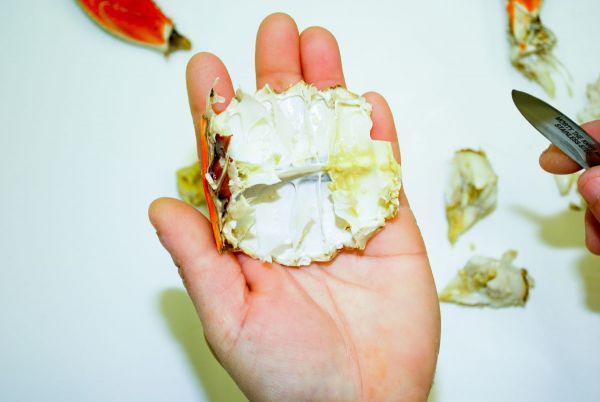 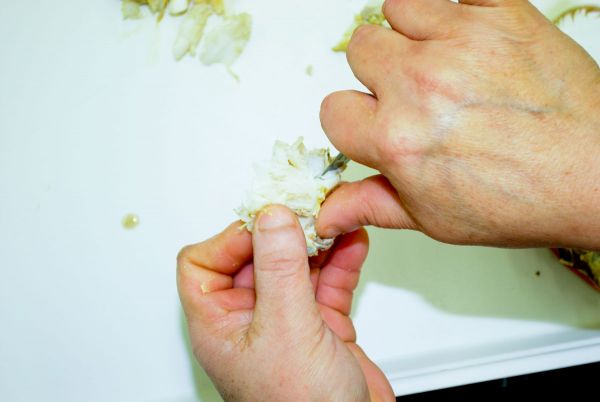 13.) Use the heavy handle of the knife blade to crack the shell of the claw immediately behind the pincer joint. 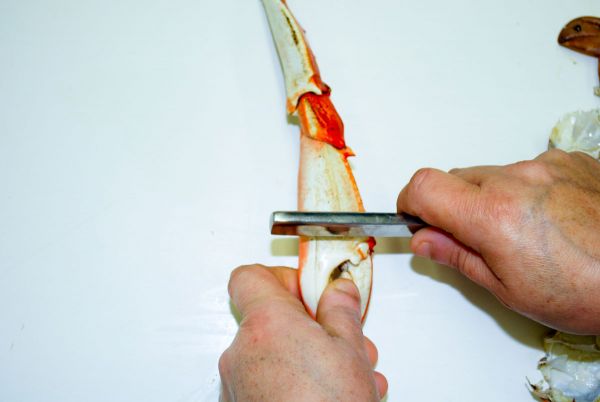 14.) When the shell cracks, free the claw meat by pulling the two halves of the pincer apart. 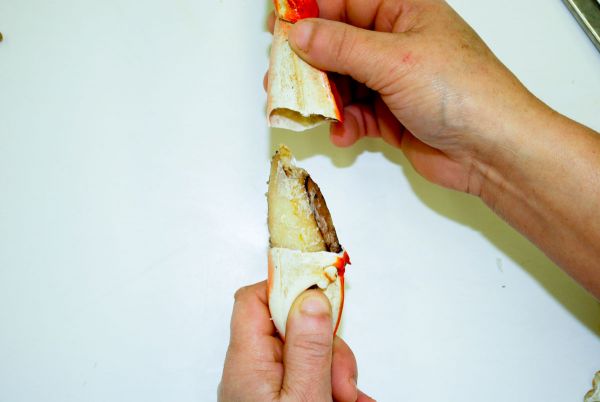 15.) Carefully break off the non-movable portion of the claw. This produces a claw finger or cocktail claw. 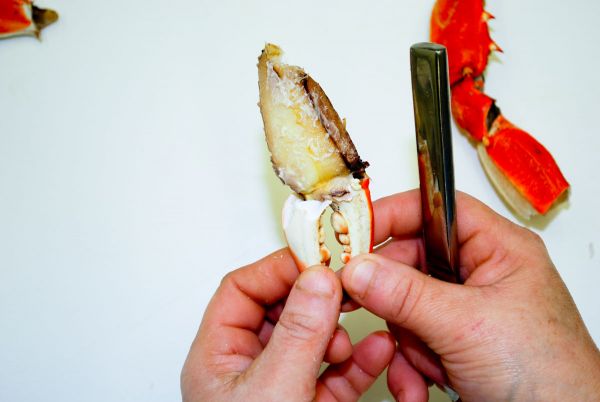 16.) Use the heavy handle of the knife to crack the shell of the arm just below the joint. 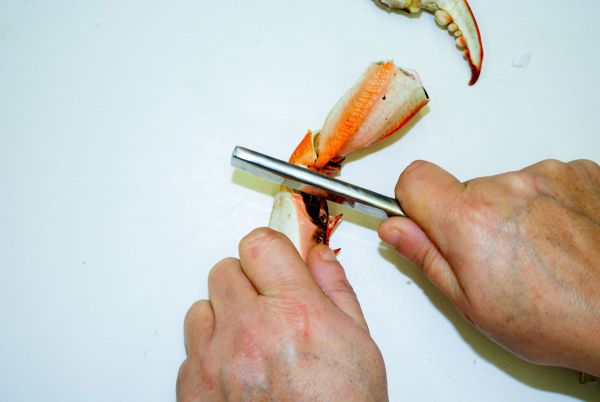 17.) The blade of the knife may be used to extract the meat from the arm. This is claw meat. 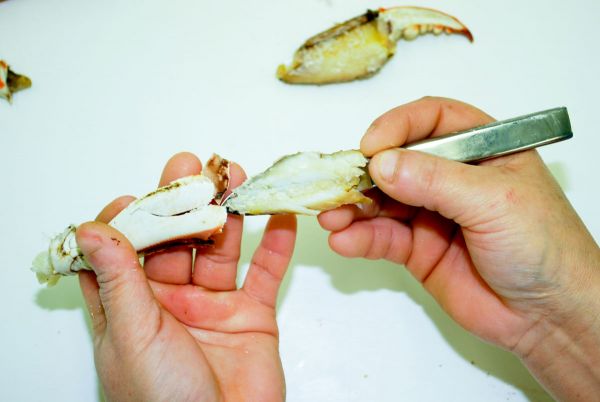 The Louisiana Department of Wildlife and Fisheries is offering more explanation regarding the new license requirement for roadside crabbing. […]