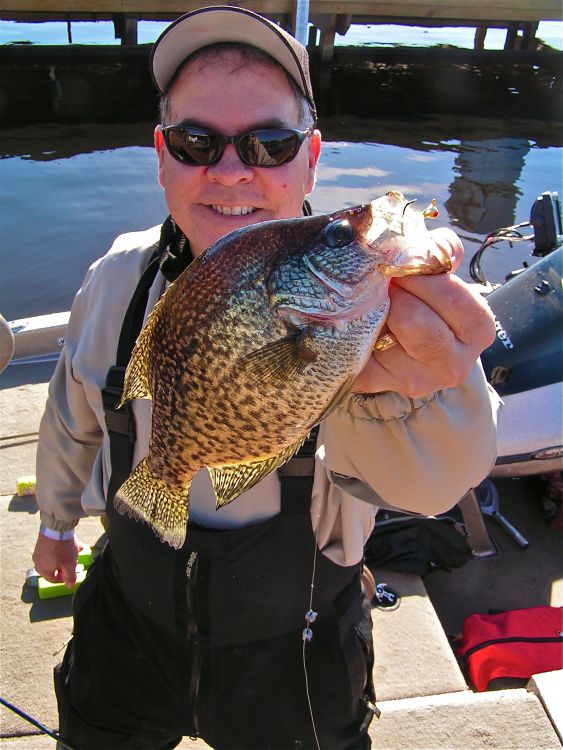 Jackson Parish’s ‘other fish’ are gaining more attention, as Caney Lake grass beds return and foster hordes of big black crappie. And this angler tells you how to catch your share.

From his fancy Ranger fishing rig to a nice collection of fishing gear, Jeff Glover was all decked out and ready to go for largemouth bass.

That’s what you’d expect from an angler who has a camp on Caney Lake, which is widely recognized for its lunker bass — including the long-standing state record.

But Glover’s bass fishing has often been hampered by a distraction on the lake.

And this 5,000-acre lake is producing more and more slabs, although they don’t get the attention bass do.

‘I’ve always been a bass fisherman first, but these crappie sure do get your attention,” the West Monroe resident said. “I’ve been blessed to have a group of good, Godly men take time to teach me how to catch these crappie, and what I’ve found is that this is a great crappie-fishing lake.”

And his favorite time to go after crappie is right now.

“The end of January and through the month of February, that’s the best time to fish for crappie here,” Glover said. “I love fishing in the colder months because I prefer fishing deep structure. Caney has plenty of that; there are deep points, old humps and several creek channels.

“But if you want numbers, you have to fish the old main channel. Water there is 25 to 35 feet deep, with some water out in front of the spillway at 40 feet deep.”

Normally, fish suspend from 18 to 25 feet deep, but sometimes they almost hug the bottom of the lake.

“On a good day down here in front of the spillway in late January or February, you can almost walk from boat to boat to boat there are so many people in some areas.”

He said the action just naturally centers around the channel.

“That river channel is like the interstate highway for the crappie in Caney,” Glover said. “That’s where they travel in the cold weather months.

“You can catch some on the secondary creeks and other deep spots, but the big numbers come from the main channel and spillway areas.”

The angler said a lot of the world’s problems — from coaching changes to politics to stock market issues — get solved during those days, as fishermen gather up and wait on the crappie bite to turn on.

And, while bass fishermen are usually more secretive and less talkative while fishing, crappie fishermen will talk about anything.

“Except exactly what they are catching them on,” Glover said.

And he never puts a bait in the water without tipping it with a Crappie Nibble, usually in chartreuse color.

“You can’t go wrong with those, especially on a sunny day in the winter,” Glover said. “And if those aren’t working, the black-and-chartreuse usually will.”

Minnows are also a good bait on Caney, but Glover stays away from them unless he has to use them.

“I don’t like sticking my hands in and out of that minnow bucket when it’s that cold,” he said.

When his electronics show fish are moving closer to the bottom or the jig bite is off a bit, however, he will use minnows.

His favorite way to do that is by setting up a drop-shot rig, with the shiner hook about 2 feet from the weight. He lowers it to the bottom, which means that bait is swimming just above the fish.

That works best in open water, but if crappie get in the middle of the brush, he’ll still go with that rig — but he keeps some harder Crappie Nibbles on hand and puts one right on the point of the hook.

That makes the rig less likely to get hung up, and he can still get the point of the hook into the fish.

Spider-rigging is popular on Caney and works well, but Jeff likes to just use a couple of jig poles and feel the “thump” when he gets a bite.

That’s also the only way you can catch fish consistently when they are tight around or in structure. Besides the creek channel itself, crappie also will relate to brush tops and humps.

That’s why having good electronics and knowing how to use them is critical.

Caney isn’t a cinch to supply you with a great catch of crappie every day, though. The lake is totally open, and wind can blow you off the fish. Also, sometimes crappie get a lot of pressure, which can slow down the bite.

And, Caney crappie don’t respond well to big cold fronts blowing through, either. Sometimes it seems to bunch up the fish even more than usual, but it also can turn the bite off for a day or two.

And then there’s water clarity. 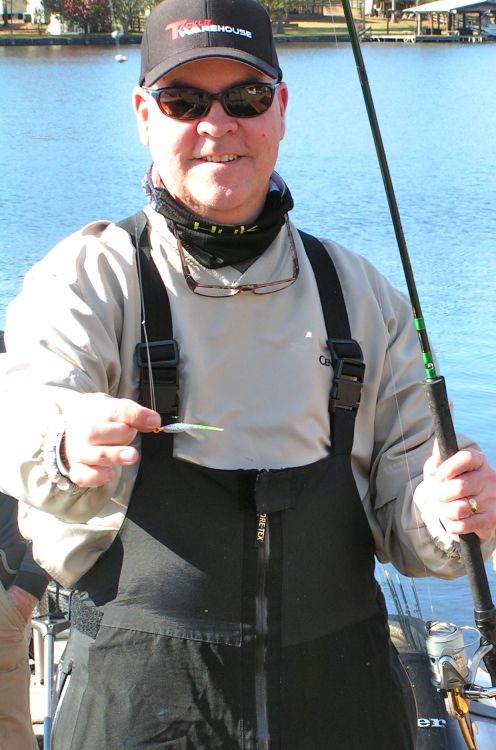 If you haven’t fished Caney, you need to know this right up front: Caney is probably the clearest lake in Louisiana.

Glover said he couldn’t believe it when he first saw the water clarity.

That means using light line and staying right on top of the fish — and sticking with clearer-water colors, for the most part.

And if the weather turns unseasonably warm earlier than usual this time of year, Caney’s crappie will start to head out of the old channel and up into the creeks.

When the temperatures get right to begin moving fish for the spawn, crappie relate to grass beds in 8 to 10 feet of water.

Those grass beds are also a reason Caney’s crappie are on the comeback: Electronics won’t help you find them here.

So you’ll just have to get in there and locate them with your favorite lure.

“Years ago, they put carp in here, and they ate all the grass,” Glover said. “Property owners were worried about grass taking over the lake, but when it was gone, it really messed up the fishing.

“But it’s coming back now. The grass beds have not only given us another way to catch good fish, but they have allowed much better spawns and crappie numbers are way up on the lake — including the big ones.”

That was proved when at least one 3-pounder was caught last spring. Jeff suspects more slabs to ring in the New Year.

If conditions continue to improve, it could signal a return to those early days of the lake when crappie were more than just Jackson Parish’s “other fish.”

And it might also mean fishermen like Glover keep that crappie gear in the boat just a little more often.

Marker buoys: You’re going to need a couple of those to take full advantage of Caney Lake’s deepwater crappie.

“I find it very useful to have a couple of marker buoys to throw out when you find a really good group of crappie,” Jeff Glover said. “I’ll try to locate fish on my fish finder, mark them with a way point and then fish them.

“If I catch a couple, I’ll throw out a marker buoy so it’s easier to get right back on the fish.” 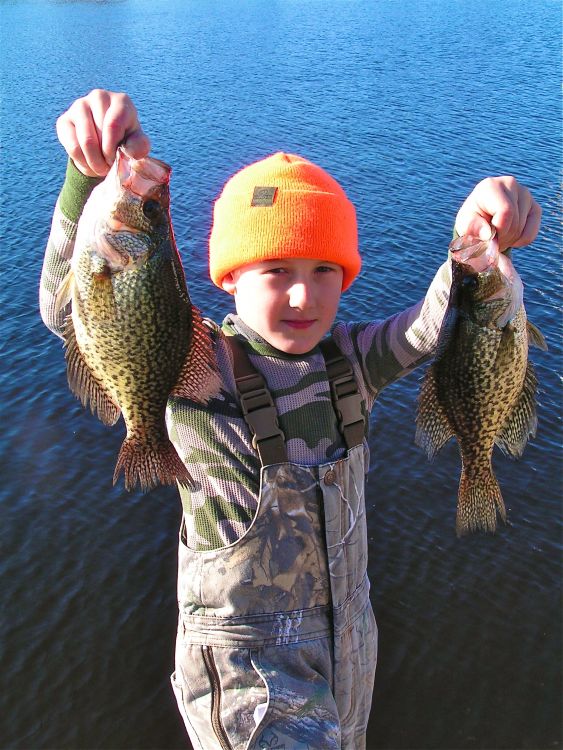 He ties a 6- to 8-foot leader of that line to heavier braid line on his reels.

“Crappie fishermen are a lot more scientific in their approach and a lot more complex with their equipment than they used to be,” Glover said. “It’s like a biology experiment out there.”

Getting the word out about Caney Lake’s crappie fishing

Benson Bagwell doesn’t have much time for crappie fishing. But he is right in the middle of the action.

As the owner of Hooks Marina at the Caney Lake spillway, Bagwell checks in with crappie fishermen this time of year on a daily basis.

“I do know that crappie fishing is making a comeback on this lake, and we are trying to get the word out about that,” Bagwell said.

He isn’t alone. As a new member of Lake Commission who oversees the lake, he is excited to see the commission and the community work to make the lake even better.

Current plans include raising money to build an ADA-approved handicap ramp on the east side of the lake.

Lake leaders are also working with the Louisiana Department of Wildlife and Fisheries to implement an improved fish structure program beginning this spring.

“For years, Caney was a trophy lake for bass and crappie,” Bagwell said. “It’s our goal to bring that back.” 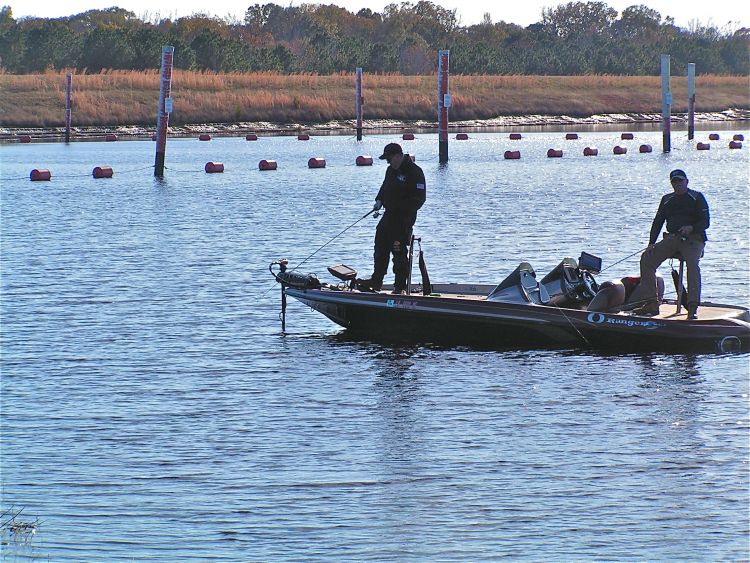 The Jimmie Davis State Park is located on a large peninsula midway on the lake’s east side. It has two boat launches, a fishing pier, 80 picnic sites with tables and charcoal grills, pavilions, a camping site, and cabins and lodges.

Hooks Marina is located at the spillway on the east side, and it features a large ramp and concrete parking area. 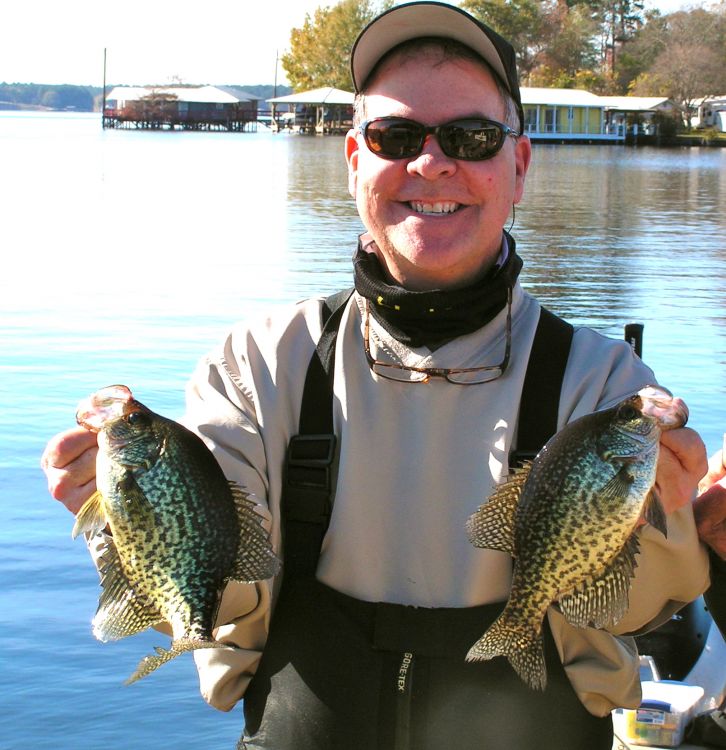 Brown’s Landing, which was destroyed by fire last year, has reopened on the lake’s north end.

Both Brown’s and Hooks are full-service marinas.

The average depth of the lake is 16 feet.

In fact, back in the good old days, the reservoir laid claim to the state-record black crappie, which tipped the scales at 3.55 pounds.

That huge fish was caught by Chet Tidwel in February 2003.

During that time, five of the Top 10 black crappie in the state came from Caney.