Gerald Spohrer’s No. 1 destination to catch bass in December is the Venice area, and one of the two artificial lures he’ll have in his hand most of the time is one of his signature jigs, a Beast Coast G-Spo Battle Flip with a double-wide weedguard.

Spohrer, a bass pro from Gonzales, is in his element around Venice, and he pulls plenty of bass, good-sized bass, from the roseau cane that lines the waterways and foils so many other bass anglers and artificial lures.

“It’s the only jig you can flip in the roseau cane and not get hung up. It’s the only jig I’ll flip down in Venice,” Spohrer said. “The weedguard is a really wide weedguard, close to the hook point and totally designed not to hang.” 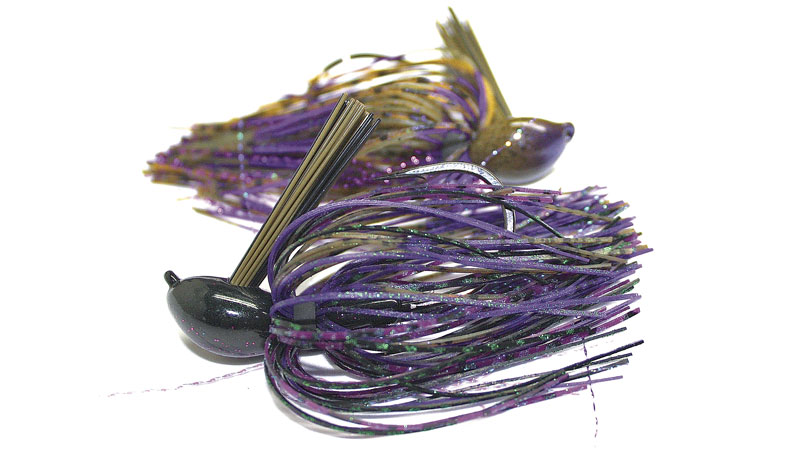 Spohrer, 37, has some sage advice for anglers who target bass around and below Venice. For starters, he said, don’t ever pay attention to the tides and don’t try to figure the bass out.

“You’ve got to have it in your head in Venice … they’re not like normal bass. Either they’re there or they’re not. I tell people, don’t try to come up with all these theories on where they should be,” he said.

If they’re there, they’ll eat a 1/2- or ¾-ounce Battle Flip, and 90% of the time, Spohrer added, they’ll bite a black/blue model with a black/blue Missile D-Bomb for a trailer.

Flipping in the acres of roseau cane extracts bass — if the basser doesn’t get snagged. That’s why Spohrer designed the Battle Flip for Beast Coast.

“When they’re biting a jig, it’s actually a better tool,” he said “I’ll just flip it in the roseau cane. What’s good about the jig compared to flipping (soft plastics), you can catch 100” and don’t have to mess with getting the soft plastic up and running right each and every time while flipping.

In addition to the other features, the jig is armed with a 5/0 short-shank Gamakatsu wide-gap compact hook that contributes to the weedless concept, he said, and a recessed line tie also plays a big part of the weedless angle.

To cover water, he’ll cast around the edges of cane, the mouth of sloughs and along the edge of grass lines in ponds with a 3/8-ounce chartreuse/white/blue Delta Lures spinnerbait with a Colorado blade in front and a willow-leaf blade in the back.

Jeff Bruhl and Marsh Man Masson took an afternoon trip to Venice, La., to fish for catfish, bass and redfish. […]