If Dakota Ebare had to fish with one artificial lure anywhere in October, particularly the Red River, he’d tie on a Texas-rigged Strike King Menace Grub. And at Toledo Bend, he’ll catch bass with the same bait on a Carolina rig.

“That bait catches fish from the Red River to the St. Lawrence River,” said Ebare, who has fished and fared well at both bodies of water during his college and pro fishing career.

Ebare, 27, recently celebrated a third-place finish in the prestigious FLW Cup on Lake Hamilton in Arkansas. His $50,000 paycheck from that Aug. 9-11 event capped a highly successful rookie season on the FLW Tour.

“It looks like a crawfish. It’s a small profile bait, good to pitch around cover and stuff like that,” he said. 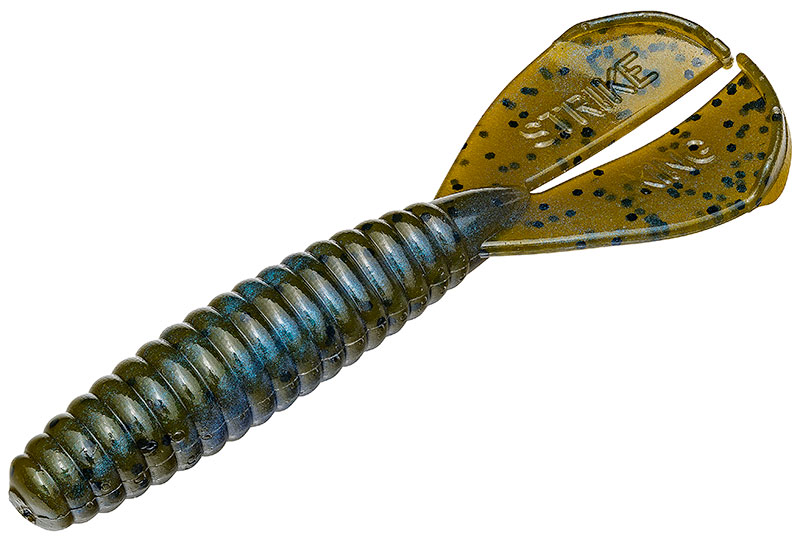 A history of positive results

Ebare, a former Tarleton State University angler who qualified for six collegiate national championships in two years, recalls impressive stringers he caught on the Menace Grub during a tournament at Red River. He pitched it around deadfalls on a flat and in a few creeks, including one with a deep undercut bank where he pulled bass after bass out from “root balls.”

He recommended fishing the soft-plastic bait in moving water on the river, if that’s possible. 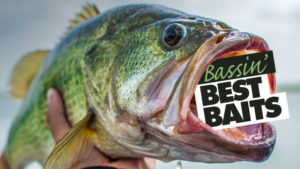 Ebare keeps it simple when it comes to colors. He favors “blue craw”  — a green pumpkin with some blue in it, and black/blue. He’ll fish them on a 3/0 Owner Jungle Hook, a flipping hook under a ¼- or ½-ounce worm weight, he said.

He likes to tie it to 16- to 18-pound test Sunline Sniper fluorocarbon in areas with less cover but in heavy cover prefers 65-pound Sunline braid.

Ebare said he occasionally starts off a trip this time of year with a small, white buzzbait, or throws a Strike King Popping Perch, a plastic frog, even after the sun gets high in the sky by targeting shady areas.