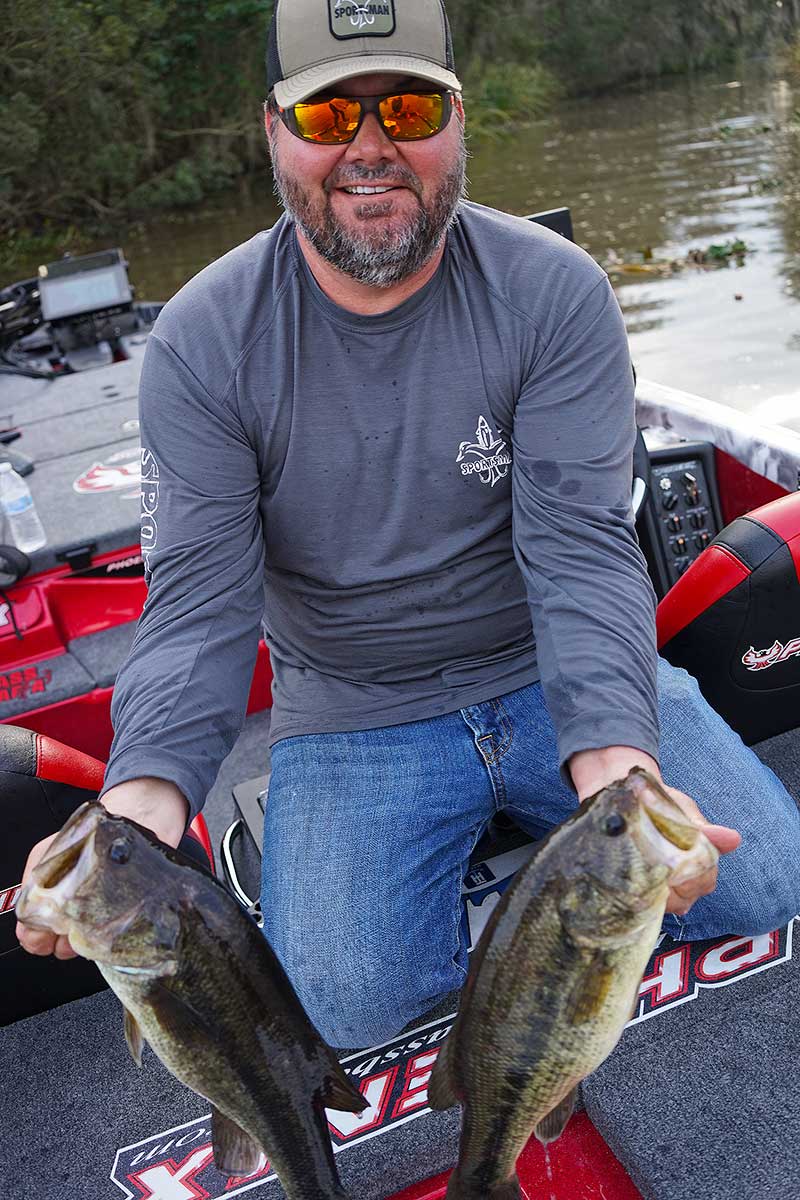 When the oven that was this summer turns down or off, bass pro Greg Hackney of Gonzales favors going up top with his favorite sputtering artificial lure for October.

“I would say October is probably my favorite month to fish. Fish become active again. You can cover water,” he said, picking a Strike King Hack Attack Select, a buzzbait.

The topwater bait triggers more and more strikes as the water temperature drops with summer changing to early fall, according to Hackney, who said there’s a 0% chance he’ll start a day of fishing this month with anything but a buzzbait in his hand.

Hackney takes advantage of the change in water conditions, but there’s more to it than that, said Hackney, a 15-time Bassmaster Classic qualifier who fishes the Major League Fishing Bass Pro Tour. There’s more to the early fall bite than just cooling water.

“The big deal is, more than water temperature, is daylight is shortening,” Hackney said. “You can really, really, have good days in the fall. Fish that haven’t been active become active again. There probably won’t be a day I don’t start with it (the buzzbait).  There are certain days when things line up right and you catch all day, catch for a longer period of time. You’ll know. They have certain weather days, like right before a front, when it will be silly. The windows of opportunity open up. The best bass fishermen are opportunists.”

He’ll make the most of the fall opportunities with the 3/8-ounce buzzbait that bears his name. It’s his signature buzzbait, one that he throws with either a black or white skirt.

Hackney often replaces the skirt this time of year with a Strike King Gurgle Toad, which comes four to a package with the buzzbait.

“I very seldom fish a buzzbait at any time of the year with a skirt,” he said. “The biggest reason I like to have a frog on my buzzbait instead of a skirt is because the hookup is so much better with the frog. The frog is like a piece of meat on my buzz bait.”

Another advantage of fishing a frog trailer is that it allows you to reel the buzzbait much slower than possible if the buzzbait has a skirt. If you slow a buzzbait with a skirt on it, the lure will sink. The soft-plastic frog more or less floats the buzzbait, he said.

Around waters close to home, Hackney noted bass are usually within 5 feet of a target area because of the depth and habitat. His buzzbait gets the attention of those bass.

The most-important thing if and when a bass angler misses connections on a bite or two on a buzzbait is to either change colors or increase the speed of the retrieve, he emphasized. The change will add bass to your catch rate.