That Crème soft-plastic worm might have heard your grandfather talk about is catching on again since it was reintroduced last year by the Tyler, Texas-based manufacturer.

Crème’s Tube Worm is a plastic worm that floats and “has that tube aspect to it,” a deadly combination, according to Brett Preuett of Monroe, a Bassmaster Elite Series angler. That look gives it a unique presentation unlike other plastic worms.

“I think it’s a really good bait. I think it’s something different than the rest of the market.… There’s just not that many that float. It seems like I definitely get some more bites,” said Preuett, who has been using the Tube Worm to catch bass consistently for about a year.

Preuett pointed out the solid head section above a hollow-body, tube tail that traps air in the cavity, that causes it to float and gives the tail’s tube tentacles a chance to undulate even when the rest of the plastic worm is motionless.

The Tube Worm was unveiled at 2019 ICAST to rave reviews and sold out at the Crème booth during the 50th annual Bassmaster Classic in early March at Alabama’s Lake Guntersville. Its success validates the 71-year-old company’s decision, prompted by popular demand, to bring back the Tube Worm, according to Mike Clark, a Crème lure designer and social-media manager who has been with the company since 1993.

The original Tube Worm was designed by Wayne Kent, whose career began as a teenager in a bait shop in Tyler, then catapulted when he and his wife, Judy, made soft plastics in their garage while he was attending Tyler Junior College and sold them to Crème founder Nick Crème.

Crème and his wife, Cosma, started their business in their Akron, Ohio, home, then opened a second plant in Tyler in 1960 and a few years later relocated the entire company to Texas. The Crèmes and the Kents, who owned and operated Knight Manufacturing Co., became business partners and eventually merged in 1989, five years after Crème’s death. Kent introduced his Tube Worm in 1976. He hired Clark in 1993, long after the production of the Tube Worm had been discontinued.

Clark said since the mid-2010s, the company has received countless requests for a comeback by the Tube Worm. Crème officials listened and brought it back in 2019. It features modern colors proven to catch bass today.

Preuett, who fished one year on the FLW Tour before joining the Bassmaster Elite Series in 2016, said he fishes it as a Carolina-rigged soft plastic and on a drop-shot. It has been effective in heavily pressured reservoirs such as Toledo Bend and Sam Rayburn, he said.

“It’s really good with the shaky head, too, for spotted bass, so when I go to a spotted bass lake, I like to throw it on a shaky head,” said Preuett, who also guides on Toledo Bend and Rayburn.

“It’s a pretty versatile bait, a little bit different. Everybody should give it a try and see what they think,” he said, noting it also can be Texas-rigged and fished on a Neko Rig. 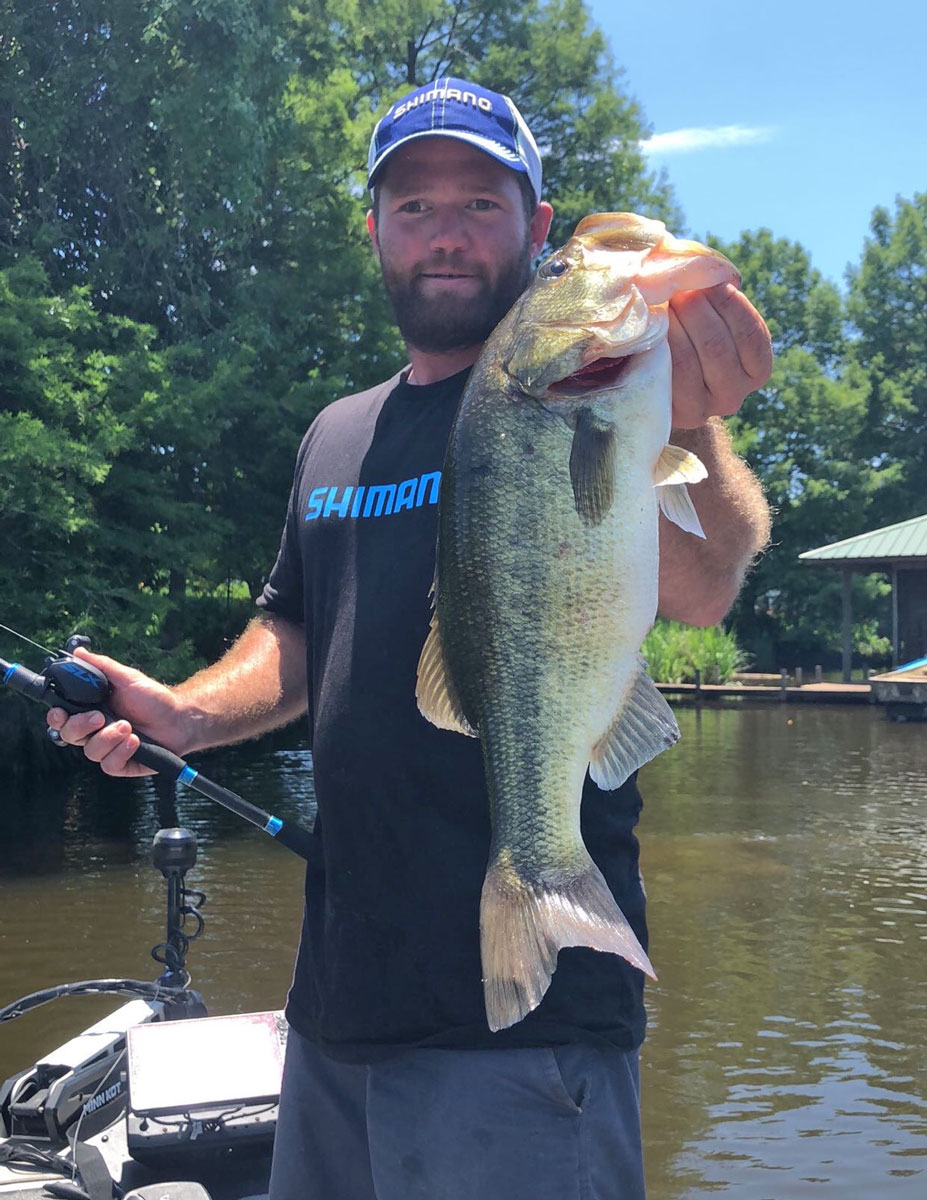 The key is to avoid imbedding a hook point below the worm’s egg sack. Preuett relies on a 3/0 Gamakatsu G-Lock hook for Carolina Rigs and a 2/0 hook for drop-shotting, while Clark recommends a 2/0 or 3/0 sproat hook.

Preuett’s favorite colors are cotton candy and watermelon magic. Other popular colors are green pumpkin, watermelon/red and junebug/red, according to Clark.

Preuett fishes the Tube Worm on a drop-shot with 10-pound test Sunline Shooter fluorocarbon — 12-pound test if in heavy cover — about 18 inches above a 3/8-ounce weight. He uses a 7-foot-3 Shimano MH spinning rod and a Shimano Stellar spinning reel.

On a Carolina rig, Preuett uses 18-pound fluorocarbon for the main line and 15-pound test fluoro tied to a 4-foot, 15-pound leader with a Bayou Rattler Sonar Ballzz under a ¾- or 1-ounce Titan Tungsten weight.

For more information on the Tube Worm and other Crème products, go to cremelure.com.