Especially when it is a 10 ½-pound largemouth bass out of one of his favorite fishing holes, Caddo Lake. That’s just what he got on March 9, two days after his birthday. The Stonewall resident was fishing with his girlfriend, Amanda Restivo, by a small group of trees in an otherwise open area where he had caught big fish before. He tossed a six-inch black and blue Zoom lizard up beside the first tree in about six feet of water and felt a solid tap.

“When I set the hook, it didn’t move for a second, then she made a run straight away from me,” he said. “I had a brand new rig with the drag down pretty tight, so I had to feather the reel button and release some line. I was really worried, even with 20-pound braid. I gained some line, then she made another run before turning and coming right to the boat. When she made that turn, we saw her surface and, oh my goodness, her mouth looked like a five-gallon bucket.”

When she came to boat, she bounced off the side and surfaced again. When she did, Corey wasted no time in grabbing her by the jaw and holding on for dear life. He had to ask a neighboring fisherman to weigh the fish and it said 10 ½ pounds. He didn’t want to kill the fish, so he put it on a piece of old nylon rope and kept it in the water. When he reached shore, he filled up a huge plastic tub with water, took her to an official weigh station not far down the road, got measurements for a replica, returned her to the lake and released her.

“That was just awesome,” he said. “To catch her, then release her to finish the spawn, it doesn’t get any better. When she swam away, she was still as feisty as when I caught her.”

Harwell laughed when asked about his gear, saying he didn’t use anything fancy. He had two rod and reels with him on the trip and he fishes out of a 1974 14-foot Alumacraft boat. 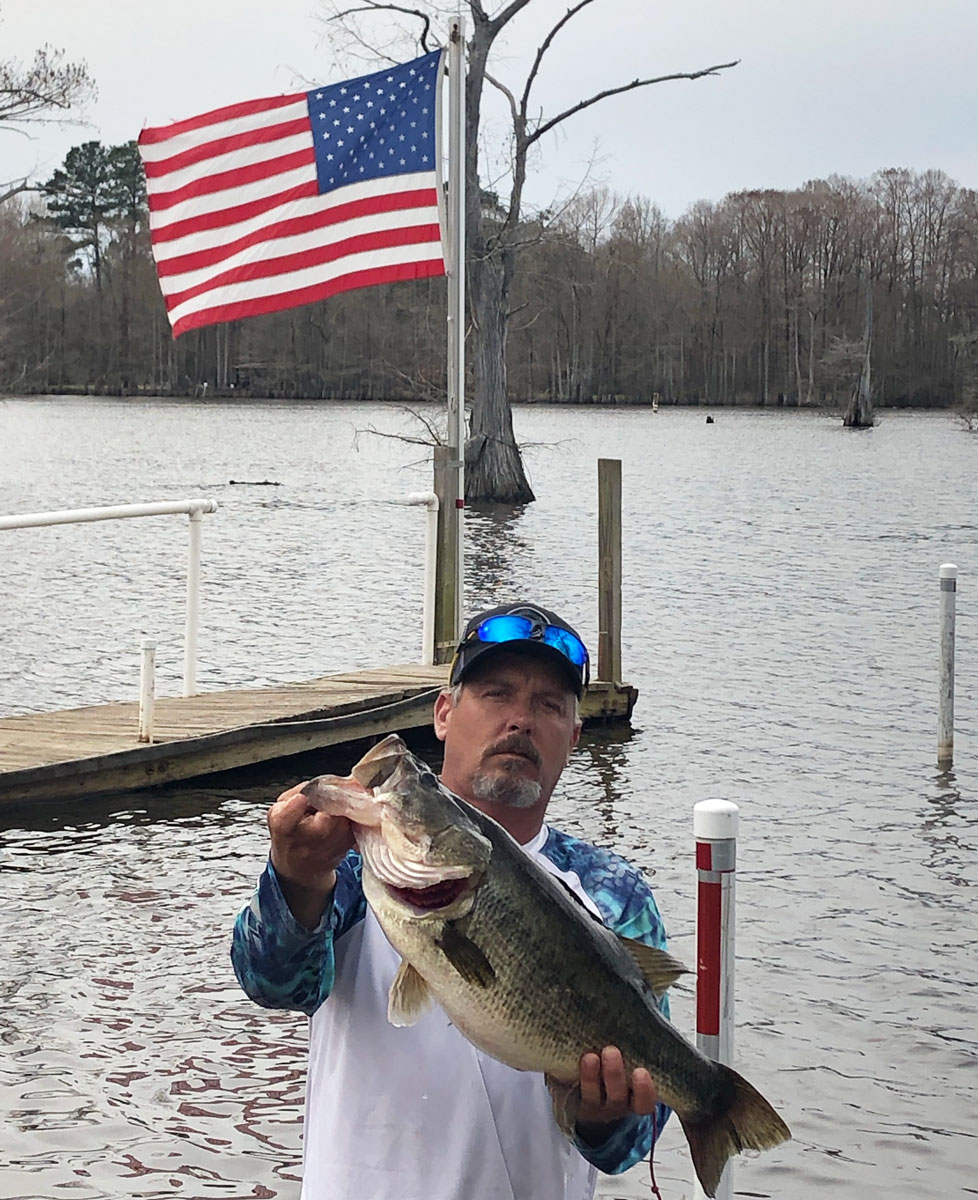