It’s already happened. An angler on Toledo Bend Reservoir caught a largemouth bass with a small blue tag behind the dorsal fin.

“That’s kind of our theme for this,” says P.D. Vinson of Leesville, originator and director of BassCashBash. “You can buy a $50 ticket and enter, and every time you make a cast on the lake you’ve registered for, you have a chance to win cash, a new boat or even a truck if you land the right fish. Don’t go, catch a tagged fish and not be entered. Don’t be that guy.” 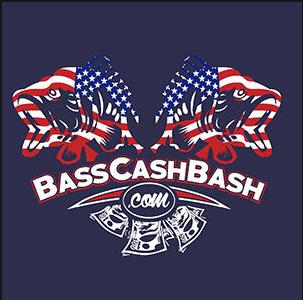 Vinson said most people like entering because it enhances the fun of their fishing trip. Every time they get a bite, they hope it’s not only a good one, but a tagged fish that will win some money.

The idea came to Vinson when he was driving home from his job at Phillips 66 in Lake Charles one day. The BassCashBash began in 2015 on Toledo Bend and has expanded the program to seven different lakes. It is similar to saltwater programs that have been popular for years but is a first for bass anglers in this region. Fish are obtained from tournaments on various areas of the lakes, tagged and then released around the lakes.

What places are included

The contest began on March 1, and fish have already been caught and turned in for prizes. One of the early winners on Toledo Bend was young Keagan Trahan of Bridge City, Texas, who had to convince his dad to enter, then caught a tagged fish that earned him $1,000 for his catch and a $500 for his bonus T-shirt entry.

“That’s my boy. He begged me to sign us up I told him no. But he kept on and on like the fourth or fifth time, I finally said okay,” said Brett Trahan, Keegan’s father. “I told him the chance of us catching one was like someone winning the lottery, and then Bam! on the first day, the second fish he caught was a tagged fish. We were so excited we left and had to stop fishing.”

The Louisiana Delta competition will end May 31 while the Caddo and Toledo prize periods end on July 4. As an added bonus, any angler who enters and who catches a 10-pound or larger bass on Toledo Bend will win $1,000 and a replica mount. The 10 pounders don’t have to be tagged — just caught by someone who is entered.