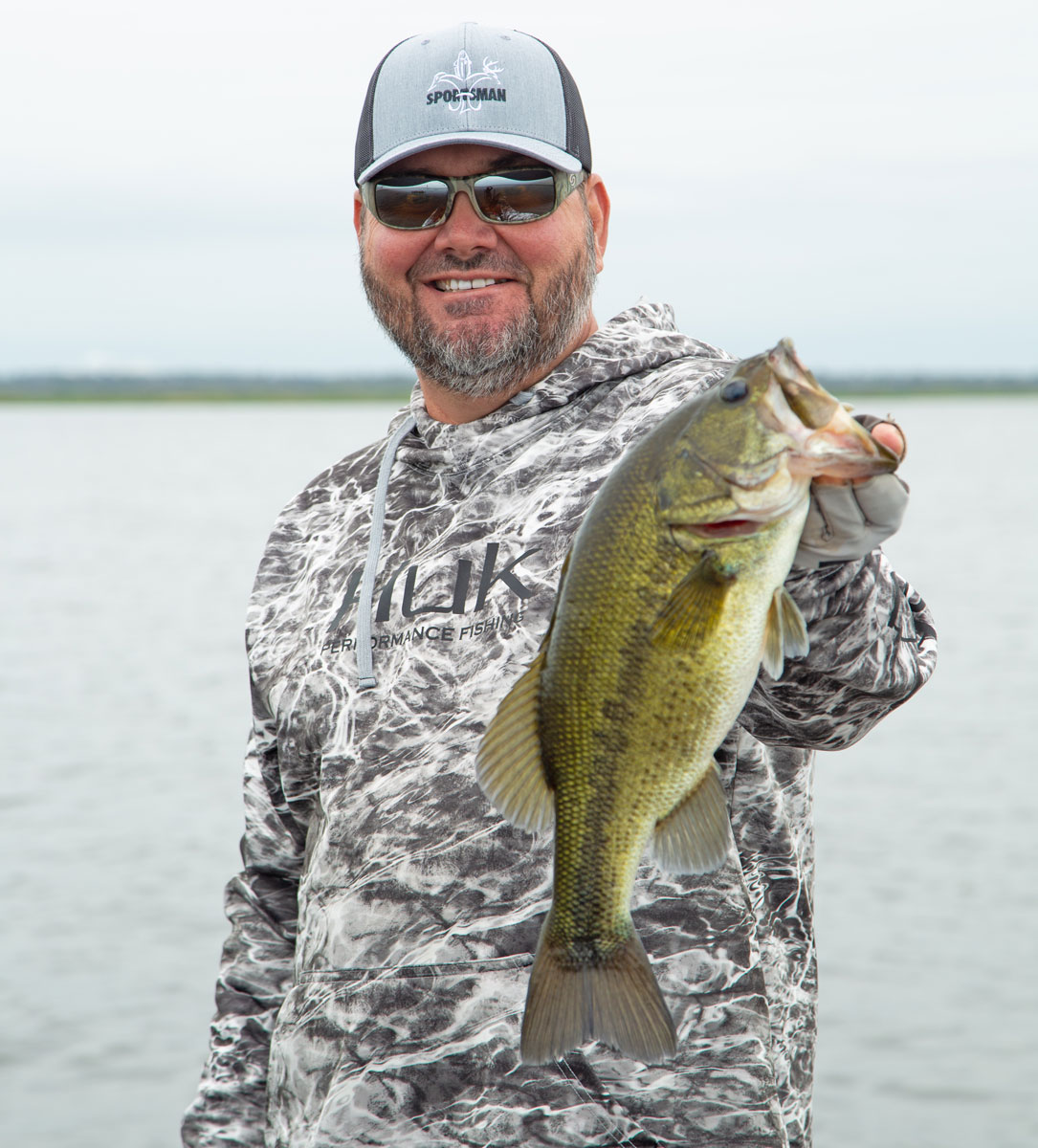 When pro bass angler Greg Hackney pulled into the boat ramp on the marsh last week, he was surprised at how many other boats were there. He was also surprised at how the bass reacted to his fall fishing tactics. The fish bit great, as he expected, but not the way he thought they would.

“This time of year, most folks have left the water for deer hunting in the woods. But there were a lot of boats there. And that’s because the fishing is so good right now,” said Hackney. “I was expecting to catch plenty of fish, and we did. But I thought we would catch them on a fall pattern, and they are still on a summer pattern.”

But he said that summer pattern comes with a twist.

“They are biting much better than they do in July, August or September. So they are beginning to feel the impact of fall. But the vegetation is still growing strong, and the water temperature is about 73 degrees. And that’s still a little warm for this late in October. So the bass are biting in that vegetation. They’re biting better like it’s fall. But they’re biting in summer spots, and on summer lures,” he said.

Hackney started the day by throwing spinnerbaits, which is his favorite way to fish in the fall. But the fish just weren’t responding positively. Once he reverted back to his summer style of fishing, he said the bite was on. And it stayed on throughout the day.

The fish are easing into the fall transition

“That’s another thing about the bass right now. You don’t necessarily have to get there first thing in the morning. They are biting all day long, and that is typical of fall fishing. They just aren’t off their summer spots yet. They also aren’t chasing shad like they will once the true fall weather gets here,” he said. “The fish just have not made that fall transition yet, other than they are biting better.”

“I caught most of my fish punching mats under high sun in matted hydrilla. I went out there with full anticipation of throwing around a buzzbait and a spinnerbait. But that bite just hasn’t happened yet,” he said. 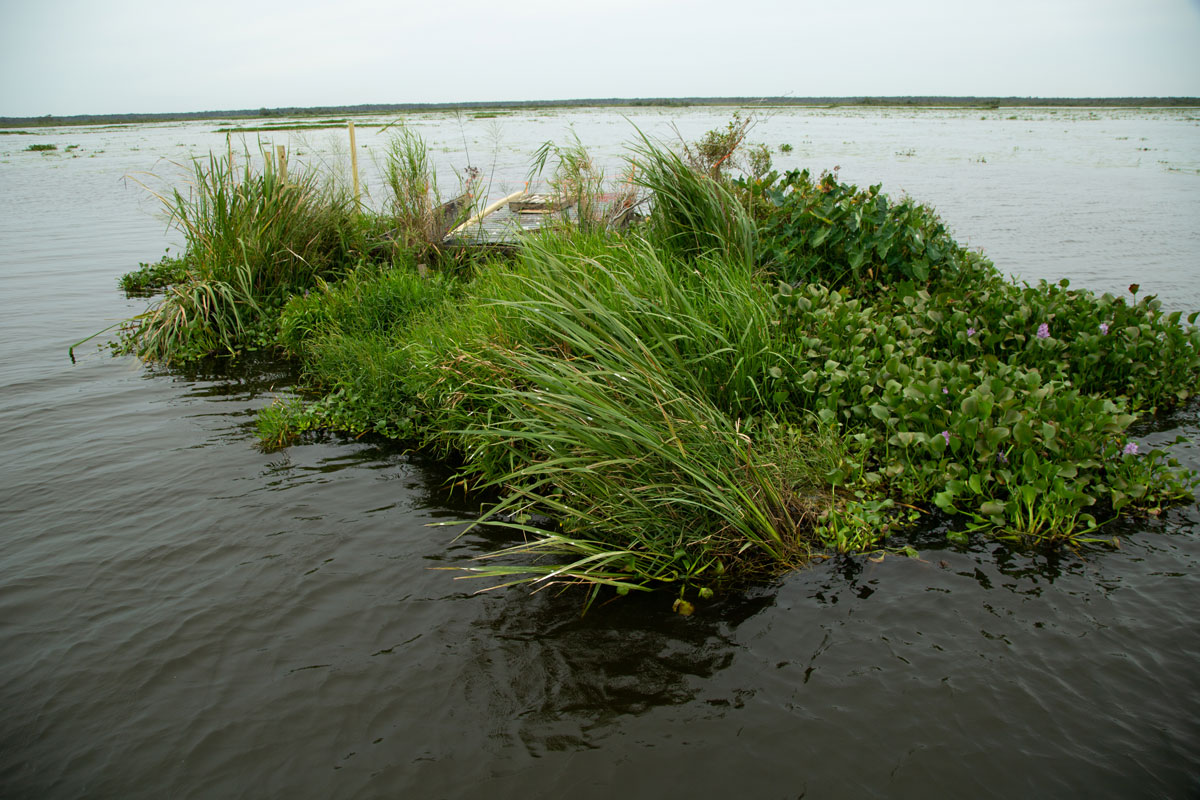 “All the ones I caught in vegetation mats were on a Strike King Rage Bug in black and blue. I fished them on a 1 ¼-ounce tungsten slip sinker. Later in the day, I also caught some around isolated cover in deeper water on a 1/2-ounce black and blue jig. I caught several really big fish on that jig. The bites come fewer on that isolated cover than the vegetation mats. But it’s bigger fish,” he said.

Hackney said as good as the bite is right now, the best bite is yet to come. And he expects it to happen within the next couple of weeks.

Bass are still thin like they are during summer

“There’s no doubt, the fishing is good right now, but once that vegetation starts dying back, that’s when the real fun will start. And the fish will really put on the feed bag then. They are still not blown up yet like they typically are in the fall when they really start feeding heavily,” he said.

A good indicator of the time being just right is when you can put away your lawnmower for the rest of the year.

“Everything is still green right now. It still looks like summer. I’m still having to mow my lawn. Once your yard quits growing, that’s when you know the true fall weather is here. And that’s when the bass will get into the feeding mood, because they know winter is coming,” he said. 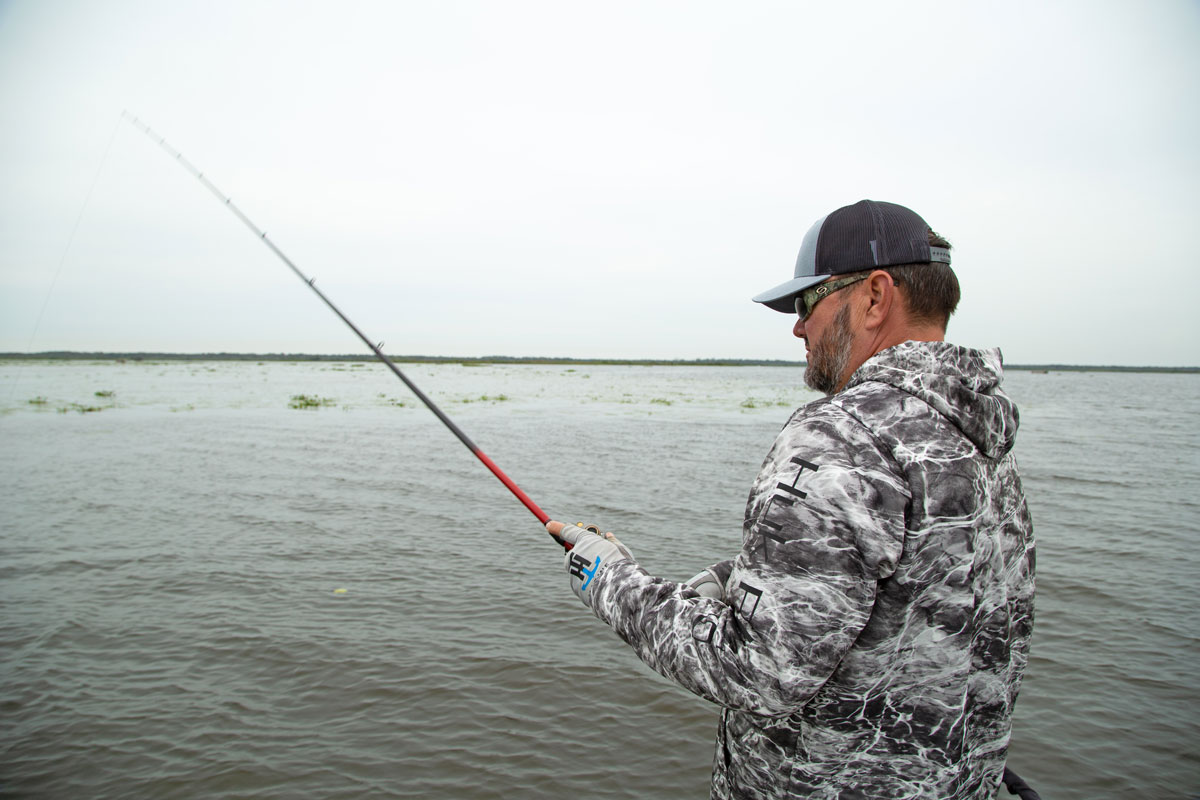 And when that happens, Hackney said the fishing will be easy for anglers, as long as they find the main fall-weather ingredient that bass will key on.

“Once the cool weather sets in, they’ll start gorging. Then all you’ll have to do is find the schools of shad and fish around them with a buzzbait or spinnerbait. Really, once that starts, you can fish any way you want. As long as you’re around the shad, you’ll catch them,” he said. “We’re still a couple of weeks away. But every cold front helps.”

About Brian Cope 134 Articles
Brian Cope of Edisto Island, S.C., is a retired Air Force combat communications technician. He has a B.A. in English Literature from the University of South Carolina and has been writing about the outdoors since 2006. He’s spent half his life hunting and fishing. The rest, he said, has been wasted.