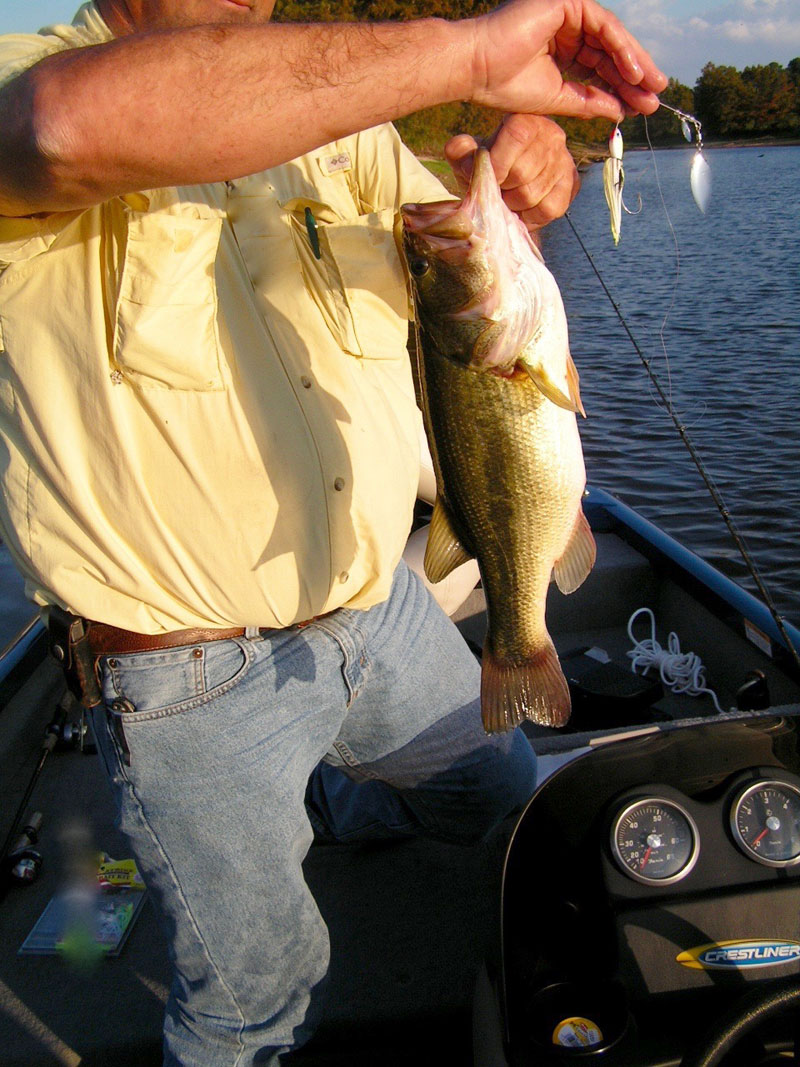 Everybody’s got a best fishing buddy. I must admit, mine is George. We enjoy fishing together. We enjoy taking in the wonders of God’s creation. And we especially enjoy giving each other the kind of hard time that isn’t socially acceptable anywhere but in a boat.

One Sunday morning, our preacher boldly stated we should be nice to everybody all the time. As soon as he said it, George and I looked around the congregation until we made eye contact and we both shook our head in disapproval. Not to contradict a man of the cloth, but the preacher just didn’t know. The uglier we were to each other, the more stinging the barbs, the more fish we catch. If we were nice all the time in the boat, we’d never catch a fish.

One day George and I went fishing and it was a beautiful day. We slipped off to a large private lake in the woods affectionately called the Aquarium because it has so many fish that even his son, Little George, can catch them. And since we weren’t bream fishing, Mrs. George, didn’t mind.

I have to confess, George’s name isn’t really George. That’s his main alias. You see, George is in the Witness Protection Program, He isn’t even supposed to go out in public, much less get his picture made or be written about. He never takes off his sunglasses and I have to blur his face in our fishing pictures. But I’m so much fun to fish with, he’s willing to take the risk.

The rock ramp at the Aquarium isn’t in the best shape, so on this trip I un-hitched my boat from my old two-wheel drive truck and waited for George to hook it to his big old loud four-wheel drive work truck.

We had stopped short of the ramp near a big stately old oak, mainly be-cause it was August-in-Louisiana hot. And here, there was shade. I was at the back of the boat taking off the tie-down straps. George was at the front of the boat securing the trailer to the hitch. All of a sudden he started hollering (it was something like eeeeeiiiii — oooorrggghhh – yaaaaiiiiieeeeee), flailing his arms up in the air and running in a tight circle.

Now, I must point out that it is not unusual for George to exhibit this type of unexplainable behavior when we are fishing together. But it’s usually when something happens like him saying, “I’ve already fished that top good . . . there’s nothing there” and then I throw in there and catch a three pounder.

Or when he loses a big one at the boat and asks, “Man, did you see that?”

As George grabbed one ear lobe, then the next, I noticed about a dozen yellow jackets buzzing around him. Now, I don’t know why God put yellow jackets on this earth. And I don’t know why they bite you on the ear lobe, although George does have fairly big ears. I “Googled” it to try and find an answer, but still have none. I did find out that yellow jackets’ closest relatives are hornets and they closely resemble each other, but apparently hornets have more distance from the eyes to the back of the head.

In my book, If you are close enough to be able to see that, you are in deep trouble no matter how many entomology classes you have taken.

In a matter of seconds, George and I were both about 30 yards from the boat and we noticed a whirlwind of yellow jackets coming out of the ground not too far from the place we had parked. One of us had stirred them up somehow. It was probably the gray smoke puffing from the extra large exhaust pipe on George’s big old loud four-wheel drive work truck aimed right at their below-ground home hole.

Had George not been stung already on both ears, it would have been a sight to see. I must take some blame here. I parked my truck there first.

But after doing more research, it was really George’s fault. He was wearing a bright yellow shirt and a dark red cap. Colors like dark red will sometimes be interpreted as natural predators for yellow jackets, according to the good folks at Orkin.Google.World. Also, if you wear bright colors like yellow, these pests might mistake you for a flower. And if you wear cheap cologne like George’s 18-year-old British Sterling for Men, it just makes it worse. No wonder they went right at him.

On the other hand, I stayed safe standing there in my pine tree green fishing shirt looking like a big flowerless bush with only a small hint of deet fragrance from mosquito repellant.

That’s not really important at this point, but could serve to help others fishing this time of year in yellow jacket country. And while I’m being helpful, let me add that wearing white is best, again according to the Orkin man. This lack of color will typically make yellow jackets and bees leave you alone. That’s why beekeepers wear white.

Look, a couple of those yellow jackets can put a full grown man into a full blown run for his life. We were fortunate there was another fisherman at the ramp smoking a cigarette. We borrowed one, took out the tobacco and moistened it and George put it on his ear — a poultice I think you call it. He would not let me take pictures of this. In a minute, this old home remedy helped some, the yellow jackets had settled back to their regular territory and we snuck over, got the boat and went on fishing.

So back to our fishing trip. I can add modestly here that I actually caught a nice 4-pound bass on my first cast.

“Well, I’ll be John Brown,” George said. I didn’t say anything, but wondered if that was one of his new aliases.

George had a little tougher time getting started. He was obviously hurting and a bit nervous. We both ended up catching quite a few bass that afternoon. But every time George got a “bite,” instead of setting the hook, he got all jumpy and started swatting around. It’s hard to set the hook on a bass that way.

He denied that was happening. And being somewhat of a trained bugologist himself, informed me curtly that yellow jackets don’t bite anyway — they sting. Bass bite. Well, for most of us.

Keep the bugs at bay while you’re fishing with the Thermacell MR300 Mossy Oak Fishing Bundle. […]

THE KULA cooler is a high-quality, round, rotomolded cooler that offers unique benefits, […]