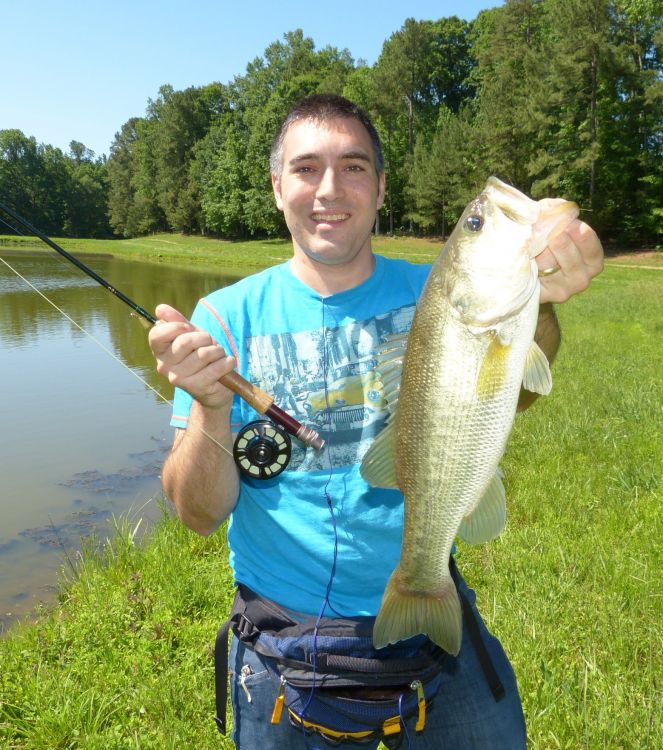 A time to reflect and shore up experience

I get these calls all the time. It goes something like this: “I’m new to fly fishing and looking to get an outfit. I’ve got a trip planned with a guide to the coast (or Montana) in a couple of weeks.”

At which point I’m wanting to pull hair from my head. Except at my age, every follicle matters!

While most guides love to take newcomers, the fact remains that they would prefer putting their clients on fish, having them catch fish, and not giving an all-day lesson.

As with so many other endeavors, knowledge from books, videos, or the Internet is no match for experience. Experience that can be gained on a nearby pond.

A lot of fly tackle retailers are well aware of this and now offer on-the-water workshops that supplement their fly fishing basics courses.

It was on our neighborhood pond some 35 years ago that I taught myself how to shoot line, to build leaders, to handle big fish on a limber rod, and to negotiate the wind. I learned how to make roll casts, curve casts, reach mend casts, double haul and pendulum casts — all of which have served me on a variety of different waters.

And while in our sport the learning never ends, the fact is that fly fishing a pond is its own reward.

There have been many memorable days on ponds. One such day happened earlier this year. My older son had an invitation to fish a friend’s farm pond.

Before we left his house, preparations were made. In addition to tackle, some of the important items for bank fishing include: sunscreen, polarized sunglasses, a cap, a small net, a fish towel, and bottled water or sport drink.

My lumbar pack was also checked for flies, several spools of tippet material, small floats, nippers to cut line, a fine pair of pliers to remove hooks and flatten barbs, a cheap pair of reading glasses to tie flies, and a few first-aid items.

As important as anything are boots. The shorelines of ponds can be muddy or covered in tall grass. And always be careful of where you step to avoid Mr. No Shoulders!

No sooner had we arrived at the water, I noticed large rings with dark centers — bream spawning beds.

By now it was mid-morning and there were no fish on the beds. Again, experience told me they were likely in the darker (deeper) water several feet beyond the shallow beds.

I tied on a size 12 Rosborough Hare’s Ear on 4X tippet and slipped on a small football indicator about 3 feet above.

After making the cast to the intended area, experience took over. It told me to let the float sit still for several seconds while the fly descended. It was on the descent that the strike came.

On this day I was using a moderate-action 3-weight. The size of these bream was enough to double the rod during the fight.

On occasion, one of these large gobbules would make a run and I’d have to give up some line or risk breaking off. Again, one of those small details you should learn to perfect before going after big reds, bass, or brown trout!

Speaking of bass, a few minutes later I heard this loud splash some fifty yards down the bank. I looked up to see my son grimacing as he tried to subdue some unseen denizen.

He too was using an identical 3-weight setup and this fish seemed like a real challenge for such an ultralight rod.

I ran over and warned him to not bring his fly rod too far back. Any rod — fly or conventional — should be no more than 45 degrees when fighting a large fish.

He quickly remembered his fundamentals and began to use side pressure to bring the fish in. When the fish swam to the left, he applied pressure from the right. And vice-versa.

It jumped again and was obviously a big bass. We managed to bring it to the net still in good shape.

With all these fish, we kept them in the net until just before we take photographs. Then slide them back in the water making sure they are in good condition.

Which brings up the most important lesson learned from pond fishing — conservation.

Keeping a few fish won’t hurt a pond. In some cases, it helps with the population dynamics. But as Lee Wulff once said, “A fish is too valuable to be caught only once.”

On this morning, we caught a lot of fish — some big. Just as important, we enjoyed a nice morning, the sound of birds, and the relaxation. A pond reminds us that fishing is more than catching fish.

About Catch Cormier 275 Articles
Glen ‘Catch’ Cormier has pursued fish on the fly for 30 years. A certified casting instructor and renowned fly tier, he and his family live in Baton Rouge.