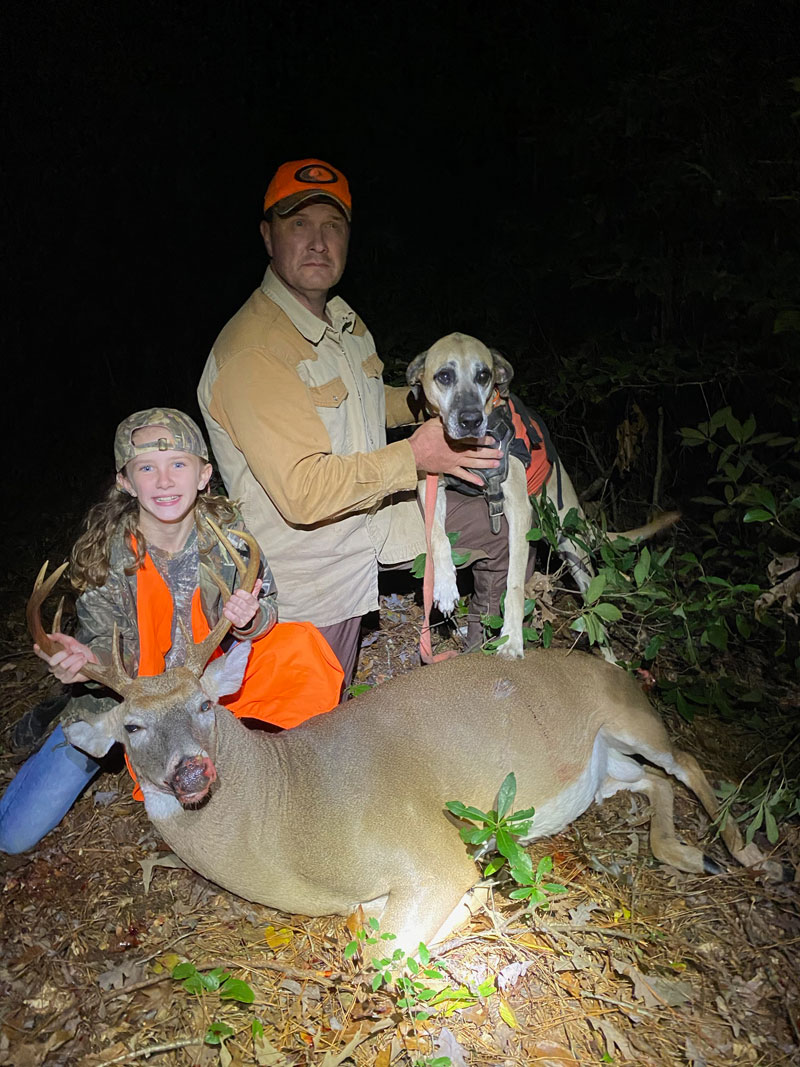 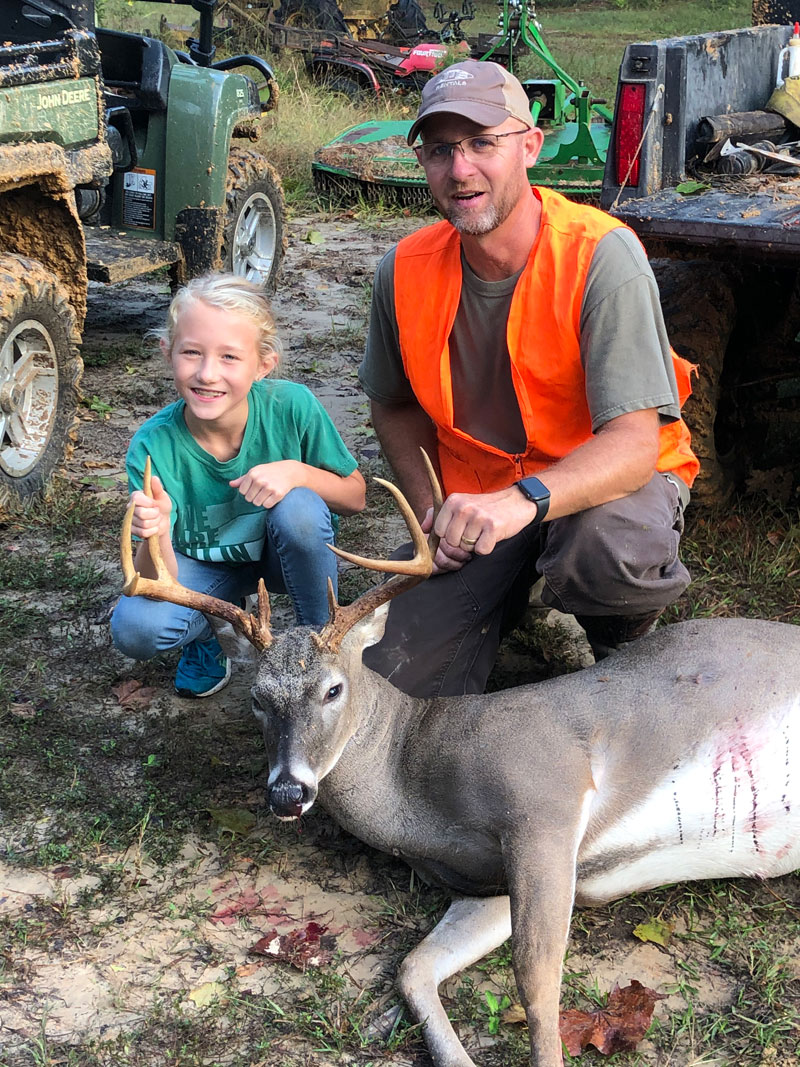 After Lillie shot her buck,  no blood could be found. Her uncle, Gary Cobb, and Scout (Blackmouth Cur dog) arrived to help track the deer and found it after 12 hours being shot with no blood trail.

Gracie shot and missed her buck the morning of Oct. 31. She then decided not to go trick or treating and instead went hunting that afternoon. After the buck came out twice she finally got the fatal shot on him the third time he appeared. With no blood trail, her uncle and Scout returned to track it down.